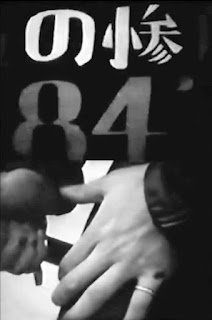 ... aka: 血の惨劇
... aka: Blood Tragedy
... aka: Scourge of Blood
Directed by:
Shozin Fukui
An early short (either his first ever or at least the first one that's currently available) from the director of later weird flicks like 964 Pinocchio (1991) and Rubber's Lover (1996). So what do we get crammed into just 3 minutes? Well, I suppose quite a bit stylistically but next to nothing otherwise.
A young man is walking along the riverbank by himself. Another man, dressed like a punk rocker with messy hair and black leather jacket, walks toward him. As the two near each other, the punker pulls out a switchblade and then the man starts running for his life. During the chase that ensues, the man falls down, almost gets stabbed, gets back up, runs, falls again, starts rolling around on the ground with the attacker, gets the knife away from the punk, stabs him in the leg and then the relentless punker pulls it out and finally stabs the other guy to death as blood shoots all over the camera lens. The punk then smiles, laughs and merrily runs away like he just won the lottery. It's amateurishly photographed, flash-edited like a music video and scored with a noisy, tuneless Japanese punk song. This probably would have been great as some kind of promotional video for the band whose music featured or something for them to show in the background as they performed, and may, in fact, actually been used as such at one time. 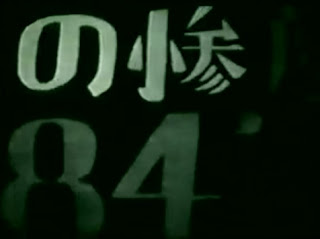 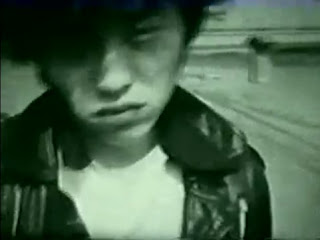 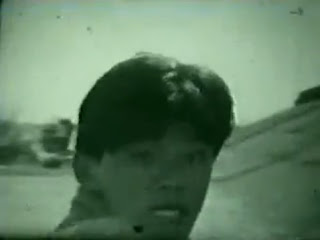 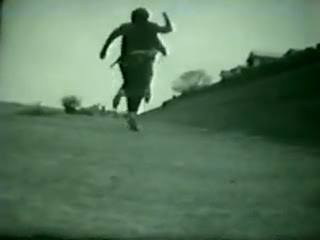 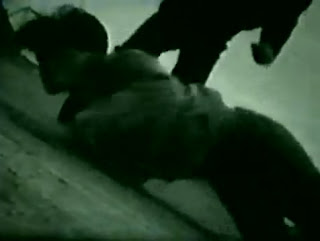 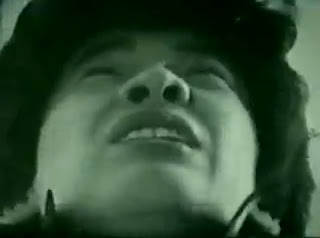 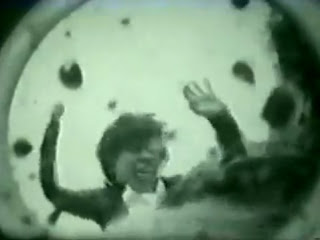 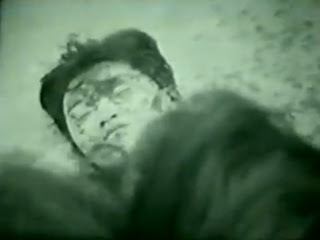 Fukui also made the short GERORISUTO, which was filmed in 1986 but not released until 1990 and basically just consists of a girl acting weird and then puking a lot, and the 33-minute cyberpunk film Caterpillar (1988).
★★
Posted by The Bloody Pit of Horror at 1:53 PM