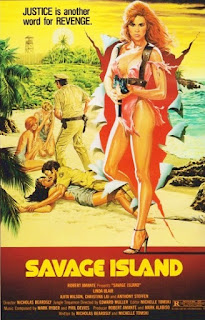 
Charles Bands' Empire Pictures acquired the U.S. release rights to the sleazy Italian / Spanish women-in-prison films Femmine infernali (aka ESCAPE FROM HELL) and Orinoco: Prigioniere del sesso (aka Orinoco: Prison of Sex or HOTEL PARADISE), which were filmed back-to-back and released in 1980. Wizard Video issued the former on home video under the title Escape in 1984, but didn't release the second of the two as is. Instead, they cobbled together some footage from it, some footage from Escape and added about 15 minutes of bookmarking footage plus narration in an attempt to tie it all together, thus creating this third “new” movie. Some new credits were attached that managed to incorrectly match nearly all of the original films' stars to the wrong roles. Someone then whipped up a poster featuring Linda Blair (“star” of the new footage) in a skimpy bathing suit holding an Uzi and called it Savage Island. Island was released to theaters in 1985 and made its way onto home video later that same year on the Empire sub label Force Video. Needless to say, the entire thing is such a huge mess that both the director and Band ("Robert Amante") opted for aliases. 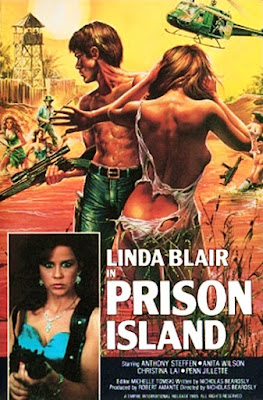 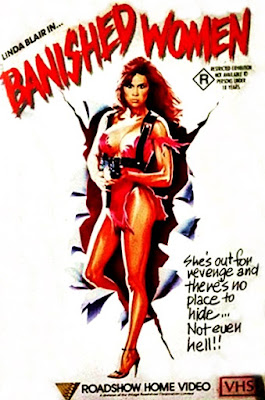 We open with the buried-girl-killed-by-python death from Escape, before meeting the well-dressed Ms. Daly (Blair). She steps out of a car, scowls, walks into a high rise office building, encounters a security guard and puts a bullet in the head after he insists she sign the register. This broad means business! The guard, by the way, is played by comedian / magician Penn Jillette in his film debut and he gets to spit out about three lines before he's shot dead. Daly goes upstairs, insists on seeing Mr. Luker (Leon Askin) and is soon holding him at gunpoint recounting her story. Daly was one of a hundred female prisoners promised shorter sentences if they went to work for Luker's island camp. “What they didn't tell me was that one week on your Emerald Island is like a thousand years in the shittiest South American hole!,” Blair angrily informs him. Turns out Daly along with the rest of the women were treated little better than slaves, plus were regularly tortured and killed. Since her escape two years earlier, Daly put together a plan to overthrow Emerald Island and she's managed to finally pull it off. We then jump back “four days ago” to see how it all went down as Blair occasionally chirps in to narrate. 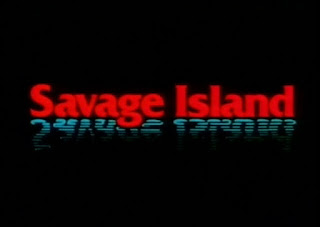 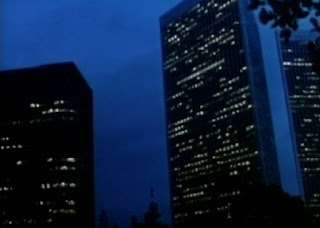 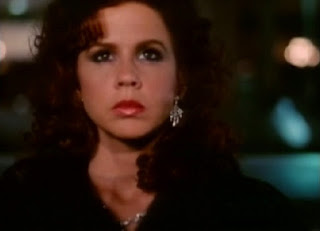 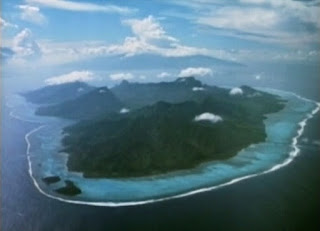 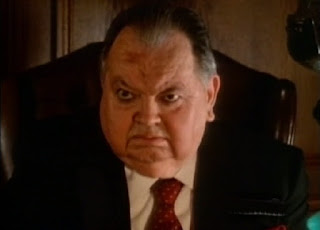 We meet prisoner Maria (Cristina Lay), who's on a transport boat headed to the work camp being captained by Orinoco (Stelio Candelli). Though Maria claims she's there for “stealing from a fat old bitch and her sex starved husband,” she's actually Daly's partner going undercover. Cutting across the jungle in hopes of intercepting the boat is Daly's other partner Laredo (Anthony Steffen). He, along with a bunch of hired jewel thieves, end up clashing with Orinoco's group. They kill the guards and Laredo convinces Orinoco and his men to come over to their side by promising he'll be paid handsomely for his efforts. Pretty much exactly how it went down in Hotel Paradise only with some slight changes. The gang finally arrive at the prison, the ladies are thrown in with the wolves while the guys do their conspiring without so much as breaking a fingernail until the very end. 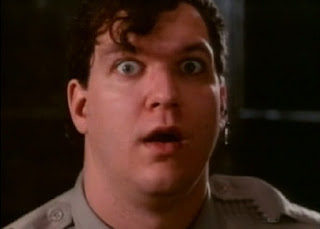 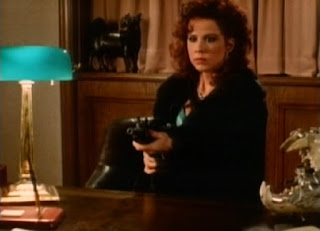 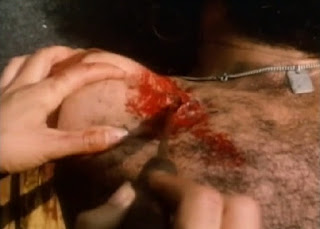 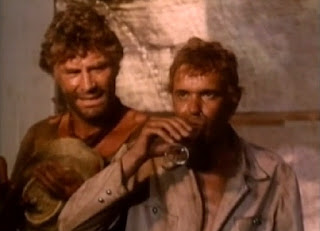 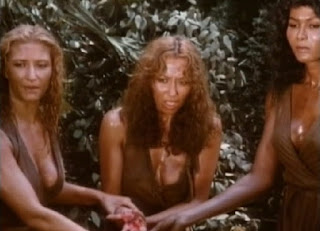 After Maria meets her new cellmates Muriel (Ajita Wilson), Mary (Maite Nicote) and Kate (Cintia Lodetti), the girls go to work mining for emeralds while lash happy guards walk around barking out things like “Quit fuckin' around fat ass!” and “You good for nothing bitches!” This very much keeps in tune with the original films' near-constant parade of nudity, including the nude cat fights, nude torture, nude stream bathing, lounging around the cell in the nude and, rather ingeniously, combining the outdoor shower scene from Escape and the outdoor shower scene from Hotel to make an even longer shower scene. However, while this does keep in much of the full female nudity, it gets rid of the more explicit shots present in the originals plus removes all of the soft-core sex and rape scenes. The nastier torture and whipping scenes didn't make the cut either, likely so this could secure a U.S. R rating. 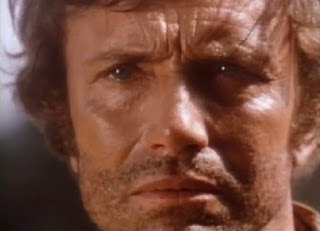 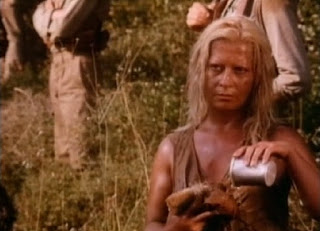 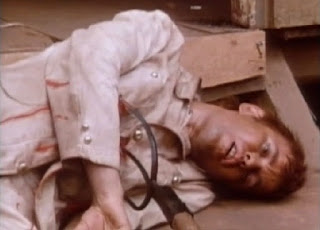 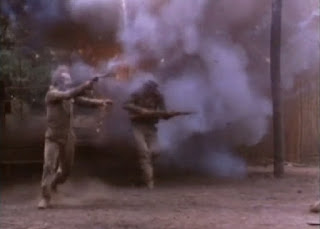 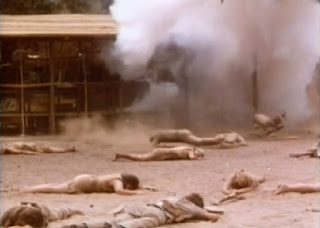 What this film cannot do is combine two different films with similar yet slightly different plots and still keep everything coherent. Just as the credits themselves are jacked up, this hatchet-job (which was mostly re-dubbed for this release) switches around characters and character names like it's nothing. One actor who played a sadistic guard in Escape but one of the heroic revolutionaries in Hotel starts out as a heroic revolutionary with one name but then becomes a sadistic guard with another name that was already given to one of the other guards. At least three different characters are called Paco at various points and this keeps both the sadistic warden from Escape (played by Luciano Pigozzi) AND the sadistic warden from Hotel (played by Luciano Rossi), so depending on the scene it's impossible to tell who's even running this place. For the record, the majority of the recycled footage seen here comes from Hotel, though this finishes out by putting both of the films' big finales back to back!


We then return to Daly, who demands the jewels in Luker's safe as compensation for the hell she and her friends went through. She snarls out a few one-liners (“All that horror for two little bags of green SHIT!”), shoots both Luker and his bodyguard (Dirk Kancilia) dead and then gets what she came for. The end. 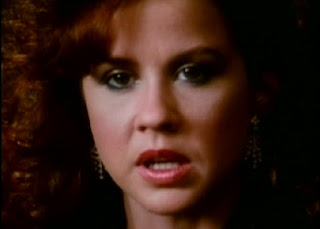 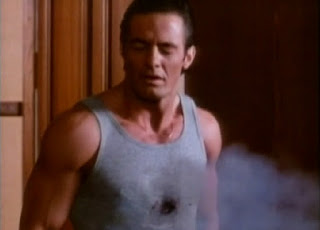 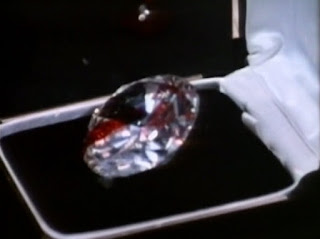 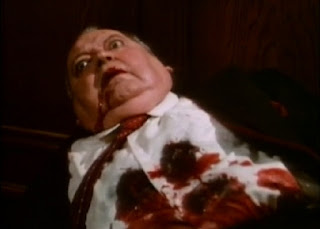 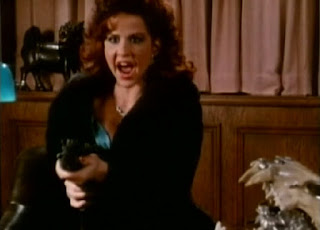 Watching this misbegotten project made me wonder why in the hell they didn't just release the superior Hotel Paradise as is with a few needed cuts since they'd already done that with Escape. It likely boiled down to it not having any kind of name recognition here in the states. Perhaps it was a smart business decision and being able to promote the film using Blair's name made it more profitable than it otherwise would have been. Either way, her screen time amounts to less than 10 minutes and she reportedly filmed all of her scenes in a single day. The editing, continuity and new dialogue are all terrible, the transfer of the original footage is way too dark (the night scenes are almost impossible to make out) and, despite the enticing poster, Linda's never on a beach in a bathing suit brandishing a gun. Afterward, you may feel compelled to cleanse your palate with a viewing of Chained Heat. Hell, Red Heat even.

Yeah, this just looks bad. And here we are years later and Band still mixes in two or three movies and calls it new.

"linda blair only appears in the bookends (boo!). she walks into a hotel, kills the security guard (penn jillette!) when he asks her to sign in, then narrates over 90 minutes of unrelated footage culled from two or more drab-looking italian WIP actioners. interminable bait-and-switch filled with people i don't know or care about, doing things i often couldn't even see. there's a long section of almost total blackness during a midnight raid on a prison camp that changes to bright day-time somewhere in the middle. at the end of the movie, we're supposed to believe the entire time blair has been holding forth no-one has discovered the dead guy in the lobby. hmm."

I noticed a whole bunch of "new" Full Moon productions turned up on Hulu only to find out they're all re-titled and repackaged older films or older films cut up to 25-30 minutes and presented as an anthology (like 'The Dead Reborn' = The Dead Hate the Living + Prison of the Dead + Hell Asylum). Urgh!

"there's a long section of almost total blackness during a midnight raid on a prison camp that changes to bright day-time somewhere in the middle."

I'm not sure why the night scenes are so dark in SI. They're not like that in the original films.

at least NIGHT TRAIN TO TERROR made me want to see that "death-club" movie in full.

about full-moon: one of the later PUPPETMASTERs is supposed to be largely made up of footage from previous entries.

Death Wish Club is very strange and actually pretty interesting. I enjoyed it.

Yep, I believe that is Puppet Master: The Legacy but I wouldn't be surprised if there is another one. Kind of pissed Hulu has crowded out their horror section with all of those recycled titles / fake anthologies.

I have never seen the PRISON ISLAND title used before. From what country is that box art?

"Prison Island" is the Swedish video release. The same cover art was used for the Danish VHS except the picture of Blair with the gun is on the back cover.