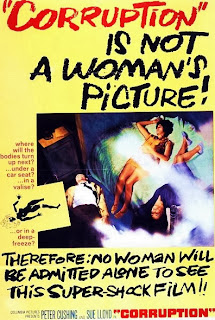 
Wealthy, esteemed surgeon Sir John Rowan (Peter Cushing) can't resist his beautiful model girlfriend Lynn Nolan (Sue Lloyd). Despite the fact he's about thirty years her senior and the two appear to have almost nothing common, they plan on soon being married. After a long, exhausting day of work, John is talked into attending a wild party being hosted by Lynn's obnoxious photographer Mike Orme (Anthony Booth). When Mike attempts to get Lynn to pose nude for an impromptu photo session in front of all the guests, he and John get into a fistfight, a large flood lamp is accidentally knocked over, hits Lynn directly in the head and ends up burning and disfiguring half of her face. She's taken to a hospital, where John's colleague, Dr. Steve Harris (Noel Trevarthen), does what he can, but extensive and painful plastic surgery will be needed to restore Lynn to her former glory... and even then she won't quite be the same. Lynn's sister Val (Kate O'Mara) flies in to help out after John takes his depressed, suicidal fiancée back home. What's a brilliant surgeon to do? If you've seen EYES WITHOUT A FACE (1960), THE AWFUL DR. ORLOFF (1962) or any number of other films dealing with this exact same subject matter, you'll have no problem figuring it all out. 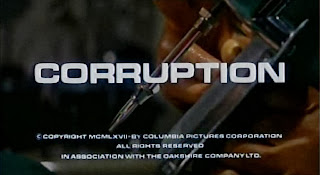 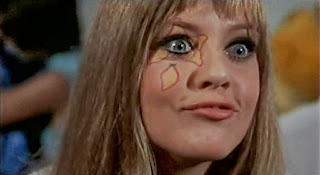 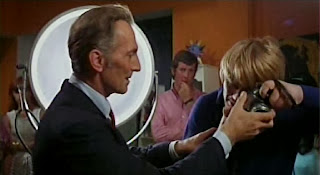 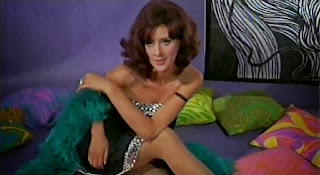 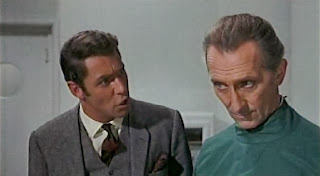 John hits the books, starts experimenting with guinea pigs and finally hatches a new plan to restore Lynn's good looks. The only problem is he'll need some raw materials to work with. Thankfully he's able to get those by raiding the morgue where he works. John creates a formula using human pituitary glands which, when used in conjunction with a high-powered laser, manipulate the endocrine system and promote new tissue growth. Val assists him in the trial operation, which turns out to be a success. Lynn's face looks better than ever. She and John go on a celebratory cruise, which is called off early when the operation backfires. It turns out, the effects are only short-term. Now back at square one, John then decides he needs fresher material. Since both he and Lynn are starting to go a little mad, they resort to murder to get them. John starts off by killing an airhead hooker (Jan Waters) in her flat. Even with a fresher pituitary gland, the effects also don't last for very long. Lynn and the increasingly paranoid John eventually retreat to his seaside summer cottage for more of the same. 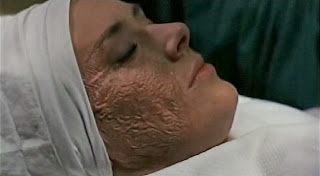 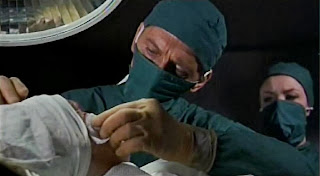 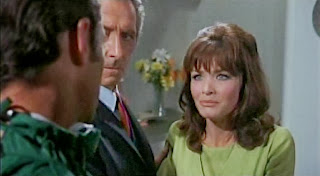 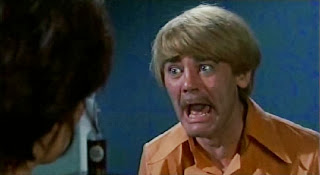 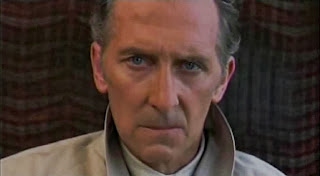 Corruption basically transplants star Cushing's patented mad doctor character to hedonistic late 60s swingin' London. Though utterly ridiculous, this does stand out among Cushing's other films from the same time in that it's much trashier, goofier and more mean-spirited. The period films he was doing for Hammer, severed limbs, "full-blooded color" and all, were restrained and downright classy compared to this one. Cushing decapitates a woman (Valerie Van Ost) aboard a train and puts her head in the freezer and things get really hysterical toward the end during a speeded-up chase around some rock cliffs on the beach and when teenage runway Terry (Wendy Varnals) ends up staying in the home, which eventually leads to a home invasion by the group of unbelievable beatnik burglars (played by David Lodge, Phillip Manikum, Billy Murray and Alexandra Dane) she usually runs around with. The (hilarious) finale features nearly the entire principle cast being wiped out when Dr. Rowan's laser suddenly goes berserk and starts zapping everyone dead. 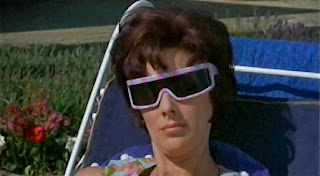 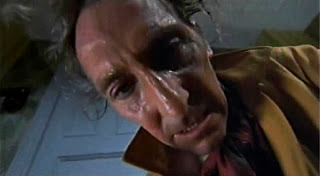 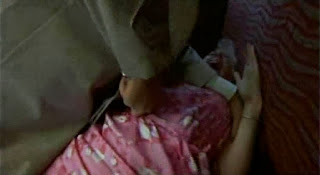 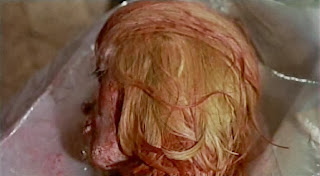 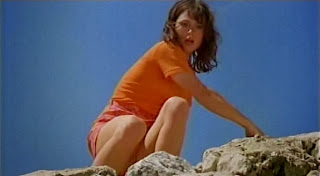 Cushing gives his usual solid performance in a more-manic-than-usual role and is frequently seen drenched in sweat with messed hair and bugged out eyes, looking like utter hell via fish eyed camera shots. Lloyd is quite good in her role also. It's also interesting in that - unlike other films of this type - the tortured, disfigured female lead isn't the least bit sympathetic. In fact, she's extremely narcissistic (her idea of a gift is buying her man photography equipment so he can take photos of her), manipulative and heartless; demanding her reluctant future-husband go out and kill simply so she can maintain her good looks. The critical response at the time was mostly negative, but initial distributor Columbia did whip up a memorably amusing ad campaign ("Corruption is not a woman's picture! Therefore: No woman will be admitted alone to see this super-shock film!!") It's been unavailable on home video here; never garnering a DVD or VHS release in America, though it does sometimes pop up on Turner Classic Movies. 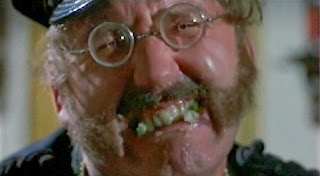 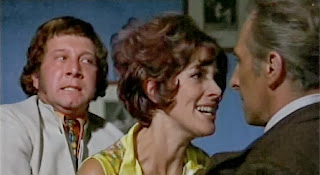 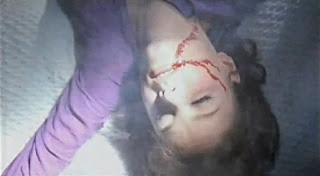 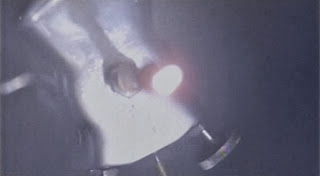 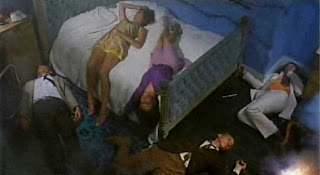 Vanessa Howard, who'd later give a memorable performance in GIRLY (1970), has a small role here as a bimbo model. Director Hartford-Davis also made The Black Torment (1964), Incense for the Damned (1970) and The Fiend (1972). Producer / cinematographer Peter Newbrook went on to make the very good The Asphyx (1973), and sibling writers Derek and Donald Ford had their hands on a number of genre films over the years; particularly the latter. 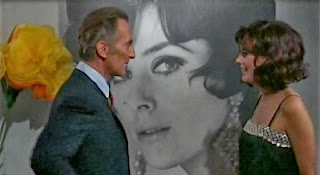 The prostitute murder was actually filmed twice; a tamer (off-screen) take for the regular version and another, more explicit take (utilizing a different actress in the role) for the "continental version," which was released in France. In the latter, the hooker is topless and Cushing wipes his bloody hands on the woman's bare breasts after killing and decapitating her!

I have a bootleg of this and somewhere I even recorded it from Turner Classics. Just haven't watched it. Actually, despite a lukewarm reaction from you, I just like these Mad Skin Surgeon movies, so Corruption sounds like the ideal horror film (of course, Cushing's involvement is a major plus in that regard). Your review encouraged my interest instead of dissuading me.

The version I watched was also recorded off of TCM and it's a fairly good quality print. I was actually just reading that this is getting a Blu-ray release from Grindhouse Releasing here soon, so that's cool! It's definitely worth a look, especially for fans of Cushing.