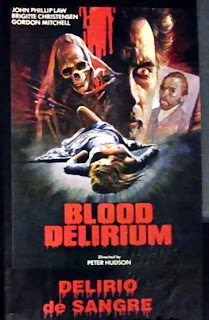 Parisian concert pianist Sybille LeClercq (Brigitte Christensen) comes home and does what most women do after a long day's work: whips off her top and starts straightening up around the house while topless. While setting the table, a message comes over her answering machine from a woman claiming to be her sister, though she doesn't actually have a sister. The voice tells her "I'm speaking to you from the future as if I'm already dead." and tries to reassure her that no matter what she has her back. The voice instructs her to put two candles together so she can see that two small flames combined make one large one. Lights flash from outside the window, chairs and tables move, wind blows stuff around, the piano plays by itself and Christine is left understandably confused and rattled. Her annoying boyfriend, Gerard Dufraisse (Marco Di Stefano), then shows up to save the day. Gerard, who wears an ascot and has a braided ponytail and is thus just begging to be punched in the face, proves to have a personality to match his douchey looks when he laughs at his terrified girlfriend, immediately asks "Hey, what have you been smoking?" and demands his dinner. Elsewhere, the fatally ill Christine (also played by Christensen) tells her distraught husband Charles Saint-Simon (John Phillip Law), a famous painter, that they'll never be apart before she passes away. 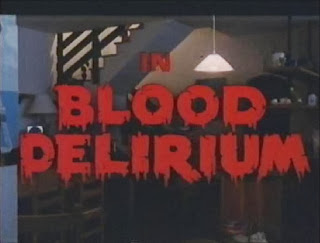 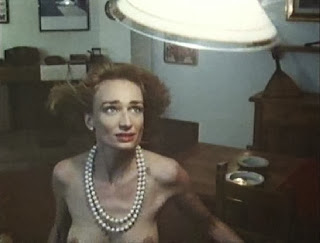 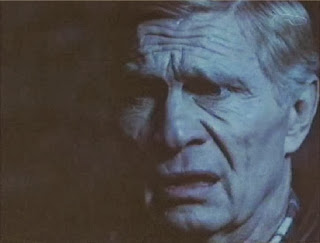 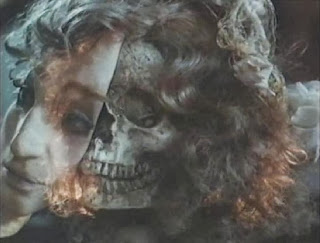 Now feeling "emptiness... overflowing emptiness..." and unable to work on his art, Charles begins to lose his mind. Already one step ahead of him is his loyal butler Hermann (Gordon Mitchell), who's also in love with Christine... so much so that he can't help but to mount her corpse while it's in the casket at the church (!!) A year passes, and a frustrated Charles decides that he can't live without his muse, so he and Hermann go to the cemetery, remove the (now skeletal and maggoty) body from its tomb, bring it home and dress it up with a latex face mask. Even this does nothing to inspire the tortured painter. Meanwhile, at Sybille's flat, a gust of wind blows open a window and an invitation for one of Charles' exhibits flies in. She decides to go, meets Charles, notices the similarity between her and the late Christine (who also had a talent for playing the piano) and then decides to go visit Charles at his home; a large, crumbling, ancestral castle located deep in the country. Charles has a deep belief in reincarnation. In fact, he believes himself to be the reincarnation of Vincent Van Gogh. He also believes that one soul can be split into two bodies, which is what he believes has happened between Sybille and Christine. 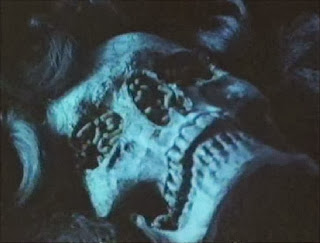 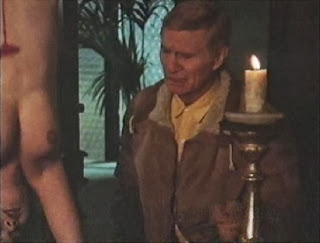 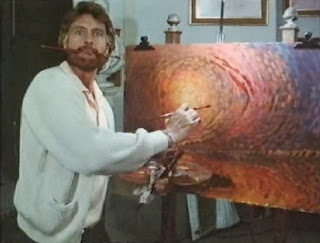 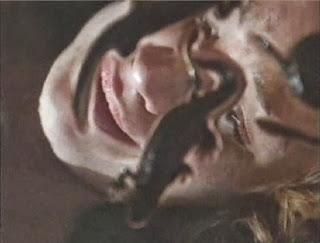 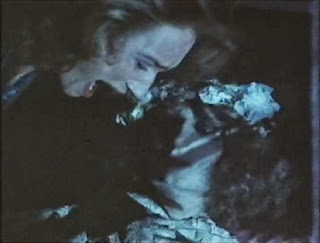 Upon arrival, things start getting weird and horrifying. Charles is temperamental, angry, bitter and nothing Sybille does, whether it be playing Charles' favorite piece ("Delirium") on the piano or posing for his paintings, seems to inspire him. Sybille catches Hermann trying to dry hump and then sexually assault busty village girl Yvonne (Lucia Prato), but doesn't think much of it. Hermann later drags Yvonne to the grounds, tries to rape her in the horse stables, stabs her to death and then tries to molest the corpse. Charles stumbles upon the scene and finds himself drawn to the blood. Next thing you know, Yvonne's hanging upside and having her blood drained out. Charles starts painting with it Color Me Blood Red -style, while Hermann dismembers the body with a circular saw and feeds the scraps to their Doberman pinschers. Sybille discovers what's going on, tries to escape but is captured and dragged back to the castle, where Hermann drugs and rapes her while she has visions of lizards and maggots swarming over her face. Needing more blood, Charles sends Hermann to Paris to kidnap Sybille's friend Corinne (French porn actress Olinka Hardiman), but then Gerard gets suspicious and comes to the castle. 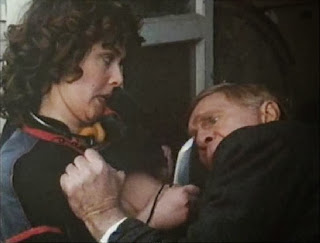 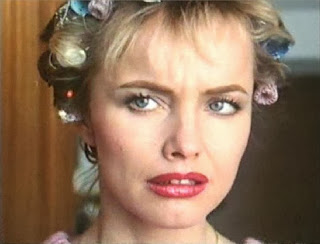 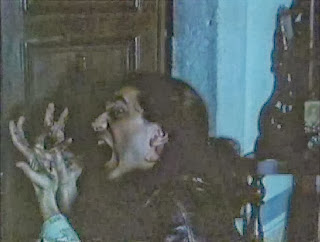 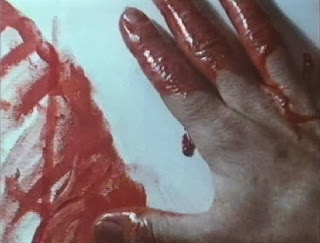 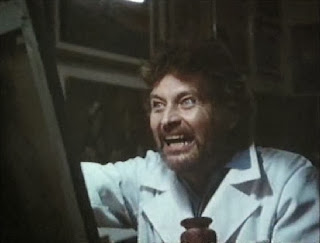 I wasn't expecting this one to be as sick as it actually is, and it's all the better for it really. Law's eyes get a workout as he bugs them out of his skull; going way over the top in his role as the deranged painter. Mitchell, though, has the most memorable part as the extremely horny and degenerate servant. He has his own little morbid museum of skulls, body parts and animals in the basement and toward the end even gets to give our heroine sedative shots directly into her vagina (!) to keep her in check. There's plenty of female nudity (though the scrawny lead actress looks like she could use a few protein bars) and some gore, and the ending gets pretty crazy with the castle being visited by bright ghost orbs which end up tearing the place down. Bergonzelli also made the extremely odd In the Folds of the Flesh (1970). 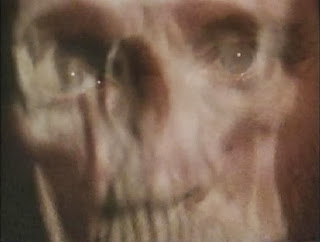 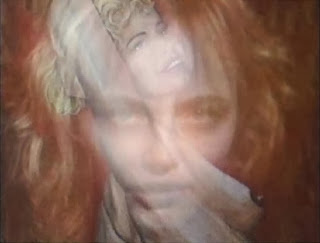 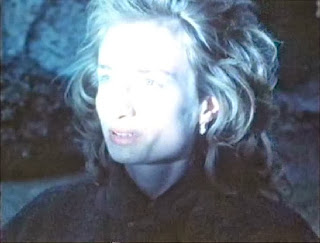 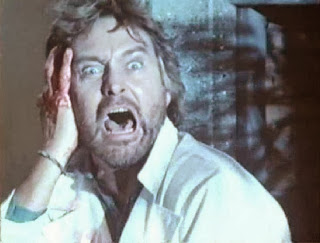 Blood Delirium was never released in the United States, though it was English dubbed. The only VHS I'm aware of was released in Greece under the title Delirium aimatos.