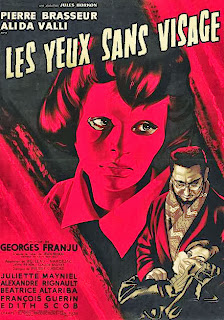 
After giving a lecture on his favorite subject - skin and organ transplants - esteemed Parisian plastic surgeon Doctor Génessier (Pierre Brasseur) receives a call from the police. They've found a naked female corpse wearing only a man's coat floating in the Seine River which may be his missing daughter Christiane. The doctor and Christiane had recently been involves in a terrible car accident which destroyed her entire once-beautiful face. Afterward, she was placed in a clinic, became depressed and withdrawn and then vanished without a trace. The body found in the river matches Christiane's description perfectly: its entire face is also horribly disfigured; missing entirely with only the eyeballs still intact. Génessier shows up at the morgue, makes a positive identification of the corpse and then holds a funeral. He and his loyal "secretary" / assistant Louise (Alida Valli) then retreat to his huge gated mansion, where we learn all of the events that have just transpired aren't really what's going on at all. 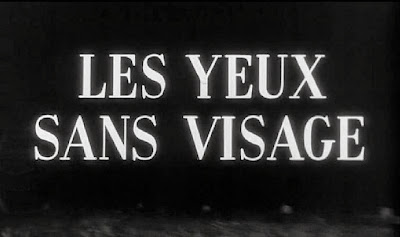 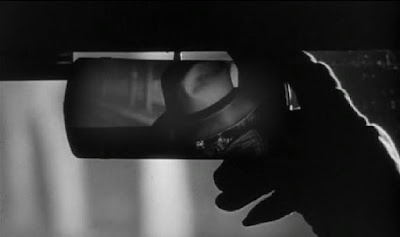 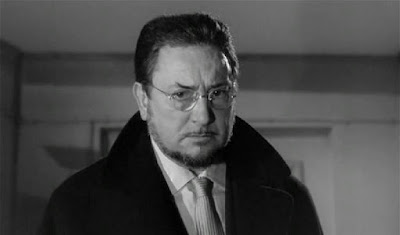 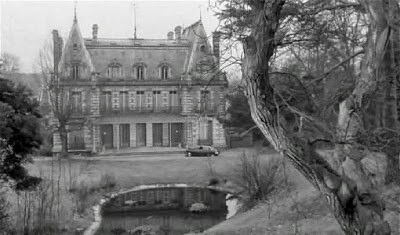 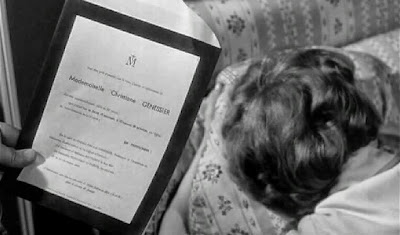 Falsely identifying the corpse as being his daughter's was just Génessier's way of drawing suspicion away from him, his home and what he's actually been up to. Christiane (Edith Scob) isn't dead. She's very much alive, living in the home, pining for her former boyfriend Jacques (François Guérin), a colleague of her father's, and bitterly clinging to the hope that she'll back to normal one day. The doctor, guilt-stricken over causing the accident that disfigured her, is dead-set on restoring her face and has promised her so much. So what if it takes a few innocent young ladies dying for it to happen? Louise is also loyal to the cause since Génessier has already restored her face after a similar accident. The victim fished out of the Seine was actually one of their earlier victims. Her face had been removed and transplanted onto Christiane's but the operation didn't take and now they're in need of another unwilling donor. Louise is sent into town, befriends young, poor Swiss college student Edna Grüber (Juliette Mayniel) and then lures her to the secluded mansion with the promise of an affordable room to rent. Instead, she's knocked out with chloroform, taken through a separate passageway to a hidden wing of the home and has her entire face removed and transplanted onto Christiane. Soon after, Edna, face wrapped in bandages, falls from a balcony while trying to escape and her body is hidden in the locked Génessier family crypt. 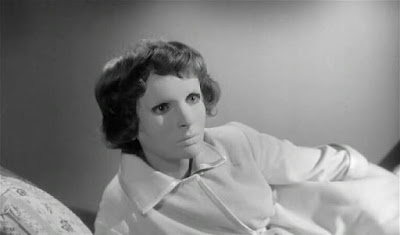 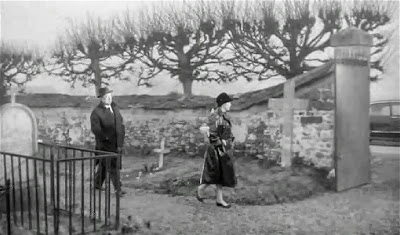 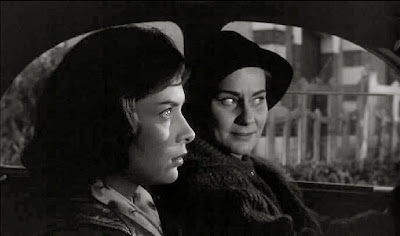 Christiane's new face doesn't hold up as her body rejects the skin graft in just a few short weeks. Losing the will to live and starting to go crazy, she begs Louise to kill her. Christiane first makes a phone call to Jacques, softly uttering just his name. It's enough to make Jacques suspicious. He immediately goes to Inspector Parot (Alexandre Rignault) and the two devise a plan involving using a decoy to entrap the doctor. Shoplifter Paulette Mérodon (Béatrice Altariba) is given the option between prison or helping the police out. She chooses the latter; dyes her hair blonde to match the other victims and checks herself into a clinic complaining of a migraine. Will it be enough to entice Génessier into selecting her as the next donor? 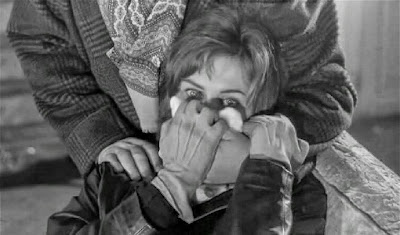 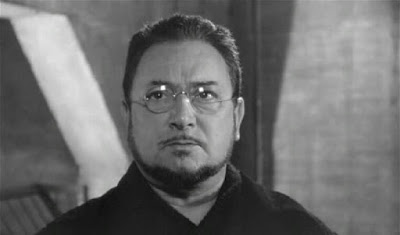 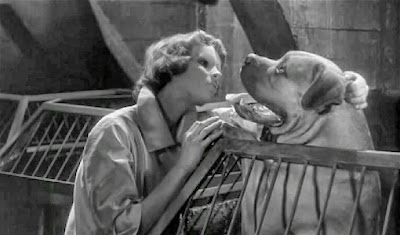 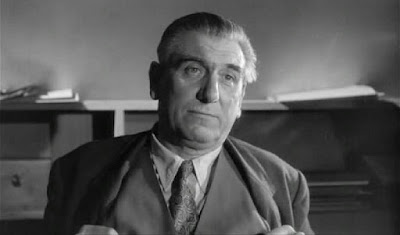 There are too many mad doctor / "transplant" movies from the 30s and 40s to even mention here, so plot-wise [even for 1959 when this was filmed] Eyes isn't really anything all that different from the norm. However, this is a clear case where the execution of the material makes all the difference. Rightfully widely acclaimed for its haunting, poetic feel, its gorgeous cinematography, fantastic art direction / set design and a unique score (part eerie and otherworldly and part almost playful and carnival-esque) contributed by Maurice Jarre, Eyes remains a captivating, intriguing genre film. Though it starts to lose some of its power in the final half hour when the police work becomes more front and center (which is silly and very poorly thought out), there's still a lot to celebrate here; including several extremely eerie sequences (my favorite being the scene where Christiane's face is only vaguely revealed in a extremely blurry shot; which shows just enough but not too much). Brasseur and Valli are both excellent in their roles, but Scob, who has to convey much through her eyes, voice and body movements alone as her face is covered by a creepy, expressionless white mask most of the time, is downright brilliant in hers. 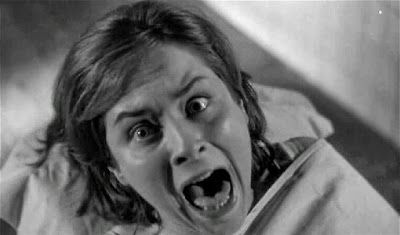 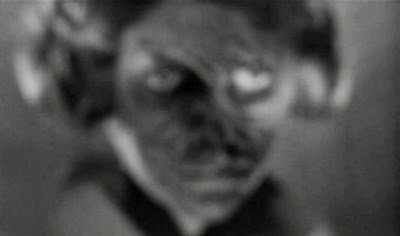 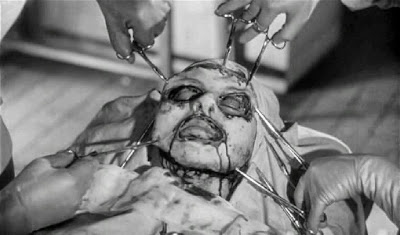 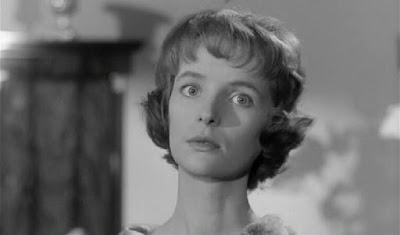 Eyes is also noteworthy for a very long (nearly five minutes!), grueling, surprisingly graphic facial removal scene shown in its entirety, which was one of the goriest moments ever seen on the screen up to this time. It was so shocking that it had to be excised from many prints of the film, including the initial 1962 U.S. theatrical release (dubbed and under the unfortunate title The Horror Chamber of Dr. Faustus on an even more unfortunate double-bill with The Manster). It was based on a novel by Jean Gebon, and adapted by Pierre Boileau and Thomas Narcejac, who also wrote the classic French suspense film Les diaboliques (1955) as well as Hitchcock's Vertigo (1958). 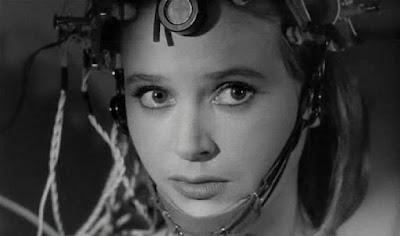 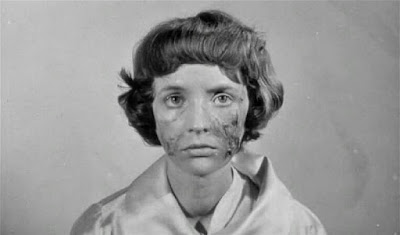 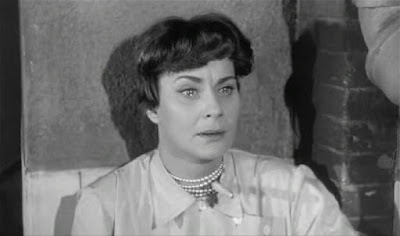 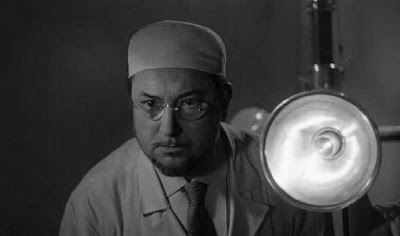 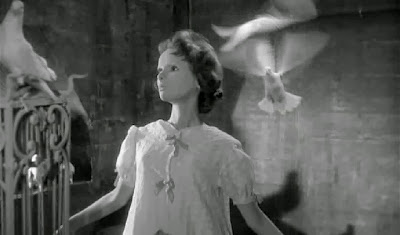 Criterion has provided the definitive DVD release for this title and their disc comes with lots of notable extras, including an illuminating interview with the director.

Love this film! I was glad to see it restored and finally on DVD. I remember it playing on TV under that weird long title!

Love this film! I was glad to see it restored and finally on DVD. I remember it playing on TV under that weird long title!