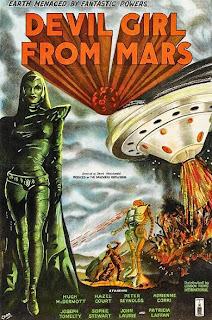 
In the middle of winter; reports of a meteor falling in Scottish countryside hit the radio. Also hitting the airwaves is a report of a convicted murderer named Robert Justin, who's just escaped from prison. Robert (Peter Reynolds) shows up at a quaint inn / tavern called The Bonnie Charney, where his former lover Doris (Adrienne Corri) works, claiming to be a stranded hiker who's lost his wallet and now adopting the alias Albert Simpson. Despite the fact he married and then (he claims) accidentally killed another woman, Doris reluctantly agrees to keep his true identity a secret. Robert / Albert makes an agreement with busy-body innkeeper Mrs. Jamieson (Sophie Stewart) and her alcoholic husband (John Laurie) that he'll work to earn his keep by doing odd jobs around the place since he has no money. Also working there is creepy handyman David (James Edmund) and among the few guests are glamorous London model Ellen Prestwick (Hazel Court), who's actually there hiding from her married lover, and Mrs. Jamieson's young nephew Tommy (Anthony Richmond). While out investigating the meteor sighting, reporter Michael Carter (Hugh McDermott) and professor Arnold Hennessey (Joseph Tomelty) get lost and also stumble upon the pub looking for accommodations themselves. 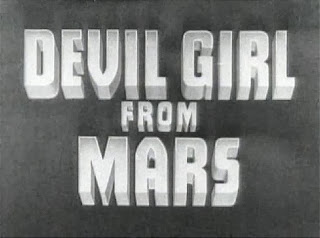 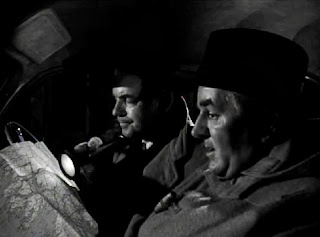 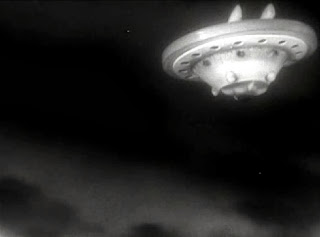 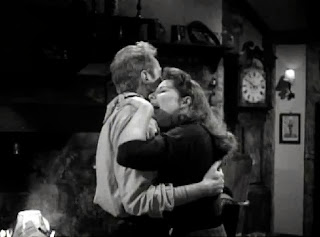 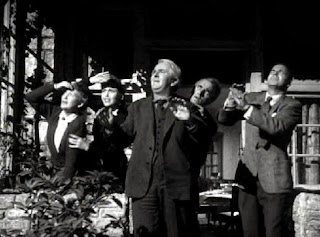 It doesn't take long for a flying saucer to land right outside the pub. Because it's red hot and will take several hours to cool down, Michael and the Professor decide to go into the nearest village seven miles away for help. Unfortunately, they cannot get their car to start. The phones also mysteriously stop working. Once the spaceship finally does open, leather-clad female alien Nyah (Patricia Laffan) emerges. She immediately zaps old David ("a hopeless specimen") with her laser gun, leaving only a pair of eyeglasses behind. The alien then makes her presence and objective known to the humans. Because of a war between men and women on Mars, in which women were the victors, the birth rate has steadily been on the decrease. Nyah not only wants to test out her organic heat-resistant metal spaceship and "perpetual motion chain reactor beam" but also gather up some strong Earth men to take back to Mars to help repopulate. Her ship needs some minor repairs, so she's created an "invisible wall" around the pub so that no one can go in or out. 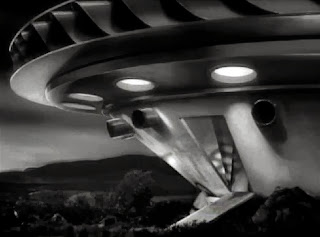 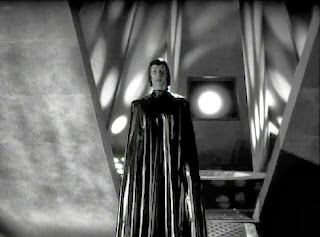 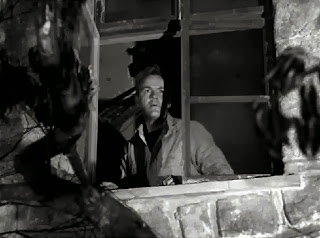 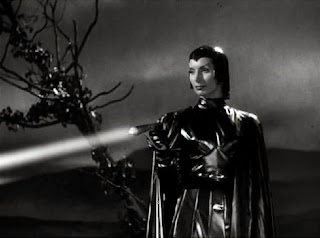 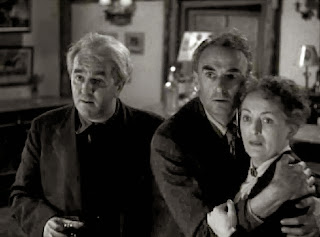 Also coming along with Nyah is her robot Johnny, a big, clunky thing that looks like a refrigerator with legs. Johnny's head lights up and it's then able to evaporate trees, a car and an entire building with a laser beam. Nyah herself is capable of hypnosis and mind control, which doesn't quite explain why she's unable to keep the small handful of humans she has to deal with in check. She eventually takes little Tommy aboard her ship and agrees to an exchange with one of the adult men for his release. But just who has a life to spare and is in need of a little moral redemption? Checking out the roster of male characters, I'm sure you'll have no problem working that out. 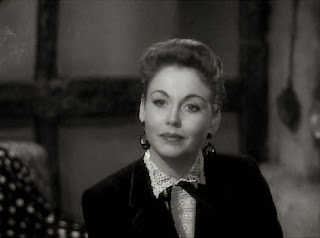 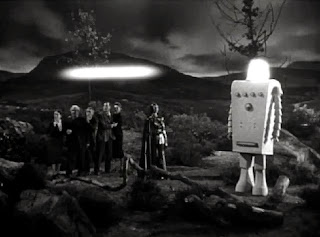 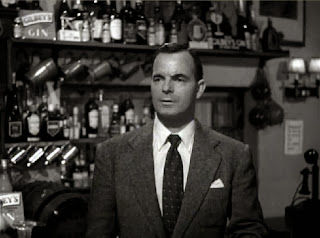 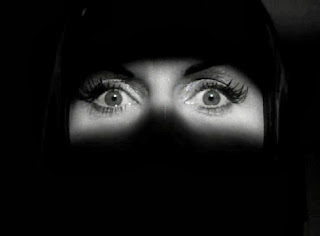 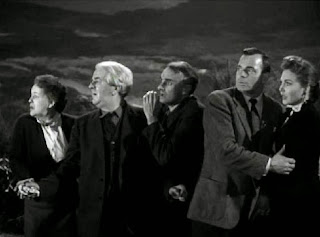 This minor camp classic (named as one of the "100 Most Amusingly Bad Movies Ever Made" in The Official Razzie Movie Guide) is rather set bound and high on talk and corny melodrama. Keeping the whole thing mildly amusing is Laffan, who's pretty hilarious as the bitchy, humorless, short-skirted alien who seems to take great pleasure in tormenting the humans. She casually pushes the old professor aside, telling him "You are a very poor physical specimen," constantly tells the humans how mentally inferior they are and stumbles upon a meeting, noting "It amuses me to watch your puny efforts." This also has a strange, almost obsessive focus on liquor, with characters constantly drinking, talking about drinking or making a big deal about someone else's drinking. Dated special effects (thought not too horribly bad for the time) and some laughable lines (one of the hysterical females notes "I'm scared! Nothing like this has ever happened to me before!") are good for assorted chuckles throughout. 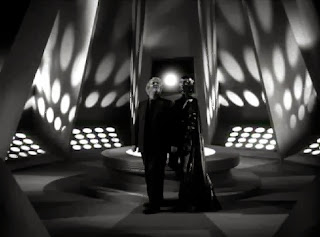 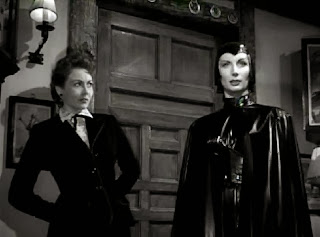 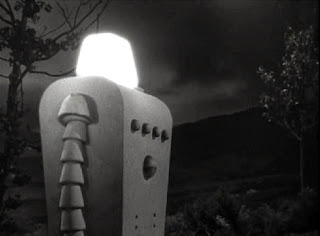 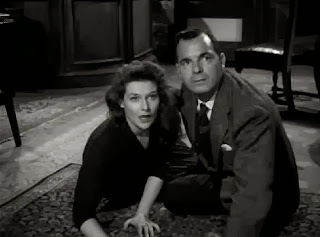 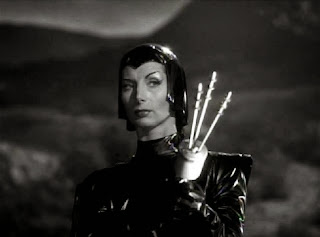 It was based on a (stage?) play by James Eastwood (who also adapted) and John C. Mather. MacDonald (mostly a TV and "quota quickie" director) also made the Tod Slaughter vehicle It's Never Too Late to Mend (1937), ALIAS JOHN PRESTON (1955) with Christopher Lee and a few episodes of the unreleased Boris Karloff series The Veil (1958)."

The movie is ok. Very English! I liked the flying saucer though!

I remember this one! No idea when I saw it but it had to be 30 years ago.

The flying saucer was indeed pretty decent for the day. And it's hard to forget with such a great title and poster! I had to look up Laffan's filmography after this and was sad she never did another horror or sci-fi flick.