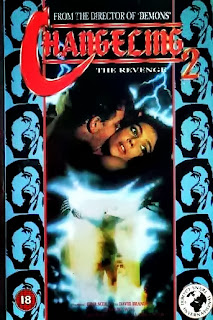 
Brivido Giallo was a 1986 cable TV series featuring four movies; all running about 90 minutes, all directed by Lamberto Bava, all co-written by the prolific Dardano Sacchetti and all boasting a score by Simon Boswell. Per sempre / "Forever" was the second of these aired; following right behind the so-so Una notte al cimitero / "A Night in the Cemetery" (U.S. title = GRAVEYARD DISTURBANCE). The third and fourth entries were La casa dell'orco / "The House of the Ogre" (U.S. title = The Ogre) and "A cena col vampio" / Dinner with a Vampire. Of these four, The Ogre was the only one to receive decent distribution here in America after it was misleadingly re-titled Demons III to be sold as the third entry in Bava's extremely popular Demons series. Per sempre itself was also the subject of a bogus re-titling and was released on VHS in some countries (though not America) as either The Changeling 2: The Return or Changeling 2: The Revenge as a fake follow-up to the very good 1980 Canadian ghost story starring George C. Scott. 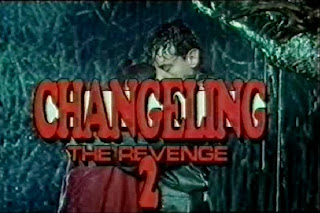 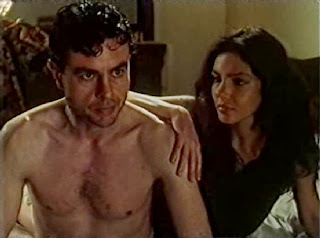 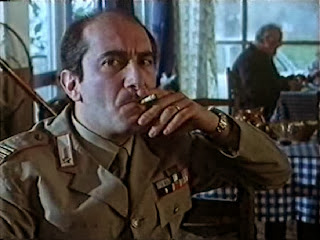 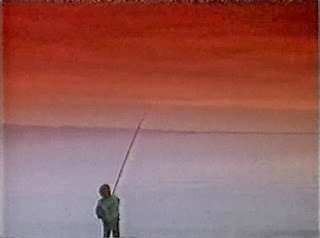 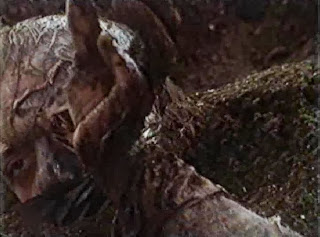 Lovers Carlo (David Brandon) and Linda (Gioia Scola) murder her husband Luca (Roberto Pedicini) and bury his body in a shallow grave in the woods. Six years pass and the duo now run a restaurant in the small fishing village of Carabinieri where the customers seem more interested in checking out the sexy Linda than eating the food. Linda's lonely, neglected young son Alex (Marco Vivio), whom she conceived with her deceased former husband, is scared of the dark and plagued by nightmares of his dead father emerging from his grave. Carlo has since turned bitter and angry over the years and not only detests the little boy but is also abusive in numerous ways toward Linda. Late one night during a thunderstorm, a mysterious, hunky drifter named Marco (Demons star Urbano Barberini) appears at the doorstep looking for food, clothing, lodging and a job. Since Marco is kind to Alex and Linda needs a hand around the restaurant anyway, they hire him on and soon come to realize that he may be more than he seems. 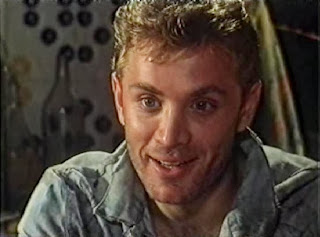 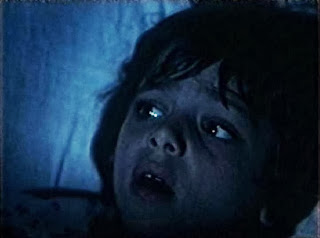 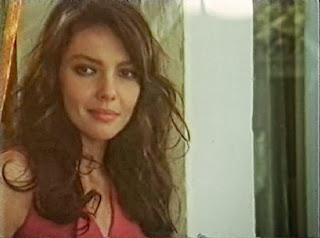 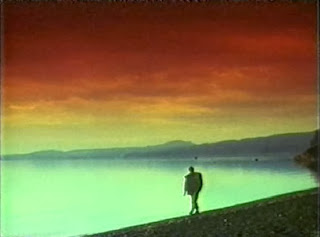 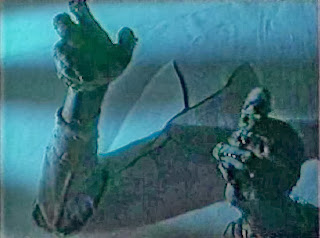 Marco is amiable, charming, friendly and good-looking, but he also seems to know a lot of things he shouldn't know, like secret ingredients that go into Linda's food and where clothing that belonged to Luca is stored. Once he starts cooking in the restaurant, business picks up and customers begin commenting about the food tasting as good as it did before Luca vanished. Carlo quickly becomes jealous and paranoid of the new man in town. He wonders why Marco disappears for hours each day, whether or not Linda is sleeping with him and how he seems to know his way around the establishment so well. He then begins to fear that he's actually an undercover policeman investigating the dead husband's disappearance after he catches him having a discussion with the town's marshal (Stefano De Sando). Soon, things buried in the husband's grave - including a wedding ring with "Per sempre" inscribed inside - begin turning up inside the home. The son continues to have nightmares, dead pigeons fill the attic, fresh meat spoils and maggots show up all over the place. Just who or what is Marco and what does he want to accomplish? 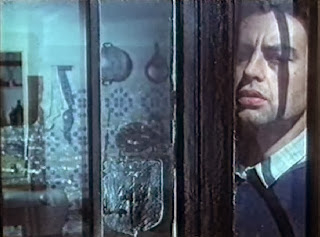 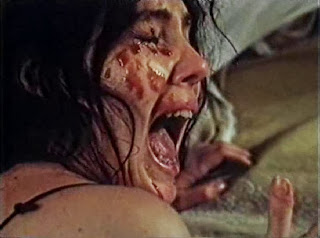 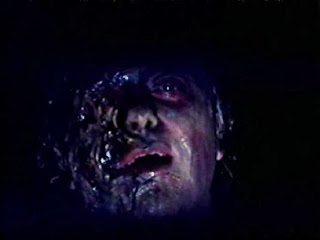 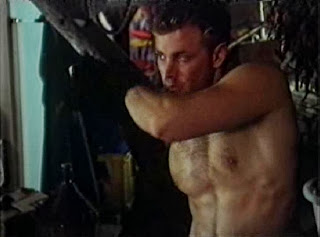 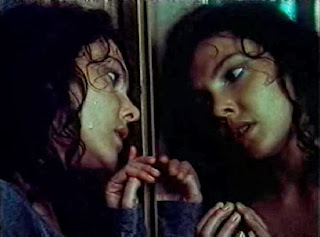 Though unoriginal and somewhat predictable, this is a passable and fairly well-made thriller with some colorful visual style; particularly striking during various red-filtered shots of the lake and handsomely shot blue-tinted night scenes. However, it also clearly owes a huge debt of gratitude to Tay Garnett's torrid 1946 crime melodrama The Postman Always Rings Twice (an adaptation of James M. Cain's novel, which was remade in 1981 starring Jack Nicholson and Jessica Lange), and lifts its basic plot and three main characters from that film. Given the overheated story line and sexy leads, this actually would have benefited from being steamier and more (sexually) graphic than it actually is and seems a little too chaste in a PG-13 kind of way. Adding a horror twist to the premise are the possibility of Marco being either a ghost or possessed by the wrong husband's spirit and the child's frequent nightmares about his dead, zombie-like father being fished out of the lake, reaching his hand out of the ground and grabbing his leg and busting through the plaster walls of his bedroom. 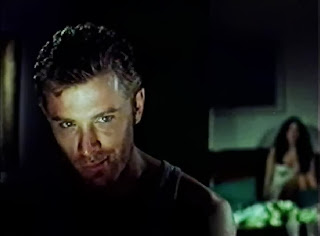 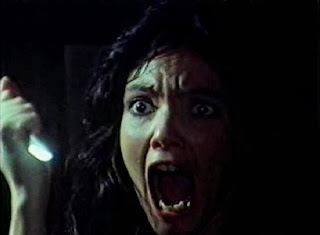 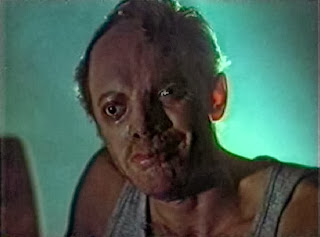 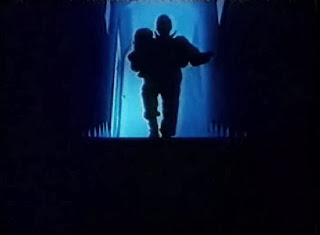 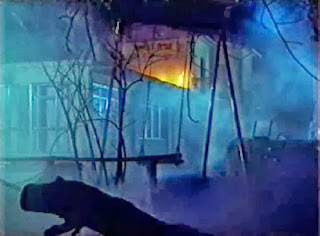 As an interesting footnote, Lucio Fulci claimed in interviews to have actually written the original story this was based upon and also said he was originally supposed to direct it, but it was taken from him and copyrighted behind his back by credited writer Sacchetti. Sacchetti, on the other hand, claimed in interviews to have actually written the story (for the record, his wife - Elisa Briganti - is credited as co-writer) and says Fulci was lying about all that; sour grapes over the project going to Lamberto Bava instead. Either way, the film effectively ended future collaborations between the two men. 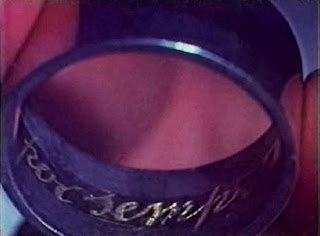 In 2009, MYA Communications released this and the other two previously-unseen-in-America Brivido Giallo titles. (The Ogre had already been issued in 2003 by Shriek Show.)