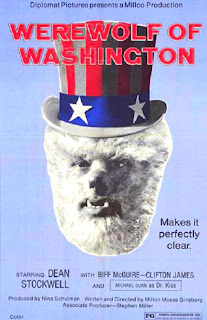 
The horror genre always seems to go in cycles and there are always trends that are popular, go away and then make a comeback years later. Right now zombies and sparkly teen vampires are the big thing but that will eventually change once they wear out their welcome (thank God in the case of the latter). For some unknown reason werewolves saw an increase in popularity during the early 1970s. There was WEREWOLVES ON WHEELS (1971), THE RATS ARE COMING! THE WEREWOLVES ARE HERE! (1972), THE BOY WHO CRIED WEREWOLF (1973), the British THE BEAST MUST DIE (1974) and LEGEND OF THE WEREWOLF (1975), the made-for-TV movies MOON OF THE WOLF (1972), SCREAM OF THE WOLF (1974) and the hard-to-believe-it-was-actually-made WEREWOLF OF WOODSTOCK (1975) and others. Usually these are spurred on by the success of one particular film that becomes a hit, but I can't quite place my finger on what kick started the sudden boost in lycanthrope films at this time. My best guess is the international success of the Spanish Waldemar Daninsky movies starring Paul Naschy, but that's just a guess. 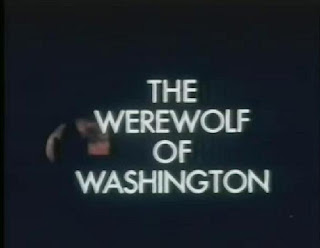 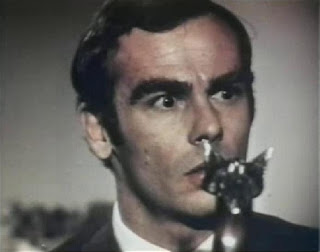 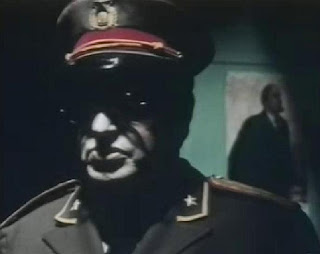 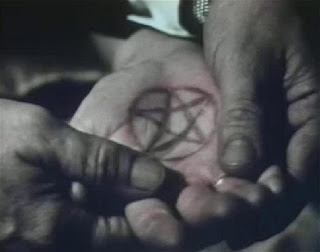 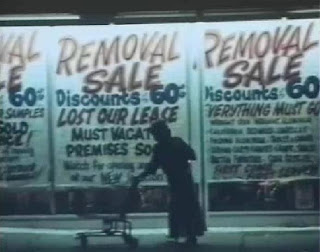 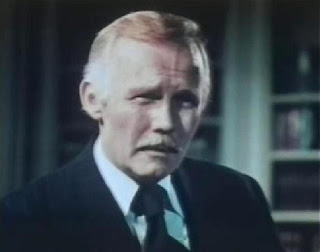 Jack Whittier (Dean Stockwell), member of the Washington Press Corp and its youngest rising star, wants an easy way out of his relationship with the U.S. President's daughter Marion (Jane House), so he arranges for a reassignment to Budapest. After a stint there and on the very night he's scheduled to return home, his car breaks down on a country road. After running into a band of gypsies, he's attacked and bitten by a wolf. He kills the wolf with a silver-tipped cane; a gift from his new Hungarian girlfriend, and then looks down and notices that the wolf is now a man. The authorities in Hungary strangely just brush the incident aside and, even more strangely, the dead man's mother tells Jack that her son needed to die and then gives him a pentagram ("the mark of the beast") necklace and informs him to "wear this charm over your heart always." After returning to America, Jack - who's a little foolish and lot arrogant - decides not to heed the gypsy's warning and immediately flushes the silver pentagram down the toilet. Uh oh. 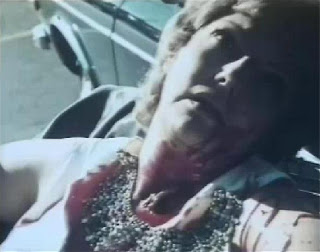 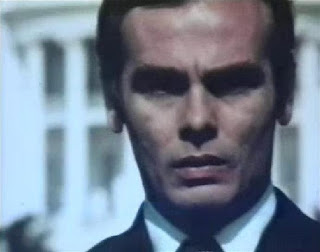 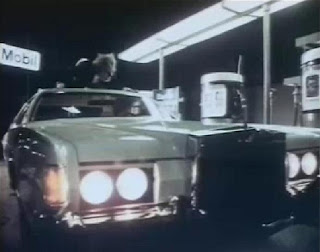 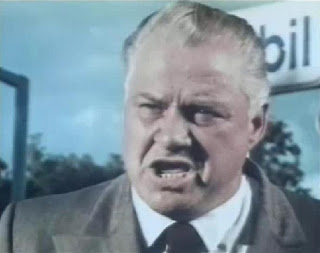 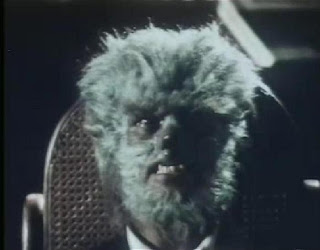 Jack is appointed as the assistant U.S. Press Secretary and speech writer under the President (Biff McGuire), an aloof, good old Southern boy who is sick of hippies and "the current permissive trends" in this country. Jack looks up to him, just a little, and refers to him as "...a cross between Abraham Lincoln and Jesus Christ." He's still in love with Marion but she's gotten herself engaged while he was away. On the next full moon, Jack transforms and kills the drunken, obnoxious wife of a Supreme Court candidate (Nancy Andrews), who was embarrassing the party, anyway. Next up is a feminist magazine publisher (Jacqueline Brookes) Jack used to work for who doesn't always write the most flattering pieces on the President. From there, he goes after a couple who witnessed his last murder, only getting a chance to kill the man. In between, Jack tries to confide in the President and his army commander friend (Beeson Carroll) about what's going on but nobody believes him. He takes out a guard at the Pentagon, starts to transform during press conferences, board meetings and aboard a helicopter and gets his fingers stuck in a bowling ball when they swell. 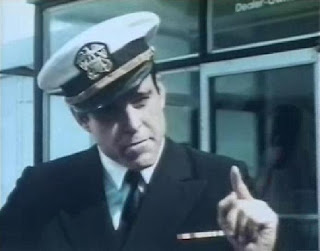 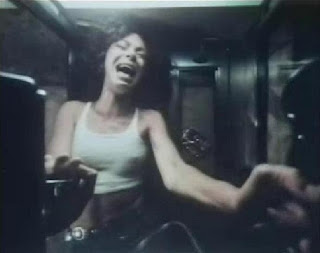 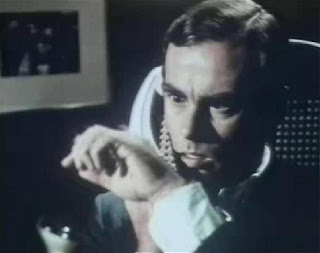 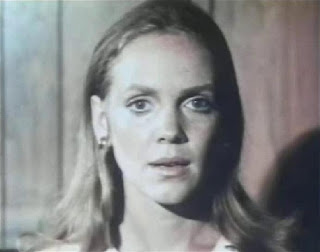 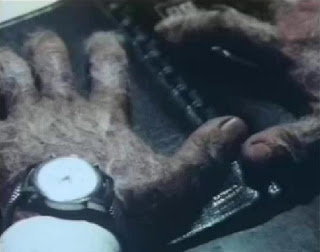 A political satire with a werewolf sure sounds like it could be fun, but the director (who also scripted and edited) simply doesn't take the material far enough and has a real problem keeping any kind of consistent tone. Much of the time the material is presented and acted in a dead-serious fashion and at other times it's trying to be irreverent and silly. Any kind of commentary made about corruption in politics (naturally the government tries everything in their power to cover up what's going on) gets muted in the process. Even scenes that probably sound hilarious on paper (such as the U.S. President and a werewolf getting into a wrestling match on the White House lawn in front of a bunch of reporters) are so poorly set-up and presented that they don't get the expected guffaws. So while this isn't completely unwatchable (there are several amusing nods to the Universal classic THE WOLF MAN thrown in), it really could have been so much better. 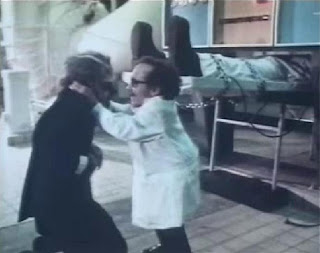 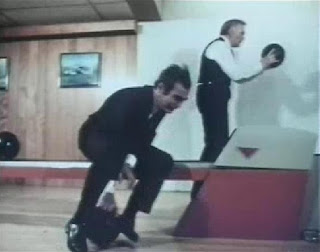 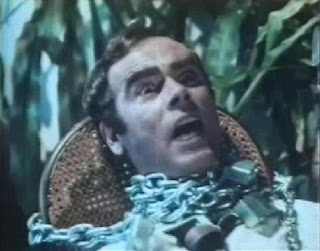 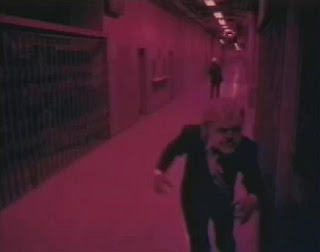 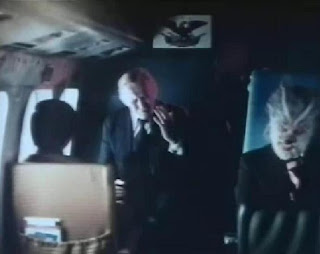 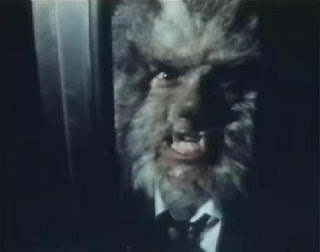 Stockwell certainly has the eyebrows to be playing a wolf man, though I doubt he'd list clenching his jaw, panting like a dog and crawling around on all fours chewing up a lamp amongst his finest on-screen moments. Dwarf character actor Michael Dunn has two brief scenes, which turn out to be incredibly pointless. Dunn, who'd received an Oscar nomination for 1965's SHIP OF FOOLS, had to toil around in low-budget horrors like this, FRANKENSTEIN'S CASTLE OF FREAKS (1973) and THE FREAK MAKER (1974) because his options were limited, Oscar nom or not. The cast also includes Clifton James as the racist Attorney General and Thayer David (TV's Dark Shadows) as one of the Hungarian inspector. Bob O'Bradovich's grey-haired werewolf makeups are adequate and old school time-lapse photography is used for the transformations.

Now a public domain title, this is an easy one to find. One recent release from Shout! Factory includes commentary from Elvira.

I have to see this one now, I'm even intrigued by that bloomin' Woodstock title, haha. Dean Stockwell is enough to get me to watch this one though and it certainly sounds like it's far from dull. Great review :-)

Thanks! This one was OK-ish; worth a look at least. I'm still on the hunt for Werewolf of Woodstock. It's supposed to be awful!

This was one of the final films I watched with my uncle before cancer crippled him for good. We watched it as part of Elvira's Movie Macabre one late Saturday night. He wanted me to watch it with him because of the bizarre Frankenstein power plant scenes which left my jaw dropped to the floor. I think you were spot-on about the uneven tonal shifts of this film. The film, to me, is all over the place. It has that straight face--a character actor like Stockwell has that sort of acting style for weird cinema (do you like The Dunwich Horror?--that works for horror satire, but the humor just isn't smart enough to work. It certainly has a strange vibe to it, though. Could become a cult film..

I thought The Dunwich Horror was decent but it could have been better. I think I said in my review something to the effect that Stockwell's performance was so strange I couldn't tell if it was really good or really bad. He definitely had the look to do more horrors than he did.