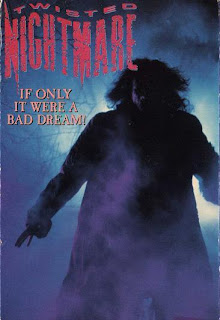 
I guess this qualifies as a FRIDAY THE 13TH copy. You might even recognize the barn and main cabin because it was filmed at the same exact location used for the third installment in the Friday series. Judging by the credits, it appears to have been a somewhat troubled production. Paul Hunt received primary credit for directing, writing and shooting it but at some point additional scenes directed and written by Charles Phillip Moore and shot by Gary Graver were added to the mix. Though it carries a 1982 copyright date (the same as Friday III), it wouldn't be released to video until five years. A slasher flick and revenge tale with supernatural elements added to the mix, this involves seven young couples who receive an offer in the mail for a free one-week camping trip to the isolated "Camp Paradise." Two years earlier the same group of people (who all went to high school together) made fun of a retarded guy named Mathew (Cleve Hall). To escape their torment, Mathew ran into a barn, a light glowed red, he suddenly burst into flames and then ran off into the woods never to be seen or heard from again. The event drove Mathew's sister Laura (Rhonda Gray) - who witnessed part of this - a little crazy, so she had to spend some time in a mental hospital. 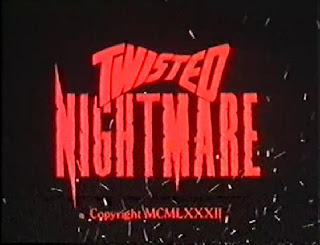 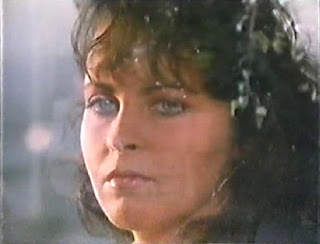 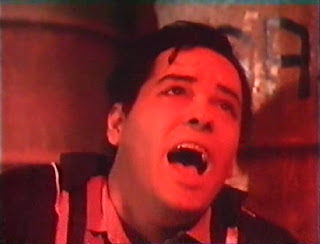 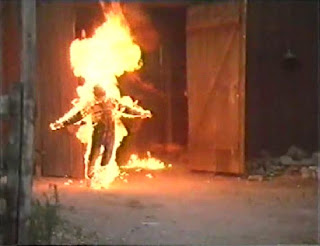 Upon arrival, "creepy" Indian caketaker Kane (Robert Padilla) closes and locks a gate behind them as they arrive and keeps showing up to try to get them to leave. At a party later that evening, one of the couples goes into the barn to make out and find a box full of kittens. Kane interrupts them and scares them off, but the girl returns to steal one of the mew-mews and gets hung from the rafters. When her boyfriend pops in he encounters a growling psycho (seen in shadow only) who rips his arm off. The next day, most of the couples venture out into the woods to go hiking or hunting. One girl left behind finds the bodies in the barn, tries to call a gas station for help (a gas station... really?) and the mechanic just hangs up on her (?) She ends up getting pulled through her car. When everyone else returns, it's their turn. Laura happens to be there as well with her new boyfriend and seems involved in the killings. She keeps lighting black candles and slices herself with a razor while taking a bath. 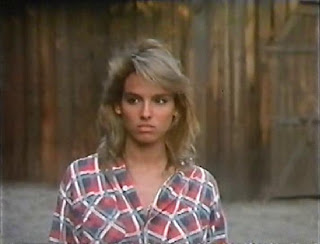 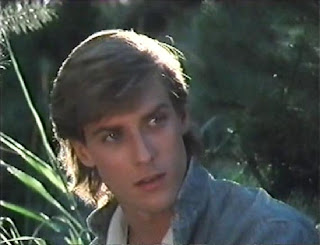 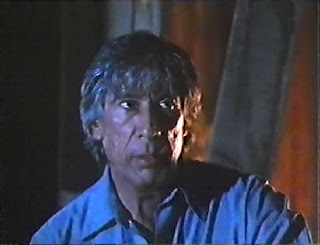 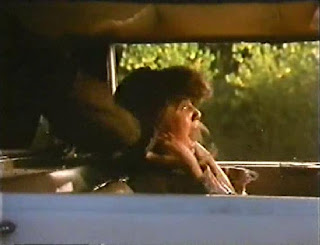 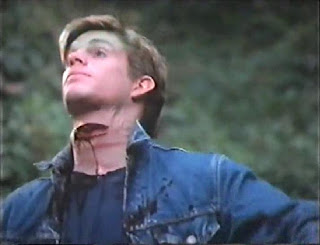 Kane finally explains what we pretty much already knew. The barn was built on top of an ancient Indian burial ground where Indians slaughtered by white man lie. The land was then cursed by a medicine man and Mathew somehow got himself possessed. He now has super-strength (enough to rip a head off with his bare hands at least) and supernatural powers that he strangely uses only one time to turn a regular fence into an electrified fence to kill one of the guys. There's also death by machete, a face slammed onto sauna rocks, a throat ripped out and several impalements. A couple having sex are speared together and one girl is picked up and slammed onto a pair of deer antlers. If this was indeed filmed in 1982 like the copyright states, then the latter would predate a similiar memorable death in SILENT NIGHT, DEADLY NIGHT. However, there's no way in hell this was made that early. If I had to venture a guess I'd say the bulk was actually filmed in 1985 or 1986. Most of the acting is terrible and the characters are all pretty much blanks with next to no personality. 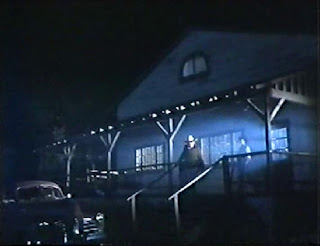 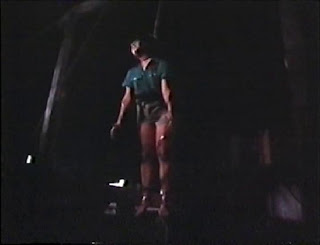 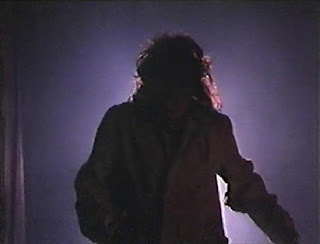 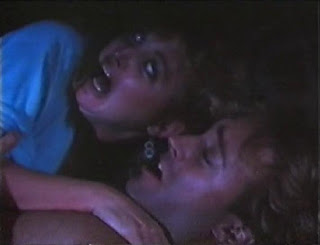 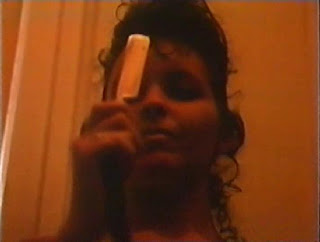 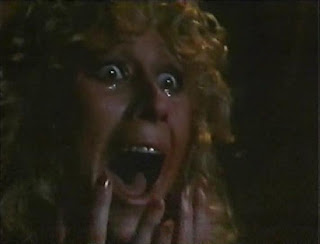 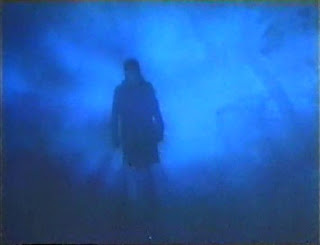 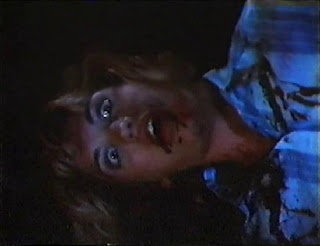 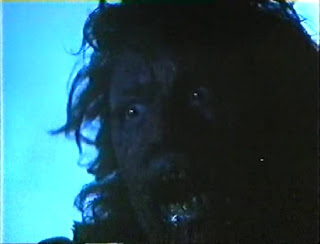 The cast is comprised mostly of unknowns. The best-looking girl (one of the first to get killed) is Devon Jenkin, who also had a small role as the first victim in SLUMBER PARTY MASSACRE 3 but is probably best known as the skateboarer in Tom Petty's "Free Falling" video. Leading man Brad Bartram would become a Skinemax regular about 15 years after this was made. The original shooting title was Ancient Evil but it was changed to Twisted Nightmare for the TransWorld VHS release. It's not been officially released to DVD. Some of the same people who worked on this also made DEMON WIND (1990).