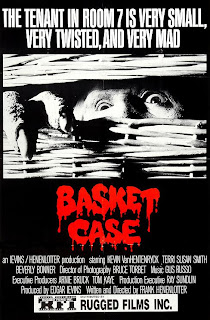 
After critic Rex Reed attended a screening of Basket Case at the Cannes Film Festival and was on his way out the doors, someone stopped him and asked what he thought. Reed told the man it was "The sickest movie I've ever seen." Unbeknownst to Reed, the man who'd asked for his opinion was director Frank Henenlotter, who turned around and used Reed's reaction to spread the word that his film was indeed something special. Filmed for peanuts in and around New York City, this is a gritty, original, humorous, very bloody, highly imaginative and surprisingly intelligent little shocker that absolutely deserves its status as a cult classic. Naive Duane Bradley (Kevin Van Hentenryck) shows up in New York City with a wad of cash in his pocket and a padlocked wicker basket in his hands. He rents a room at the seedy Hotel Broslin for an undetermined amount of time and casually starts to meet some of the other boarders, including the obnoxious owner (Robert Vogel), a crazy old lady, an Irish drunk who loiters around in the lobby (and hopes to get his hands on Duane's money) and a friendly prostitute named Casey (Beverly Bonner). So what's a nice boy like Duane doing in a scuzzy place like that? Well, it has something to do with whatever's lurking inside his basket, and it clearly isn't a load of laundry like Duane often claims. Whatever it is makes strange noises, can gobble down an entire bag full of hamburgers - foil wrapper and all - in just one sitting and has already killed a doctor. Might as well let the mutant out of the basket. It's Duane's twin brother, Belial! 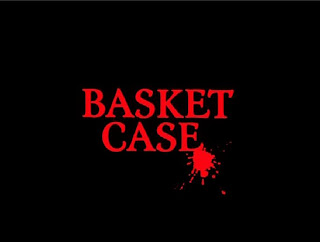 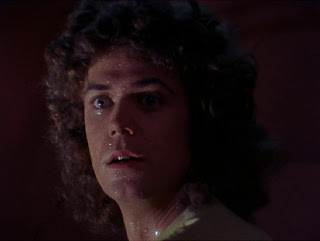 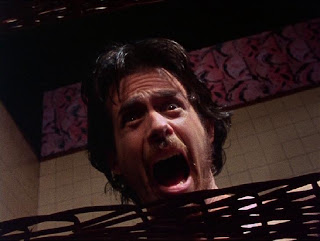 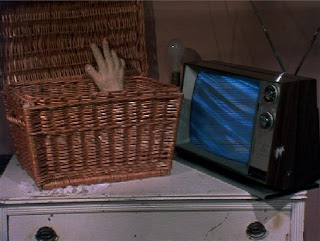 Duane and Belial share a strange and unique fraternal bond, which involves Belial being able to communicate telepathically with his brother. The two were once Siamese twins. Duane was the normal half and Belial the disfigued, twisted and not quite fully formed - though stll living and feeling - half attached to Duane's side, somewhat aptly described as looking sort of like a "squashed octopus," except with sharp claws and fangs. The brothers' motive while in New York are vague at first, but we soon learn they're there so Belial can enact revenge on the doctors who separated them. Flashbacks reveal that Duane and Belial's mother died giving birth to them and that his father was so ashamed he kept his sons prisoner in his home, refusing to let them go to school or be seen in public. The father eventually enlisted the aid of three doctors - including a couple of veterinarians - to separate the two in the family's own living room. Immediately after performing the procedure, the doctors simply put Belial in a bag and set him on the curb with the trash. However, Belial managed to survive the operation and, needless to say, emerged with something of a grudge. With help from Duane, the two build a buzzsaw contraption that splits their father in two and then are raised to adulthood by their compassionate aunt. 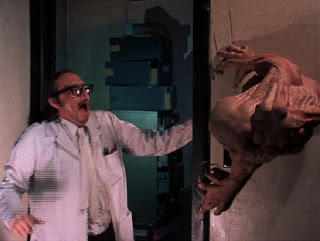 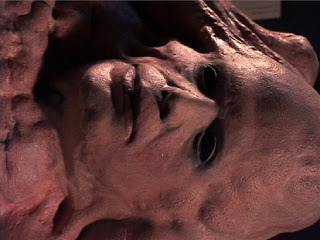 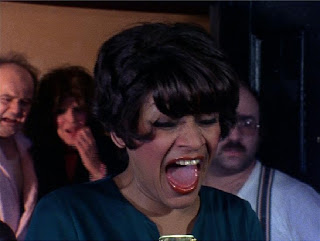 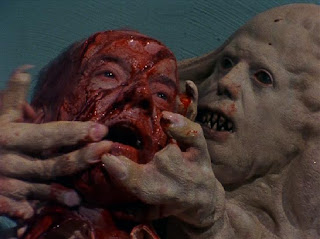 With two doctors left to eliminate before Belial (who masterminded this whole revenge plot himself) is satisfied, the two get to work hunting them down. First up is Dr. Needleman (Lloyd Pace), who ends up getting ripped in two, and then Dr. Kutter (Diana Browne) , who has her face pushed into a drawer full of scalpels and scissors. Everything goes smoothly enough, but Duane is depressed and getting sick of his lonely existence, having to constantly cater to his brothers wants and desires and not being able to live his own life. He meets one of his slain doctor's receptionists - Sharon (Terri Susan Smith) - and goes on a date with her, but that only causes Belial to trash the hotel room and kill one of the tenants, which prompts a police investigation. Belial's not just a temperamental, cold-blooded killer, but also suffers from some serious sibling rivalry. Jealous that once their goal is accomplished Duane is going to desire a "normal" life and a "normal" relationship, Belial wants to ensure that if he's not going to have any then Duane isn't either. 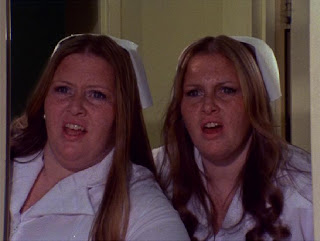 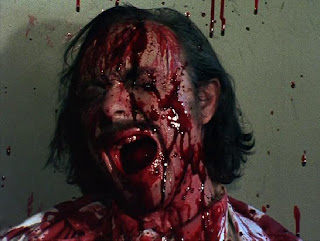 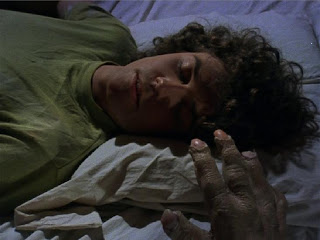 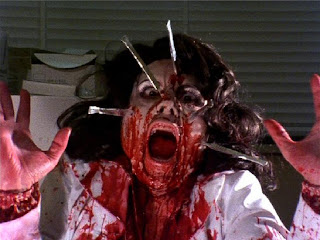 Complaints about terrible acting are pretty much going to fall on my deaf ears. Sure, by conventional standards, some of the amateurs may be a bit over the top, but in this context it actually works in the same way it works brilliantly in the early films of John Waters or in Paul Bartel's PRIVATE PARTS (1972), which seems to have partially influenced both the aesthetic and the atmsophere of Basket Case. All of the actors fit their roles well and many of the "low life" characters in and around the hotel contribute heavily to the seedy 42nd Street atmosphere while also upping the eccentricity of the piece even further. The special effects - including crude stop-motion animation - and look of Belial are sometimes labeled hokey, but I thought they were effectively done and also utterly charming. And despite what many say, I didn't find the movie so-bad-its-good either. I found it genuinely good and it remains completely unique all these years later; managing to skillfully combine dark humor and gory horror, while simultaneously maintaining a certain camp factor and providing some genuinely heartfelt and thoughtful moments along the way. 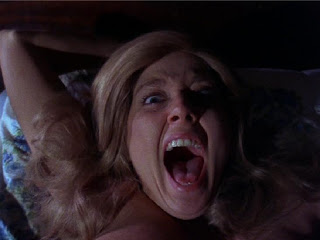 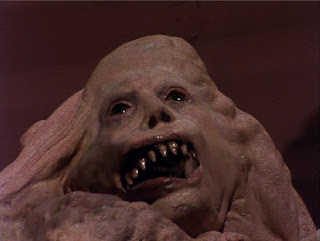 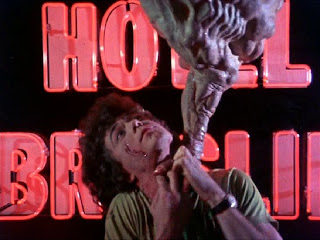 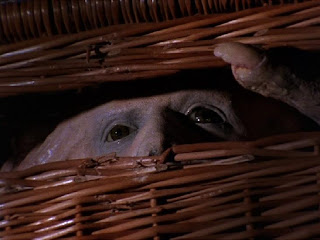 Basket Case's reputation would spread slowly but surely thanks to a moderately successful theatrical run (the film became a popular midnight movie) and it becoming a cult hit in the early stages of home video. By the end of the decade, its growing fan base was enough to prompt a pair of follow-ups: BASKET CASE 2 (1990) and BASKET CASE 3: THE PROGENY (1991). Both were also made by Henenlotter and while neither is a match for the original, they're at least quirky and watchable. 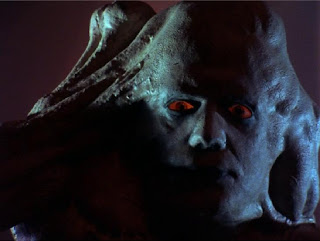 Hmmmm idk ....idk lol it was different...not exactly my cup of tea!

Definitely not for everyone but I love it. ;)