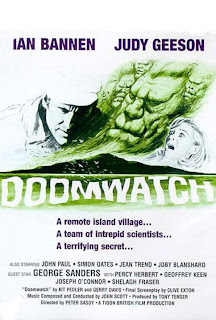 
Environmental issues have been prevalent in the horror genre ever since the 1950s, where nuclear waste and pollutants of all kinds have been responsible for creating giant monsters and mutants. This one is based on the Kit Pedler and Gerry Davis created television series, which was popular enough on BBC to last for three seasons (1970 to 1972) and spawn this feature-length film (Clive Exton is credited with the final screenplay). A new government agency called "Doomwatch" has been formed to combat a worldwide pollution problem. To find out what effects lead additives from a recent oil spill and the detergents used to clean up said oil spill are having on sea life, Dr. Del Shaw (Ian Bannen) travels to Balfe; a small, sparsely-populated island worst hit by tanker spill. Sent to retrieve samples of seaweed, gastropods, bivalves, crustacean and possibly gulls for study, Shaw plans on just staying long enough to gather samples and then be on his way. Upon arrival, he notices the villagers living on the close knit island are an odd bunch and less than hospitable. He's constantly questioned about how long he'll be staying and what he's doing there, he has a difficult time finding accommodations and notices nearly everyone acts secretive or even downright hostile, including the local policeman and priest. He's finally able to get a room from Miss Johnson (Constance Chapman) and there meets fellow foreigner Victoria Brown (Judy Geeson), a school teacher who seems to be turning a blind eye to whatever is going on there. 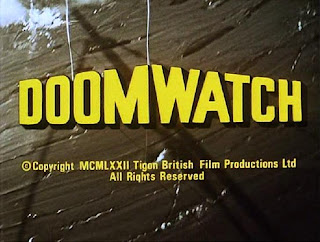 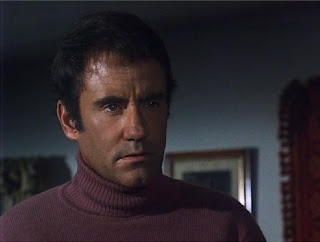 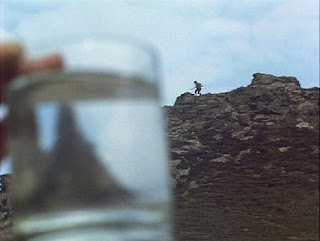 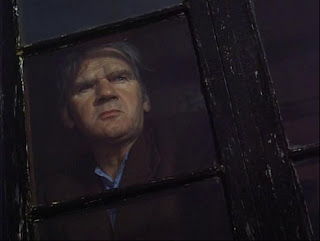 The next day, Del ventures out to gather specimens on the beach but thanks to more peculiar behavior from the villagers - and the fact someone seem to be following him everywhere he goes with a shotgun - he decides to stay a few extra days to see if he can figure out just what is going on. While taking a stroll through the woods, he catches two dogs digging at the dirt. After getting attacked by one of them, he discovers the body of a young child in a shallow grave. When he reports it to the police and returns there, the body has been moved. One of the villagers destroys his camera and he's attacked by something hideously disfigured in the barn. Eventually, Victoria agrees to help him under the condition that nothing bad happens to the islanders. She confides in him that people are starting to refuse to leave their homes, the men suffer from violent outbursts and people have been disappearing. Many townspeople also seem to be changing physically, with overhanging brows, widening of the nose and lips and worse. While catching some fish, Dr. Shaw notices a prohibited area of the island called Castle Rock, which used to be a military dumping ground for "mild" radioactive waste. 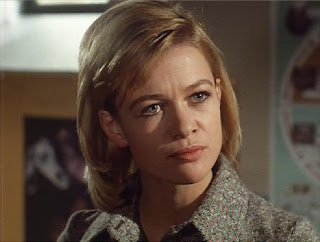 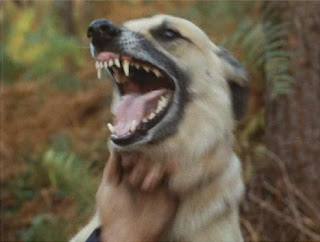 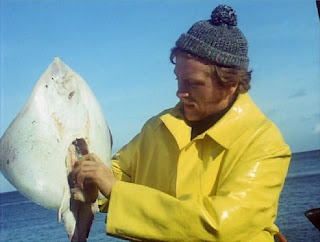 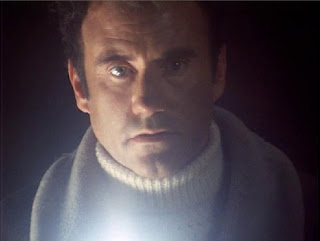 Shaw returns to London to piece together the clues with a few colleagues. He gets underwater photographs of what the military actually had dumped there... along with hundreds of mysterious canisters the military didn't dump there. Turns out the unaccounted for drums (dumped there illegally) are full of a growth hormone which stimulates the pituitary gland and, in large enough doses, can causes mutation. The fish in the nearby waters have been contaminated and thus some of the folks living on Balfe have also been contaminated, resulting in widespread epidemic of the disfiguring disease acromegaly (which 40s horror star Rondo Hatton suffered from). The islanders, who are ashamed of their past history of inbreeding and immorality and want little to nothing to do with progress, aren't all that willing to cooperate either. 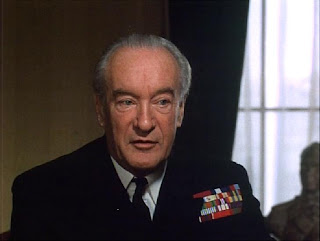 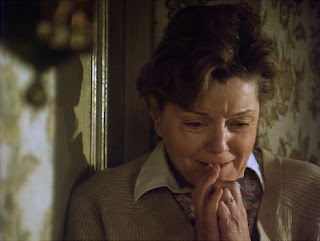 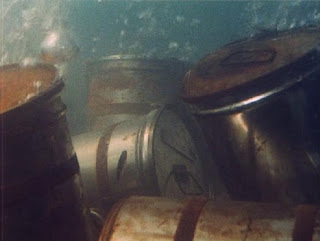 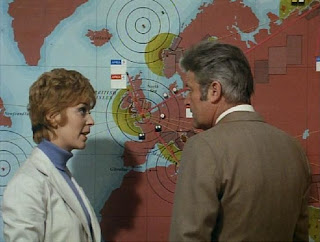 Going into this expecting a mutant horror flick is absolutely the wrong way to go, though the film has been advertised as such over the years. It's non-exploitative for the most part, quite dialogue-heavy and has only a handful of shock sequences. In short, it's not very exciting to watch in an action-oriented sense. However, it is intelligently written and a well thought out film, with a more credible science component than usual. It accurately disassembles the pecking order of illegal chemical dumping, with the chemical company who produced the toxic chemical subcontracting the actual dumping work to a disreputable firm and then playing stupid so that they're not actually responsible for any of it. How all of this goes down is approached from a multitude of perspectives and we see how different groups; the science community, the business community, the religious community (represented by Joseph O'Conor's vicar who believes the epidemic is punishment from God) and the military (George Sanders has a few brief scenes as an admiral) react. And much of the reaction is sadly quite accurate to how something like this would pan out in real life. 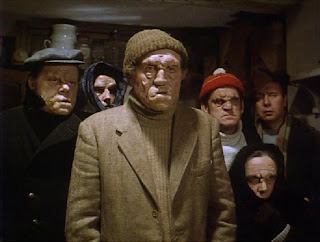 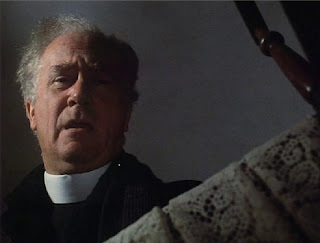 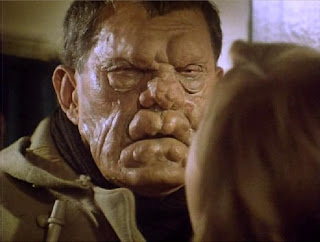 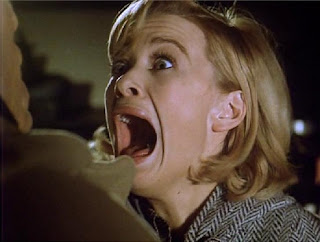 The film made its biggest splash in America re-titled Island of ther Ghouls and playing on "The Ghoul Show" triple feature along with GRAVE OF THE VAMPIRE (1972) and GARDEN OF THE DEAD (1972). Paul and Simon Oates (who apparently did not like this film adaptation) reprise their roles from the BBC series and - along with Jean Trend - comprise the primary Doomwatch team. The solid supporting cast also includes Percy Herbert, Shelagh Fraser (doing a very nice job as an islander with an infected husband), Geoffrey Keen, Norman Bird, James Cosmo and George Woodbridge.