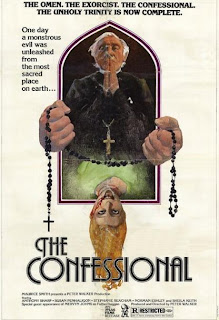 
Director Walker claims that some of his films were "a deliberate attempt to try and get some controversy." Such was clearly the case with this one, which uses the premise of a deranged, degenerate priest as a platform to point a finger at the hypocrisies and secretive nature of the Catholic church. Jenny Welsh (Susan Penhaligon) is a modern, independent young woman who shares a flat with - and works for - her older sister Vanessa (Stephanie Beacham), who owns a small London boutique. Jenny's relationship with her unfaithful, no-good boyfriend Terry (Stewart Bevan) is on the rocks and he decides to move on and move out. Distraught and desperately needing someone to talk to, Jenny wanders into the Church of the Sacred Heart and into confessional looking for a priest friend of hers. Instead, she ends up confessing some secrets to Father Xavier Meldrum (Anthony Sharp), including having had an abortion several months earlier. Meldrum seems a little too interested in Jenny's sex life which creeps her out and has her scurrying for the exit. In a rush, she drops her keys in the booth. 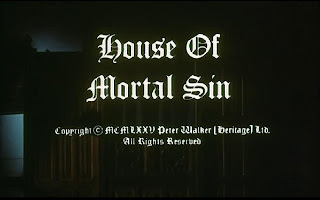 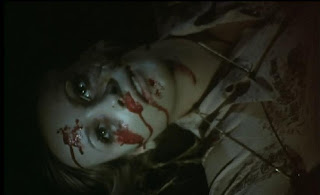 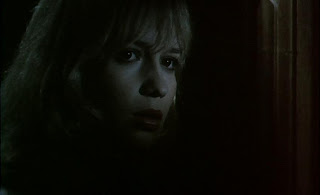 Jenny invites her friend Robert (Ian Yule) over to listen to records and have a chat. When she leaves to go get a pack of cigarettes, someone sneaks inside and throws a kettle of hot tea in Robert's face. He's rushed off to the hospital, unable to speak (at least for the time being) and the attack is blamed on the kettle exploding. The following day, Jenny gets a call about her missing keys and heads to Father Meldrum's home to retrieve them. Once there, she discovers that Meldrum in completely out of his mind. He's recorded her confession and plans on using it as blackmail to "help" her. While he claims he has been put on Earth to comabt sin, in actuality he really has more romantic designs on the poor girl. Jenny high tails it out of there but finds shaking off the disturbed priest isn't quite so easy ("You cannot survive without me!") as he begins stalking her and murdering any man he thinks may be corrupting her or threatens to expose him. Meanwhile, another priest, Father Bernard Cutler (Norman Eshley) ends up moving into Vanessa and Jenny's home. He and Vanessa end up falling in love with each other, which has Father Cutler doubting his chosen profession and if there's a real need for the Catholic church's dated celibacy policy. 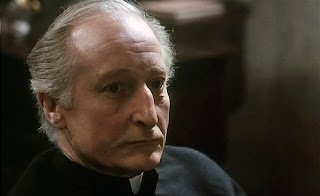 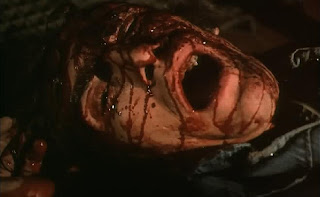 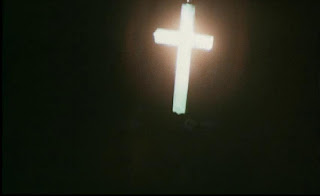 When Terry (who weasels his way back into Jenny's life) tries to confront Father Meldrum about the audio recording of his girlfriend's confession, he gets beat to death and buried in an open plot in the cemetery. More victims will soon follow suit. Mrs. Davey (Julia McCarthy), whose pregnant daughter had leaped to her death after dealing with Meldrum, is off in the background quietly plotting her revenge and the always-wonderful Sheila Keith has a memorable supporting role as sadistic, one-eyed matronly housekeeper Miss Brabazon, who gets her jollies torturing Meldrum's elderly, bedridden mother (Hilda Barry), who cannot speak or move because of a bad stroke. Brabazon pours hot tea down the old woman's throat, refuses to feed her for days on end and plays records just to annoy her. She has secretly been in love with Meldrum for thirty years and blames his mother for destroying their budding relationship. Some of the religious-themed murders include strangulation with a rosary and being fed a poison communion wafer. 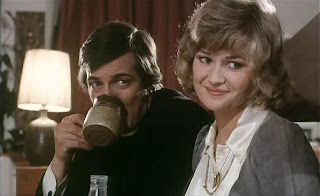 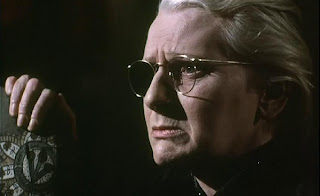 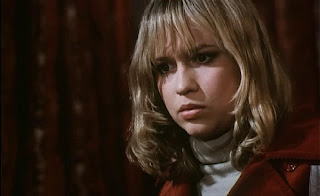 While Walker may shrug off the presence of meaningful content in his own films, writer David McGillivray clearly know the inner workings of the Catholic church well, as most of his commentary is dead on and remains accurate and relevant today. No one seems to believe Jenny's story about Father Meldrum - even her own sister has doubts - and she's labeled mentally unstable simply because of everyone's blind devotion to the church. Same goes for Mrs. Davey, who was shrugged off by the police when she told them what the priest had done to her daughter. And it's all made quite clear no one wants to stir up trouble when it comes to the precious church. Ironically, things haven't changed at all since this movie was made. If anything, they've gotten worse. The church is still powerful, still believes it is above the law and still thinks that rules that apply to everyone else in this world do not apply to them. They're still highly secretive, find ways to justify their lies and are still able to successfully cover up various crimes committed by their priests while many politicians, law enforcement officials and members of their own congregations prove to be no better by either contributing to the madness or turning a blind eye to it. This movie weaves its insights about the corrupt nature of powerful organized religions into the horror in an intelligent and thought-provoking way. 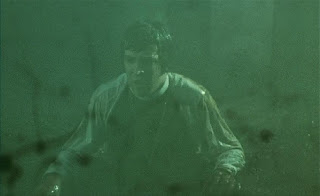 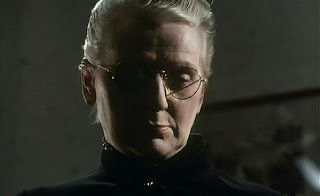 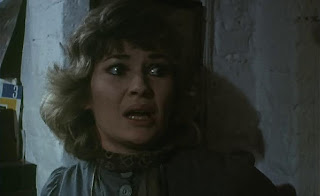 The Confessional, which was originally released in the UK as House of Mortal Sin, is not for every viewer out there. It's slow-moving, minimal on blood and action and, despite the subject matter, not overly exploitative. It is however a smart horror film for those who enjoy drawing parallels between the fictional horrors depicted on screen with ones that take place in real life. The performances from the entire cast are solid and the inclusion of a sincere, well-meaning priest to contrast the psychotic one makes a nice balance. One could even say Father Cutler represents the *potentially* positive nature of the church and organized religion while Father Meldrum represents the *reality* of the church and organized religion. The film ends on a downbeat note and no question is left to which side ends up winning out. Naturally, a cover up is involved. 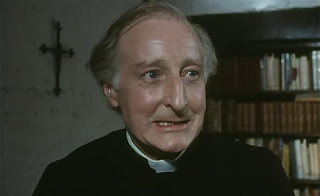 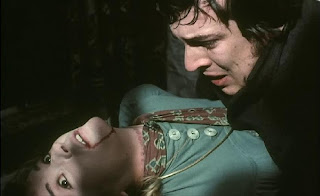 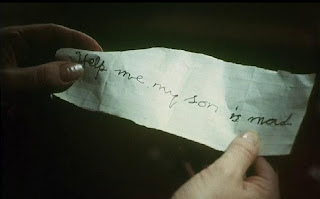 The Anchor Bay DVD, part of the Pete Walker Collection, contains a nearly-40 minute Walker documentary titled COURTING CONTROVERSY, which covers most of Walker's films and features interviews with Walker, McGillivray, actor Paul Greenwood (from FRIGHTMARE), Graham Duff (a Walker fan and writer for Dr. Terrible's House of Horrible) and others. There's also a 13-minute mini-doc on co-star Sheila Keith titled SHEILA KEITH: A NICE OLD LADY?, as well as a photo gallery, film notes and trailers for other Walker films.