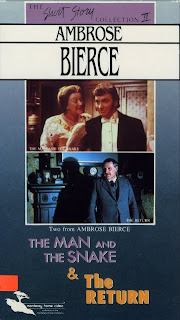 Ambrose Bierce (one of 13 children from an impoverished Meigs County, Ohio family) was a fascinating figure who not only was a prolific short story writer, but also a newspaper editor, critic, satirist, poet, journalist and soldier who served in the army during the Civil War. He dabbled in both business and politics, was nicknamed 'Bitter Bierce' because of his caustic, sardonic wit, traveled and worked abroad and famously disappeared never to be seen again sometime during the Mexican revolution (the 71-year-old was last seen in the presence of rebel troops). Bierce is perhaps most famous for his 1891 short story 'An Occurrence at Owl Creek Bridge,' which has gone on to influence countless writers and filmmakers over the years and itself was filmed as a Cannes Award-winning short in 1962. Bierce also wrote several other ghost stories, which leads us to this short subject. It runs about half-an-hour and was based (only partially) on Bierce's 1891 story 'The Middle Toe of the Right Foot.' I'm not sure where (or even if) it was screened theatrically, but it turned up as part of the PBS series The American Short Story Collection sometime during the 1980s. Many episodes of that series were issued on VHS by Monterey as part of their "Short Story Collection" series. This one was paired with THE MAN AND THE SNAKE (1972), another Bierce adaptation, for the home video release. Both were made by the team of director / writer Sture Rydman, producer Elizabeth McKay and co-writer Brian Scobie. 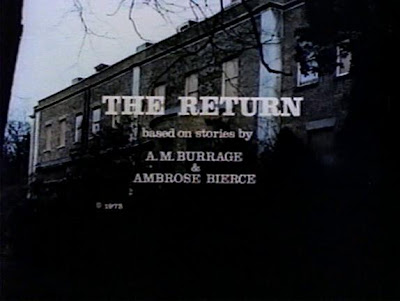 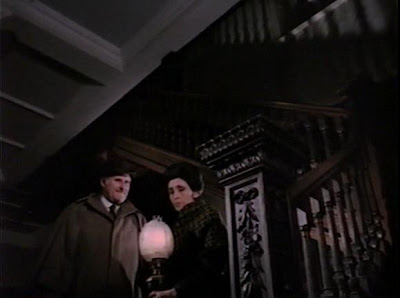 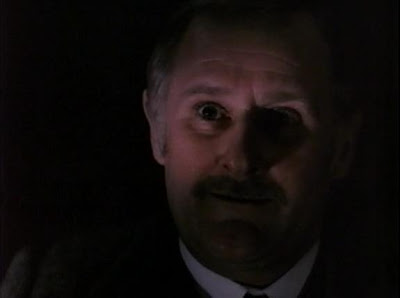 Lonely spinster Miss Parker (Rosalie Crutchley) has been employed as the caretaker at a huge home for the last twenty years. It's been up for sale the entire time and over the two decades she's seen living there all alone, not one potential buyer has expressed interest in purchasing it or, hell, even renting out a room there. Could be because its reputation precedes it. Many years ago, an unhinged man who detests physical deformity in women ended up getting married and then presumably flipped out once he discovered his new bride had one of her toes removed. He was convicted of shooting her dead with a rifle on their wedding night and then was committed to an insane asylum for life. However, things aren't quite so simple, as a second potential suspect in the killing (a spurned admirer of the bride) was able to walk away a free man. Stephen Royds (Peter Vaughan) - an intense fellow who shows up there late one evening wanting to see the property - doesn't seem to care. In fact, he seems particularly interested in the home's sordid history and would like to see if the the rumors of the home being haunted are true... 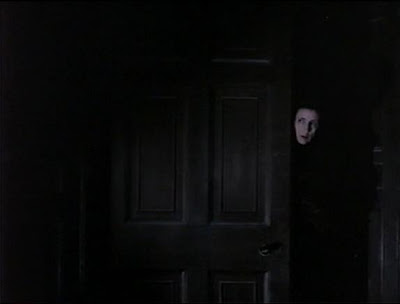 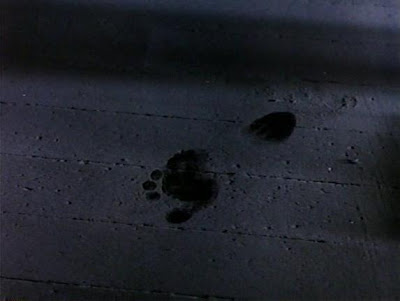 Finding overlooked gems like this one is why I love doing what I do. Though not well-known and apparently seldom-watched (judging by the fact you can't even find a review for it anywhere online!), this is an outstanding and chilling ghost tale that deserves an audience. Making due with one location, two actors and absolutely no special effects or visual fireworks to speak of, this is a compact, well-told and economically resourceful tale that delivers creepiness in spades. The sparse yet claustrophobic art direction suits the premise perfectly, as does Douglas Slocombe's shadowy photography and a wonderfully eerie, otherworldly-sounding score from Marc Wilkinson. Though the film actually swipes several key images from the Bierce story, it also incorporates ideas from the work of A.M. Burrage; an author I'm unfamiliar with. Either way, the melding of two different authors is pulled off here flawlessly. Exceptional performances from both lead actors complete the package.