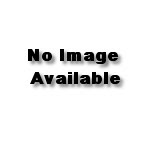 Directed by:
Mikael Beckman
Richard Holm
Henrik Wadling
Silly, amateur Swedish horror spoof (which runs just 25 minutes and understandably hasn't seen any kind of official release) reuses the original HALLOWEEN score and opens with theater patrons viewing the final reel of the original John Carpenter film. In a nearly-abandoned office building, a psycho (Mikael Lindgren) in a jumpsuit and white mask - which looks nothing like the Myers mask - cuts his way out of a package and proceeds to chase a clumsy clerk (played by co-director Holm) around while killing off anyone who crosses his path. The clerk falls down the stairs (twice), runs into walls, hits his head a bunch of times and rolls around on a skateboard, a guy has his throat slashed, another has his head smashed against a wall and a third is stabbed and lifted off the ground like the nurse in HALLOWEEN II. For some reason, one of the victims returns as a demon/zombie, bites a chunk out of someone's arm (an obvious nod to DAWN OF THE DEAD) and then gouges out his eyeballs with his thumbs (THE EVIL DEAD). Freddy Krueger also makes an appearance. At the end, there's a karate fight and the cast dances around to the song "I'm Your Boogeyman."
Available only in Swedish (though there's not too much actual dialogue), it's essentially a shot-with-a-camcorder fan film that would be right at home on a local public access TV station. A few of the gore fx are decent. All three directors went on to work on other things. Beckman (who appears here as a security guard) is a Swedish porno director under the name Mike Beck, Holm directs Swedish TV shows and Wadling has taken on various production jobs over the years, including work on EVIL ED (1996) and THE UNKNOWN (2000). Followed by a sequel.
★1/2
Posted by The Bloody Pit of Horror at 10:39 PM