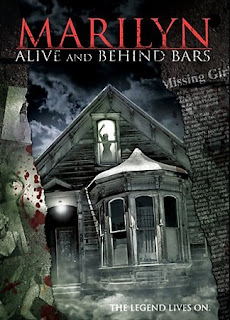 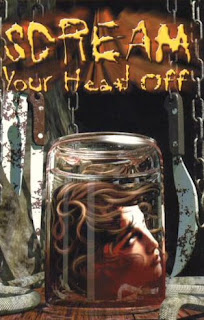 Right now I can't vouch the SYHO release (I'll review it here eventually), but the Marilyn cut of the film is fun ride if you don't mind mismatched clips (the original was shot on film while the new footage was clearly shot on video) and a lead actor who ages considerably right before your very eyes. The original plot is left more or less intact. Harry Billings (Law) accidentally kills his wife while driving drunk. Guilt-stricken, he attempts suicide by jumping off a bridge, but awakens to find himself a patient at Pinewood Sanitarium. Two corrupt physicians; Dr. Fargo (Sharon Ratcliff) and Dr. Brewer (Arthur Braham), run the joint with help from Richard Moll as sadistic orderly Otto, and use a special drug to make Harry do their bidding. They convince him he's actually world famous lover Casanova and then send him out to kidnap attractive women, who are then sold to black market slave dealers helping Middle Eastern shieks fill out their harems!
As if that wasn't ridiculous enough already, in the newly-added footage Harry pays visits to aged actress Marilyn Monroe, who isn't dead after all but instead being help prisoner in her own separate wing of the sanitarium! What we're told is that when Marilyn's contract was up, the studio murdered a look-a-like to fool the public and then shipped her off to Pinewood to rid themselves of her. Now she's just wasting away there; sometimes delusional thanks to a steady diet of drugs being fed to her by the staff. In one scene, she's seen lounging around in pigtails and grotesque, overdone makeup while clutching a teddy bear. York tries her very best breathless impersonation here, and the scenes she shares with Law have an odd charm to them. Of course, this is all completely absurd, but what I saw was harmless "what if..." fantasy fluff (complete with a happy ending for Harry and Marilyn) spliced into a horror film.
Strangely, all of the gore and nudity originally filmed in 1982 has been removed for the Marilyn cut of the film, which was given a PG-13 rating. Oh well, I still enjoyed it.
★★
Posted by The Bloody Pit of Horror at 8:59 PM