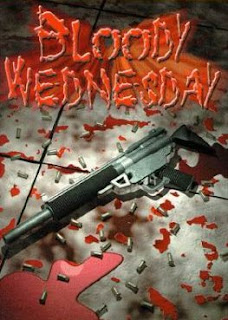 ...aka: Great American Massacre, The

Harry (Raymond Elmendorf) is hired on as a caretaker at an old vacant hotel, and suffers from paranoid delusions that are making him lose a grip on his sanity, leading him on an eventual rampage. Low-budget attempt at a REPULSION-like psychological horror study (with a little SHINING thrown in) where a troubled past mixed with an isolated environment may lead to insanity, but the build-up (which lasts nearly the entire movie) gets extremely monotonous after awhile with its fantasy vs. reality plotting. The taut ending is well done if you can last that long. It was scripted by Academy Award nominee Philip Yordan (1945’s DILLINGER). Supposed based on a real-life incident.