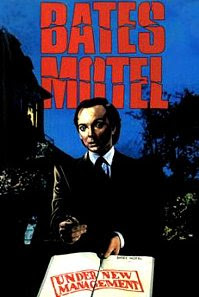 Bud Cort plays a recently-released nutcase who inherits the famous motel from Norman in this made-for-TV movie. Originally a projected pilot for a weekly series, this ill-conceived waste of time thankfully didn't go any further. It was never released on video; you'll be lucky finding it on cable, and even luckier if you never get stuck watching it. Stick with the obviously superior PSYCHO series.

NO STARS!
Posted by The Bloody Pit of Horror at 9:58 PM