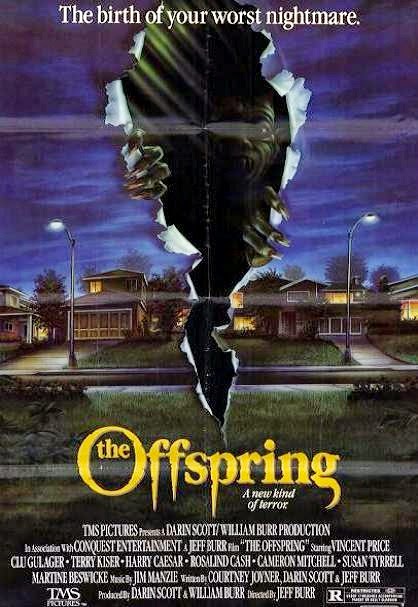 
After witnessing the execution of a mad woman (Martine Beswick), a reporter (Susan Tyrrell) visits an Oldfield, Tennessee museum curator (Vincent Price, who was quite vocal about his distaste for the finished product) to explore the murder-laden history of the apparently cursed town. Price then whips up four tales of the macabre. In the first, Clu Gulager gives a memorable performance a nerdy sick-o indulging in incest, murder and necrophilia who gets his just desserts in the form of a mutant killer baby (the result of a late-night funeral home tryst). Tale two (the weakest of the bunch) features a wounded gangster (Terry Kiser) rescued by a swamp-dweller (Harry Caesar) who knows the secret to eternal life. Story three is set at a traveling carnival and involves a snake woman (Rosalind Cash) using witchcraft to enslave sideshow freaks and force them to do her bidding. When a young woman falls in love with one of the freaks (a glass eater) the horror begins. The last (and best) of the stories seems to have been partially inspired by Lord of the Flies and stars Cameron Mitchell (in one of his better later-day roles) as a sadistic Confederate general taken prisoner by a group of psycho kiddies who subject him to a variety of tortures. The linking footage also has its own twist ending.


The excellent cast of genre vets in this acceptable horror anthology (which is a little more violent and mean-spirited than most others in the genre) is really what punches it up. Also in the cast are Angelo Rossitto as a circus dwarf and Lawrence Tierney as a prison warden (in the opening scene). The original shooting title (and subsequent DVD release title) was From a Whisper to a Scream and it features plenty of gore effects courtesy of Thomas Burman. Filming began in Georgia in 1985 (it wouldn't be released until two years later).