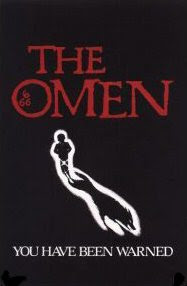 Directed by:
Richard Donner
Politician Robert Thorn (the always solid Gregory Peck) and his wife Katherine (Lee Remick) are in Rome when she goes into labor. The baby dies, so Robert decides to adopt a newly orphaned baby (without telling his wife of the substitution) and then the two move to England when he lands a job as American ambassador. When their child, Damien (Harvey Stephens), turns five, all kinds of horrible things begin happening and people start dropping like flies in gruesome "accidental" ways, leading Robert to believe he's inadvertently taken the antichrist into his home. He's right, of course, and goes back to Italy to discover the truth, taking along a photographer whose life is also in danger (David Warner), while leaving Damien in the care of the strange new governess (Billie Whitelaw), who turns out to be, quite literally, the nanny from hell. The lead actors (particularly Whitelaw) are all excellent, as is Gilbert Taylor's soft focus photography and Jerry Goldsmith's now-classic Oscar-winning score. Director Donner and scripter David Seltzer put the emphasis on suspense, pacing and character, and wisely keep gore to a minimum to increase the impact of the death scenes when they do arrive in this intelligent and scary horror classic. Also with Patrick Troughton (very good as a guilt-stricken priest who tries to warn Robert about what's going on before it's too late), Leo McKern (uncredited) and Nicholas Campbell.

Followed by DAMIEN: OMEN II (1978; featuring a teenage Damien learning to come to terms with his destiny while in boarding school), THE FINAL CONFLICT (1981; featuring an adult Damien's rise in the political world) and OMEN IV: THE AWAKENING (1991; a made-for-cable flick dealing with Damien's evil little daughter Delia). There was also an atrocious, horribly cast and mostly ineffectual 2006 remake.
★★★1/2
Posted by The Bloody Pit of Horror at 5:00 AM