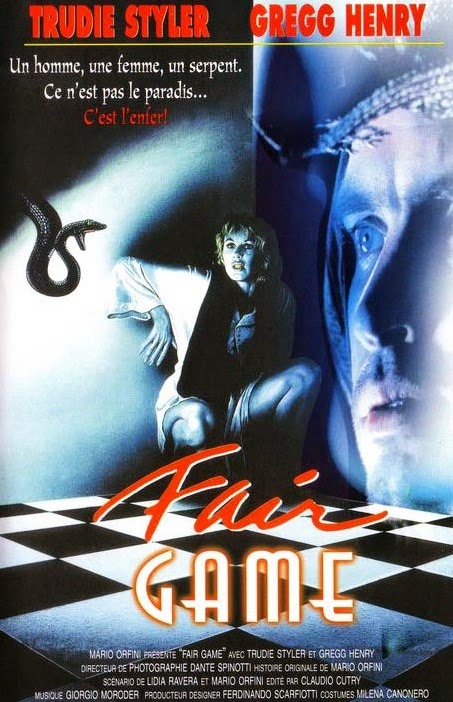 
Interesting premise; to get revenge on his wife (who's threatening divorce) an wealthy electronics wiz (Gregg Henry) locks her inside her fancy apartment with a deadly black mamba snake and monitors the two through tracking devices and phone calls outside in his car. Unfortunately, the direction, scripting and editing are so uneven that this is never as scary, suspenseful or entertaining as it could have been. There isn't a whole lot to watch here… unless you're interested in seeing Trudie ("I'm-married-to-Sting") Styler contorting her body to demonstrate yoga positions, talking to herself, lounging in a bubble bath or running around in her panties screaming. In fact, this often comes off more as a showcase for Styler's fit bod than a horror-thriller. And is that good-lookin' dude in the intro really Chop Top from Texas Chainsaw Massacre 2? Sure is. But don't expect much from Bill Moseley here. Just a brief appearance. The score is from Giorgio Moroder and a soundtrack album was also released.

Not to be confused with no less than two Australian thrillers from the same decade that used the same title (1982's Desolation Angels and 1986's Fair Game). It was originally titled Mamba (a title kept for its European release).