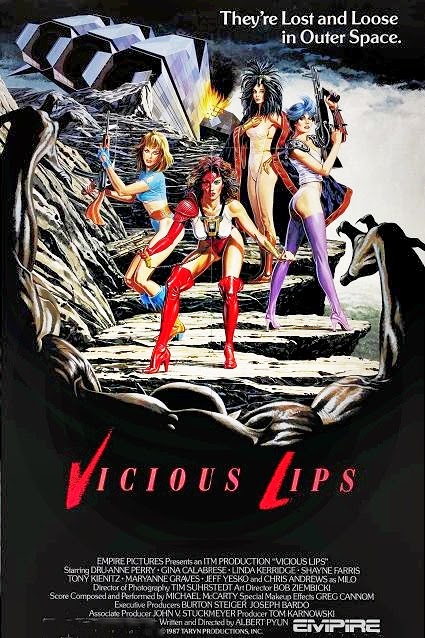 
A futuristic sci-fi / horror / comedy / musical with space mutants, sleazy band managers, three-titted alien babes, spastic music video editing and a New Wave score? Only in the 80s, I tell ya. Sometime in the distant future, the Vicious Lips are an all-female synth-heavy glam rock band. They're having trouble holding on to their primadonna lead singer Ace Lucas (Angela O'Neill), who wants to leave to join some other band called the Cruikshanks, but thankfully that's all taken care of when she's run over and killed by a car. Desperate to fill the vacant slot so they can fulfill a gig, weaselly, cigar-smoking band manager Matty Asher (Tony Kientiz) goes to a high school talent show and immediately drafts squeaky clean Judy Jetson (Dru-Anne Perry) to fill the lead singer spot. He renames her Ace Lucas so he doesn't have to change publicity materials, fits her with a wig that looks like something scraped off a busy highway and introduces her to the other members of the band. There's tomboy bass player Bree Syn (Gina Calabrese), disillusioned, "Martian herb"-smoking keyboardist / drummer Wynzi Krado (Linda Kerridge), who frequently changes her look and identity, and chain-smoking lead guitarist Mandaa Uueu (Shayne Farris), who's so tough she gouges out a peeping tom's eyeball with her fingernail. And when a band mate refers to Mandaa as being "fried" they're not just talking about her hair. That may also explain why she's so apprehensive about the new addition to the band and doesn't hesitate to let her know she's only a temporary replacement. 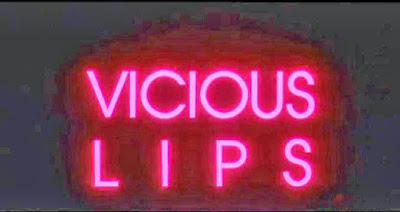 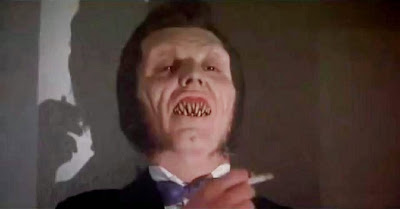 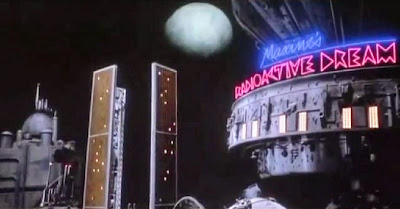 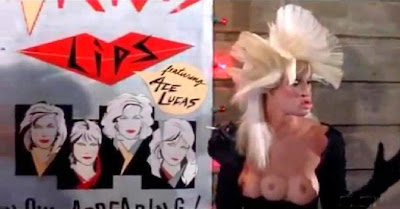 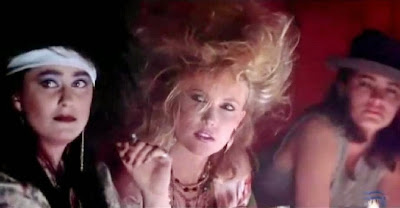 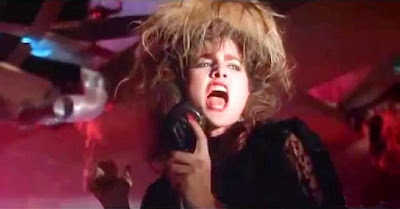 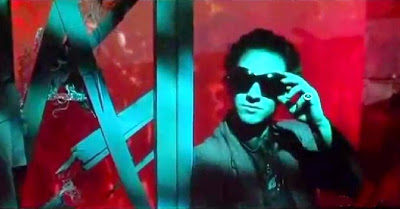 While the band performs at the lowly, smoky dive called The Spaceport Lounge, Matty gets a call from make-em-or-break-em music promoter Maxine Mortogo (Mary Anne Graves), who offers them "a chance at super-galactic stardom" by filling in for a band who got killed in a spaceship crash. The gig is to take place at her club, Maxine's Radioactive Dream, and it's just the exposure the band needs to make the leap to the big time. The problem? The club is all the way on the other side of the galaxy and no one has a ride. Matty immediately cuts the girls' Spaceport gig short, takes them to a launching deck, steals a spaceship and they're off. On the way, they run into trouble in the form of asteroids, which send them hurtling down to an unknown desert planet ("Does that mean we're, like, gonna die or something?" / "Probably." / "Shit."). Now stranded with destroyed communication equipment, can the band manage to make it to their once-in-a-light-year gig at Maxine's, or will they be stranded forever in sandy hell? To complicate matters further, the ship they stole also happens to have some kind of long-haired Venusian mutant (Chris Andrews) on board, which manages to escape. 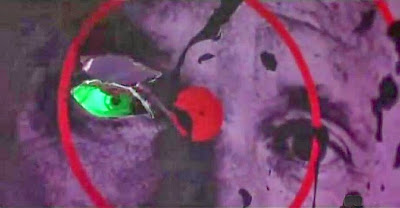 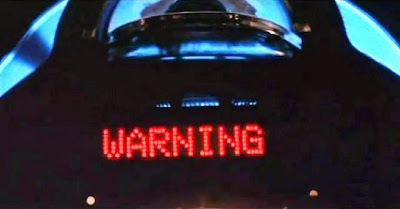 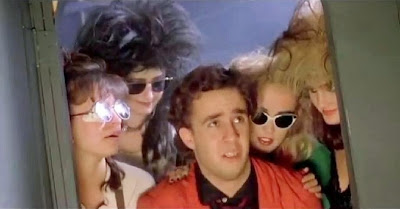 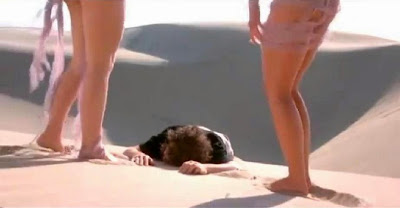 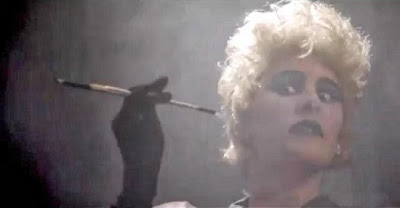 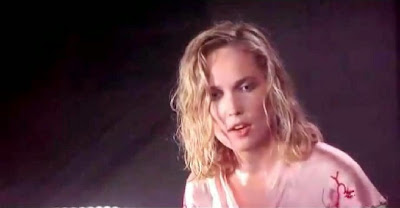 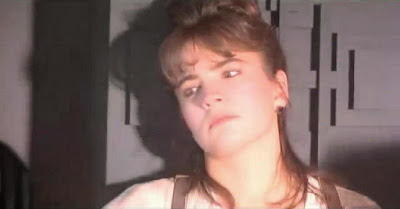 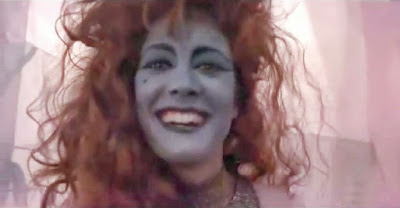 A product of Charles Band's Empire Pictures, Vicious Lips ended up being a flop. It was never issued on VHS or DVD in America during the 80s, 90s or first decade of the 2000s. In fact, it wasn't widely released here until after it was nearly 25 years old. Knowing that going in, I was expecting the absolute worst, so imagine my surprise when I found myself actually enjoying it. The budget futuristic design, the big wigs, the bad acting, the bold, colorful neon lighting, the music and just the outlandishness of the whole thing was somehow hitting my B movie sweet spot. Sadly, the fun doesn't last. Once the girls have crashed on "Passion Planet" the movie likewise has nowhere else to go but down. From then on, there are lots of boring scenes of the girls sitting around fighting and arguing on dreary sets before things take a turn for the senseless once Judy exits the ship and enters into some kind of maze of tattered sheets full of punk mutants. Like many other films that try to be quirky and crazy, this whips out the old "It was all just a nightmare" act at the very end, but by then the filmmakers have already lost us. 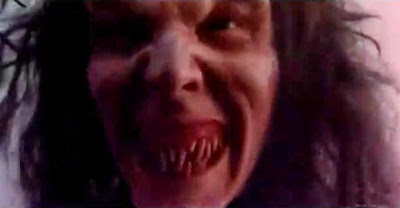 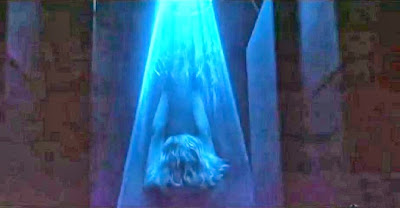 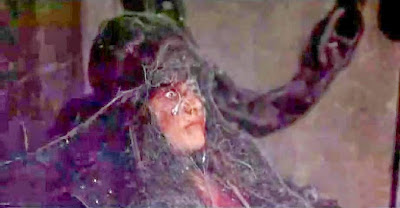 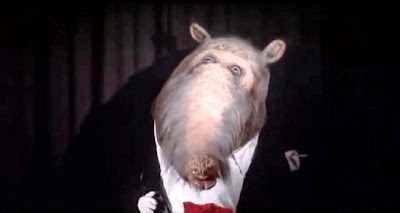 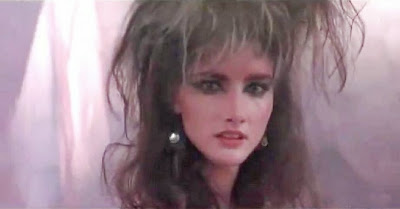 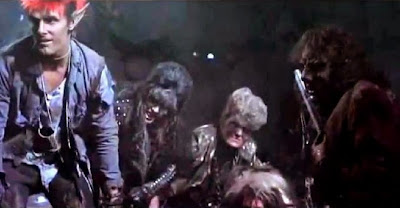 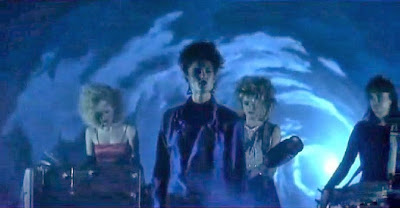 While a mixed bag at best, you can at least see where this was attempting to go and what points it was trying to make about how bands need to stick together through thick and thin in order to succeed and such. For the highly enjoyable opening 30 minutes, garish trash-heap smoky futuristic art direction filtered through a tacky 80s aesthetic, some surprisingly good songs (especially "Save Me;" with great vocals from Sue Saad [see below]) and the occasionally amusing dialogue (Judy: "I'll do anything to make it, Wynzi... anything!" / Wynzi: "Would you have sex with a Fungi Dwarf?" / Judy: "Gross! No way." / Wynzi: "I did... that was really a low point."), I'm giving this a higher rating than it probably deserves, but hey, this is 80s cheese we're talking about here. I can't totally hate this stuff. Besides, the music is way better than other girl band horrors like THE BLEEDER (1983) and PAGANINI HORROR (1988). The special effects and makeups were from John Carl Buechler, Everett Burrell, John Vulich, Greg Cannom and the Chiodo Brothers, among others.


Though Vicious Lips remained unseen in America for a long, long time, it did receive foreign distribution. In Australia, it was called Lunar Madness; in reference to a song played at the very end. In France and Japan, it was issued as Pleasure Planet; trying to play up the brief T&A during scenes where Matty is shuffling through the desert like Ratso Rizzo and encounters a couple of topless sirens dressed in rags. The film was also released on VHS in Italy, Brazil and Germany. The official U.S. DVD release came in 2013 through Shout! Factory, who included it on their "Cult Movie Marathon: Volume One" release. The other titles on the 2 disc set include The Devil's 8 (1969), Unholy Rollers (1972) and Invasion of the Bee Girls (1973).

the opening credits theme stuck in my head for at least a week.

I want this soundtrack almost as bad as the soundtrack to Aerobicide.

we could see either of these before long; lots of most-wanted cult-movie soundtracks have finally gotten limited releases on specialty labels recently.

I'd buy both! David Prior just passed away about a week ago but I hear Aerobicide is finally making its way onto blu-ray next month. Maybe that will spark enough interest in a soundtrack?