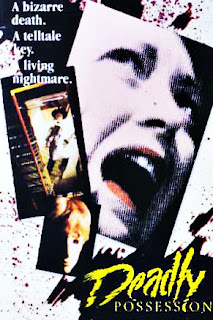 
Music student Anna (Vivienne Greaves) returns to her flat from a date and starts getting ready for a shower when there's a knock on the door. Blindly answering (remember ladies, use that peephole or at least ask who it is before opening!), a creep barges in, there's a struggle and he throws her out the second story window. Outside, a man steals a key she's clutching in her hand before some of the neighbors chase him off. The killer didn't quite finish the job, though, as Anna survives the attack and is rushed to the hospital. Her next door neighbor, Kate Martin (Penny Cook), who studies at the same music conservatory, returns home to all the chaos. She's taken to the police station, where she's questioned by Sgt. Turner (Olivia Hamnett, from Peter Weir's excellent THE LAST WAVE [1977]) about her friend, and makes a startling discovery when she takes a glance at what the sketch artist has come up with. The man witnesses saw outside with Anna's body bears a striking resembles to her ex-husband, Mike (Patrick Frost)... and that's because the man was her ex-husband Mike. 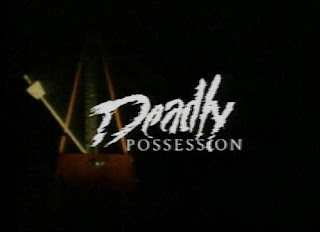 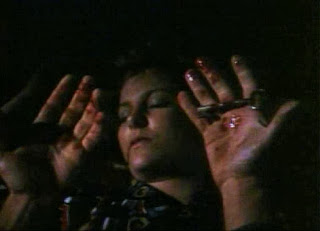 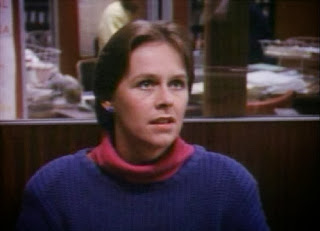 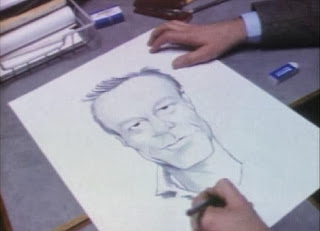 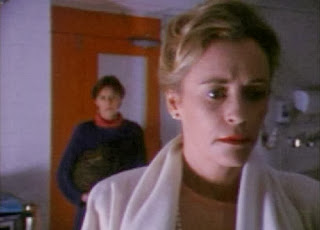 After leaving the police station, Kate and her glamorous, wealthy lesbian professor, Dr. Leslie Steiner (Arna-Maria Winchester), who's been having a secret affair with the victim that she lies to the police about, swing by the hospital to visit the critically injured and unconscious Anna before Kate's dropped back off at her apartment. Mike soon turns up proclaiming his innocence. He claims that he was indeed there, did take the key from Anna (which he accidentally later dropped down a storm drain) and was then chased off, but that he wasn't the one who attacked her and tossed her out the window. She lets him use her car, he goes to the hospital and, immediately after the real killer has snuck in to murder Anna before she can squeal, then is arrested by the police and thrown into jail. Though Kate may not like Mike enough to stay married to him, she does know him well enough to know he isn't capable of killing and sets out to prove his innocence, simply because there's a small part of her that still cares. 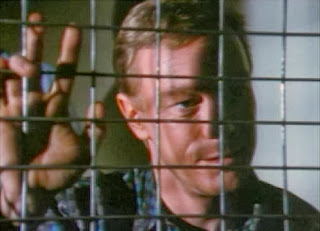 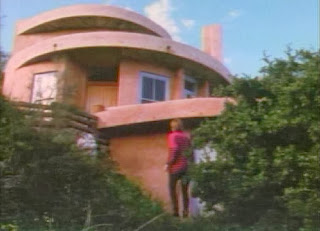 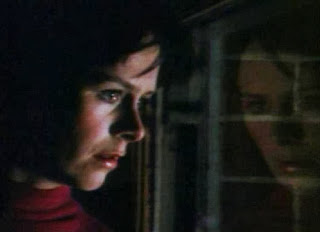 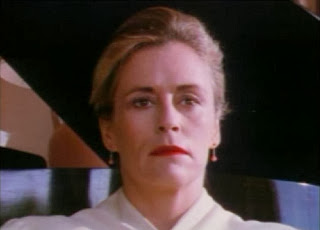 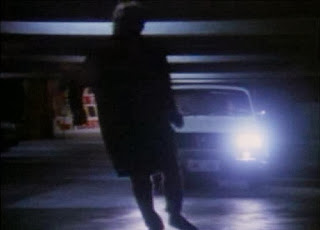 Kate finds the storm drain and the old, distinctive key Mike was talking about but she accidentally loses it while trying to retrieve it. Soon after, she begins to suspect Dr. Steiner may somehow be involved when she sees an identical key (which is revealed to be a hundred-year-old padlock key) on Steiner's key chain. She manages to steal it and then sets about trying to find out just what it opens... While she's trying to solve the mystery, someone wearing a clear plastic mask and wig begins stalking her, steals her car and kills several other people. With the police being of very little help, Kate finds an ally in eccentric geology student Sally Reid (Liddy Clark), who's taken up the vacancy in Kate's building after Anna's murder. 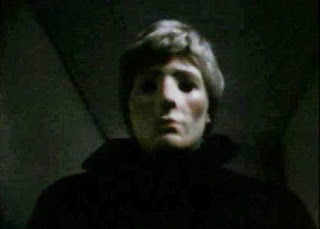 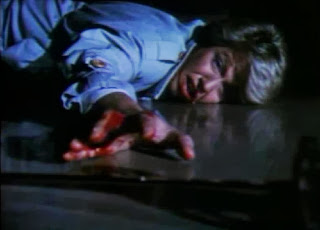 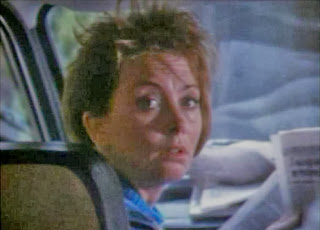 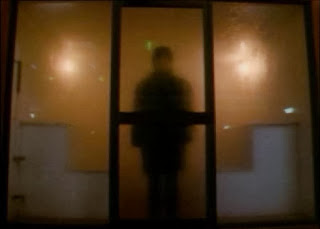 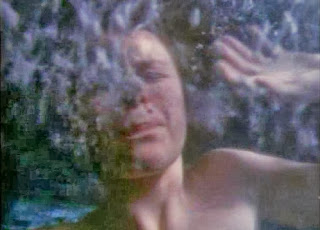 I often see Deadly Possession (originally released to Australian TV as Coda) included on lists of 80s slasher movies, but it really has little business being there. Sure, there's a masked killer and a few sequences which clearly owe a debt of gratitude to Carpenter's Halloween, but this has a low body count, no real gore, no nudity or sex, no moralizing and very little offensive language. It's actually more in tune with Hitchcock in both its style and its execution. There's the poor man caught up in a web of circumstantial evidence he needs to be freed from, personable characters, dry humor, slow-building suspense sequences and some fairly elaborate camerawork, including numerous tracking, crane, pan and POV shots. The opening attack sequence is shot from outside the apartment building voyeuristically passing by and returning to three different windows in one take. Another shot goes from inside a bedroom to outside through the window. The scene transitions are smooth and fluid and many of the suspense sequences are very nicely directed, edited and shot. All of the lead roles are played by women, which is a neat touch made even more novel by the fact the actresses cast in these parts look like real, everyday women instead of your usual model types. It's not all good news, though... 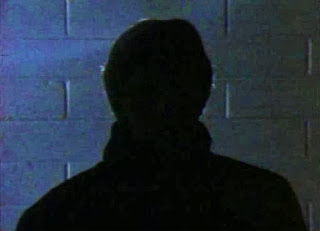 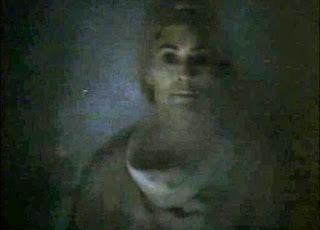 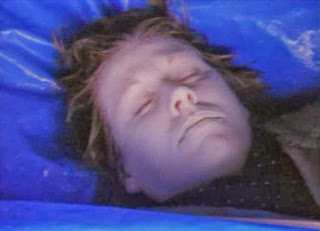 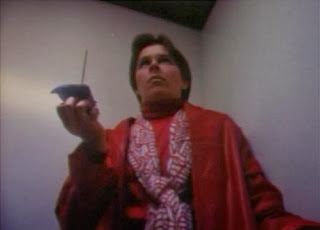 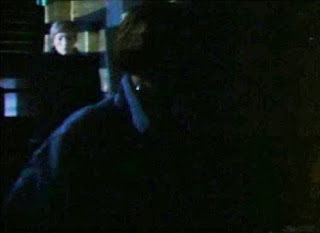 After admirably managing to build up a good bit of suspense and intrigue for well over an hour, the final fifteen-minutes somewhat betray what has come before it. The cat-and-mouse finale - with our heroine trying to elude the psycho in a dimly-lit building - is somewhat sloppy and almost chaotic in its attempt to provide jump scares in a rapid succession. By the time the killer's identity and his / her motivation is revealed, it almost seems like an afterthought. Until then, this is quite enjoyable; more enjoyable than it has been given credit for actually. This is yet another case of inappropriate ad art and misleading packaging roping in the wrong kind of audience and pissing people off by setting up certain expectations. I'm going to cut this a little slack on the rating since the horribly dark transfer on the Vestron VHS tape I viewed hampered many of the scenes (including a lot of what goes on during the finale). 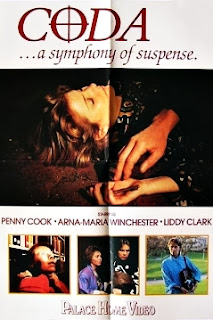 Notice the original poster honestly and accurately sells this on its suspense... 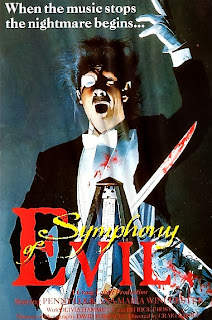 And here's what became of it on home video to rope in (and ultimately piss off) slasher fans.

Interestingly, there are a few moments in here that directly recall Dario Argento's OPERA, which was released four months later. In fact, there's a scene in both that's striking similar, with the musically-inclined heroine lying in bed at night listening to the Vincenzo Bellini-composed "Norma" from "Costa Diva" while the curtains by an open window blow in the wind and the black-gloved mystery killer stalks around outside. Hey, you never know, right?