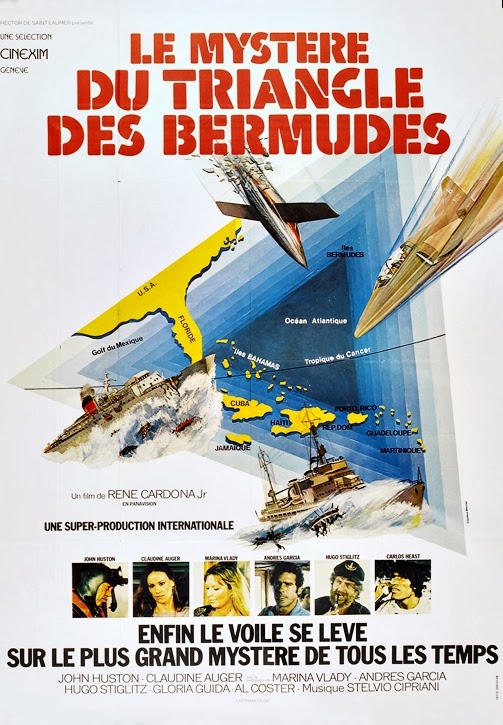 
The Bermuda Triangle is an unspecified area of water in the Atlantic Ocean where an unusually-high number of airplanes and ships were said to have mysteriously disappeared over the years. It covers between 500,000 and 1.5 million square miles depending on who you ask and some authors have defined the area's points as stretching from around Miami to San Juan, Puerto Rico on over to the island of Bermuda and back to Florida, but not all stick by this definition. The Bermuda Triangle legend began back in 1950 with an article in the Miami Herald newspaper, and subsequent sensationalist articles claiming supernatural forces may somehow be at play quickly followed suit. These helped establish the various legends that the area was somehow cursed or haunted, and some even went so far as to assert that it was controlled by aliens! These claims and the poorly-researched early articles have long since been debunked by researchers, authors, scientists, insurance companies and members of the U.S. Navy and Coast Guard. Like so many other legends, it's a fun thing to think about until fact crashes the party. In reality, there has not been a larger-than-usual amount of planes and ships to vanish in the Bermuda Triangle than there has been anywhere else. It's one of those things that's been ingrained in our subconscious despite the fact it's an unsubstantiated hoax comparable to Bigfoot, the Loch Ness Monster, the Amityville haunting and numerous other oddities some people continue to believe are real simply because they want to. 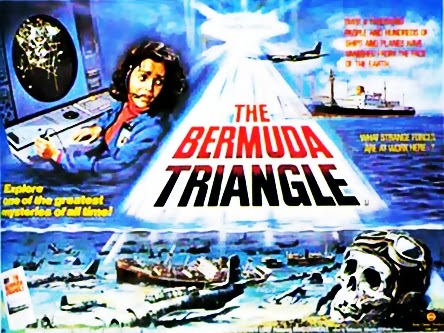 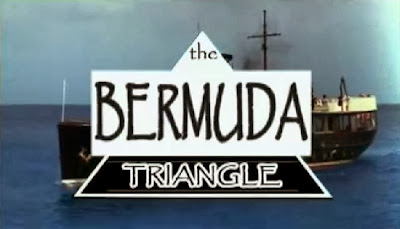 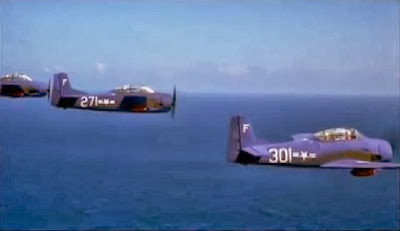 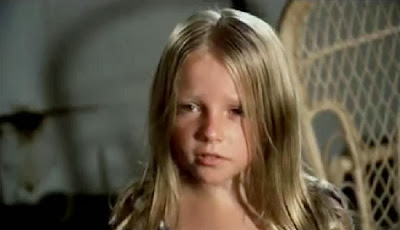 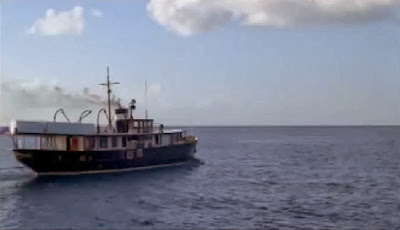 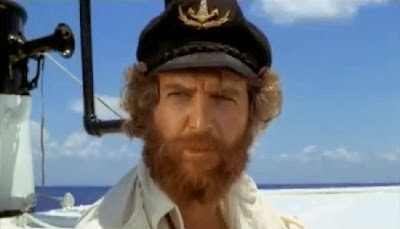 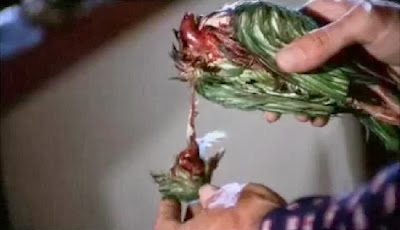 Expert diver and photographer Edward Marvin (71-year-old John Huston, who is way too old for this role) charters the boat the Black Whale in his quest to discover the lost city of Atlantis (another popular theory floated around by Triangle conspiracy theorists). He brings along his wife Kim (Marina Vlady, who was 30+ years Huston's junior), his teenage children Michelle (hot blonde Gloria Guida) and Dave ("Al Coster" / René Cardona III aka the director's son) and younger kids Billy (Andrés Garcia Jr.) and Diane (Gretha). Edward's half-brother Peter (Carlos East), a drunk, obnoxious former doctor who lost his desire to practice after accidentally killing a child during an operation, and his miserable wife Sybil (Claudine Auger) are also around for the unpleasant cruise, which is about to become even more unpleasant. While way out at sea in the Bermuda Triangle, Diane discovers a creepy old doll floating in the water. It's fished out, given to her and is soon whispering in her ear that it wants raw meat to eat. Soon enough, Diane becomes possessed, starts acting weird, gets flogged by a bunch of green parrots that promptly fall over dead with broken necks and begins obsessively talking about death. 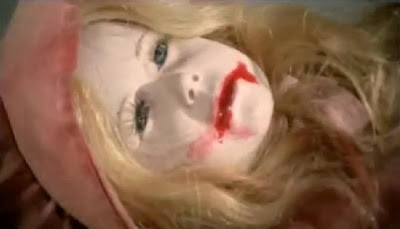 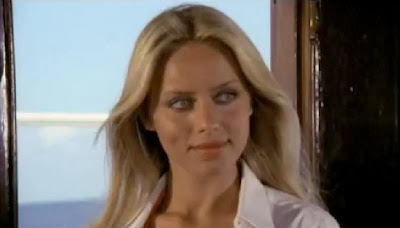 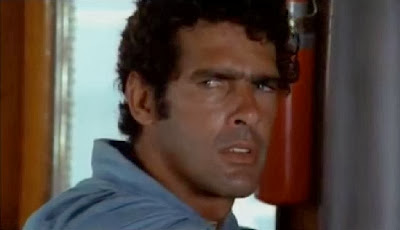 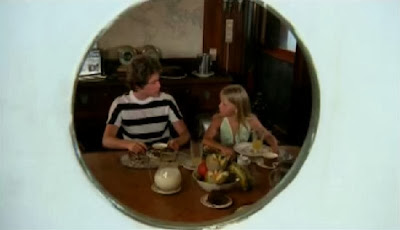 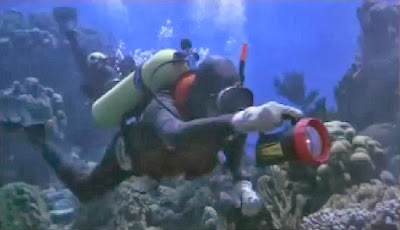 Some of the family members go diving and stumble upon a bunch of underwater ruins which may be Atlantis. Some pillars fall and crush Michelle's legs; critically injuring her in the process. Diane has some questions about the black cook (Jorge Zamora), so she asks her mommy, "What color would Simon be when he dies? Purple or white?" More like red when he's found dead in a puddle of blood after his throat is cut with a broken bottle. Some mysterious bouts of bad weather come their way and a wave sweeps Edward and Kim out to sea. Superstitious Gordon (Miguel Ángel Fuentes), who works in the boiler room, insists the doll be destroyed but no one listens and he gets chopped up by the boat's propeller. Captain Mark Briggs (Hugo Stiglitz) and his right hand man Alan (Andrés Garcia) attempt to get them to the island of Bimini but various problems keep them from going anywhere and a strange static interference prevents them from radioing anywhere for help. Will the survivors be able to escape, or will they become the latest in a long line to disappear without a trace? 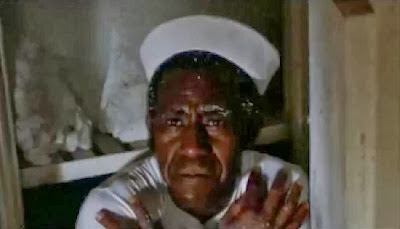 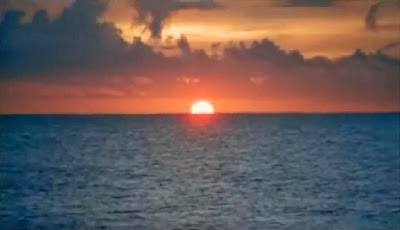 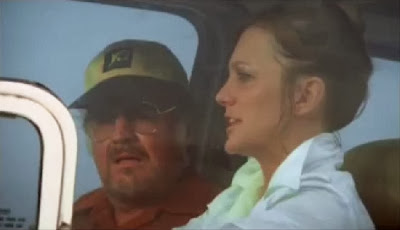 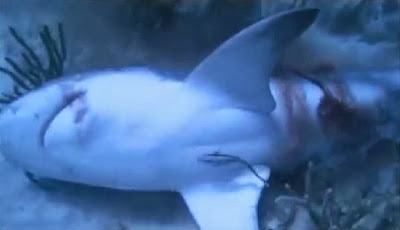 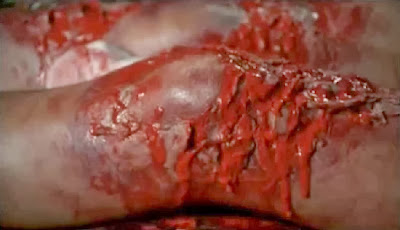 No explanation for the mysterious occurrences is ever given here, which is fine by me, but the poor handling of this material is not OK. Potentially eerie moments are continually botched by poor directorial choices and inept editing and pacing. The characters are mostly either cardboard or flat-out unpleasant, and they're not made any better by English-language dubbing so bad and so lacking in infliction that lines like "Would you like a cup of coffee?" and "Oh my God!! She's dead!!" come out sounding exactly the same. The script is bland and plodding, the dialogue is terrible, the film lurches along very slowly for nearly two hours and it's so light on violence (everything pretty much takes place off-screen) that one suspects this was made for a family audience. That's all a shame, too, because this is actually reasonably produced and features decent photography (including some nice underwater work) and an atmospheric score from Stelvio Cipriani. 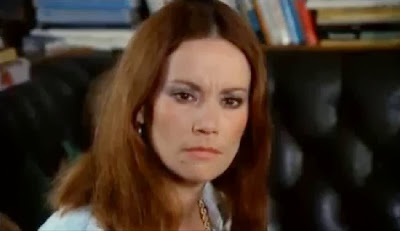 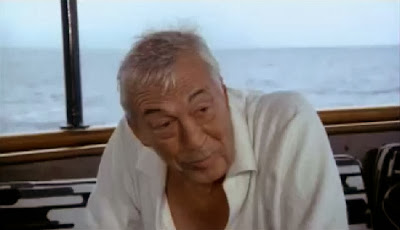 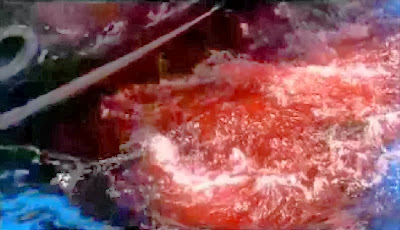 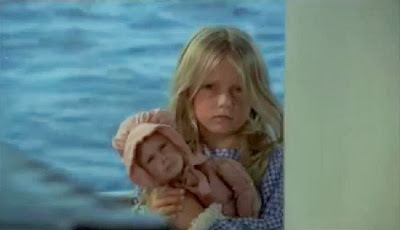 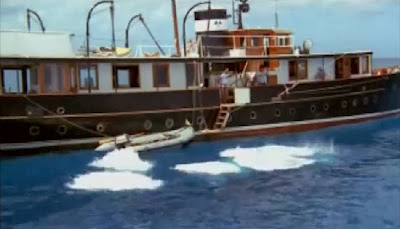 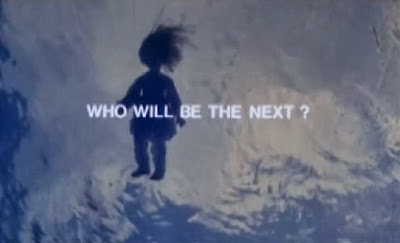 Bermuda was filmed around the same time as Cardona's TINTORERA (1977) and TERROR STORM (1978), both of which also have ocean settings, shark scenes (three real sharks are needlessly harpooned and killed in this film, which seemed to be one of the director's unfortunate preoccupations at the time) and feature cast members Stiglitz, Garcia and East. Top-billed Huston really isn't given much to do. This was made during a strange chapter in the multiple Oscar-winning filmmaker's career which also saw roles in other low-brow films like the killer octopus flick Tentacles (1977) and the Exorcist / Omen cash-in The Visitor (1979).