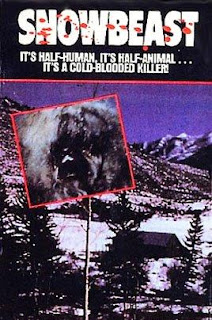 
Rill Lodge and Ski Resort is celebrating their 50th Anniversay with a Winter Carnival bash. Owner Carrie Rill (Sylvia Sidney) has many festivities planned for her guests; guaranteed to be "A day and night weeks orgy of fun and games!" Visitors can compete in cross country, alpine and freestyle skiing, snow mobile and dog sled racing and hot dogging. There are even special appearances by this year's Snow Queen Betty Jo (Jacquie Botts) as well as a washed-up, out-of-work former Olympic skiing star and gold medalist. Just leave it to a snowbeast to show up and ruin everybody's fun! While out on the slopes, Jennifer (Kathy Christopher) and her whiny friend Heidi (Annie McEnroe) find a large footprint in the snow, then hear a loud, animalistic growling noise. Heidi immediately takes off, leaving poor Jennifer behind to get killed. Carrie's grandson Tony (Robert Logan) and his buddies on the ski patrol head out looking for her but only find Jennifer's tattered and bloody clothing. When Tony goes back to report the incident to Grandma, she takes a page from every other greedy business owner character in an animal-attack movie and convinces him not to say anything until after the carnival is over. 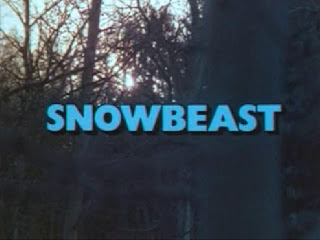 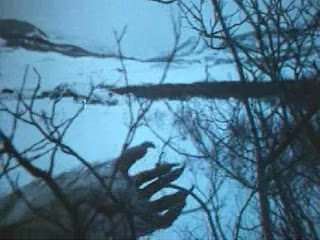 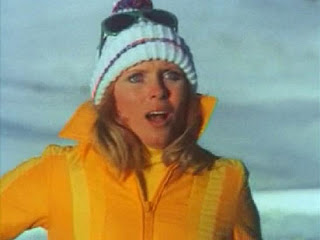 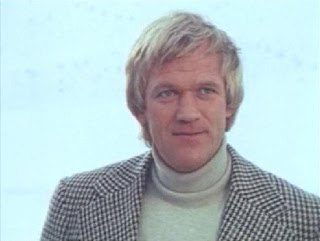 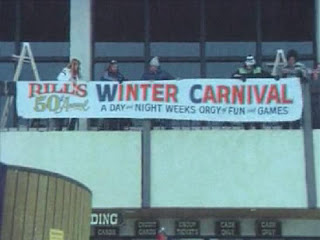 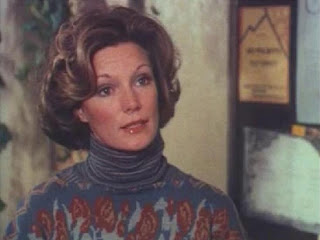 Carrie blames Jennifer's disappearance on an unfortunate avalanche and goes about her business. Meanwhile, down-on-his-luck Gar Seberg (Bo Svenson), that former Olympian, shows up with his unsupportive and fed up TV reporter wife Ellen (Yvette Mimieux). Gar's looking for a job and Tony instantly hires him as a ski school director. After all, having a living legend on staff probably would be good for business. Better for business than, say, a snowbeast occasionally mauling and eating your clientele. As with most made-for-TV movies, regardless of premise, this gives us a little non-beast melodrama to sink our bloody fangs into. Ellen is falling out of love with Gar, who she thinks has been paralyzed by his past glories and unable to be a productive member of society. Since Ellen and Tony used to be an item, she finds herself being drawn to him all over again, and vice versa. 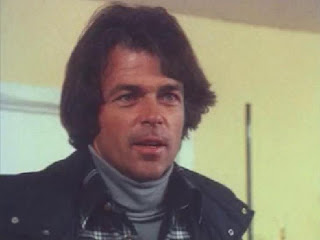 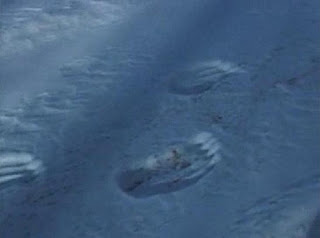 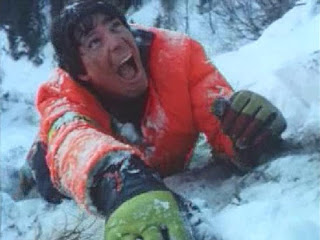 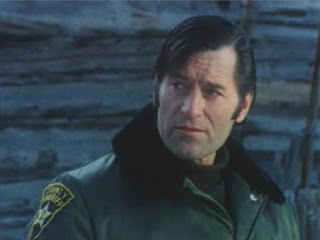 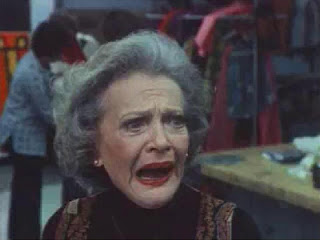 Ellen, who'd previously done an entire television special about "The Big Foot Controversy" (whatta coincidence!) goes out on her own looking for the beast and gets lost. Meanwhile, a Ski Patrolman (Thomas Babson) gets killed, Jennifer's body turns up at a farm and Sheriff Cole Paraday (Clint Walker) shows up to investigate. Paraday enlists Tony and Gar's aid in hunting down and killing the creature. Before they can get started on that, the creature goes to a high school gymnasium and disrupts the crowning on the Snow Queen by killing her mother. Gar manages to locate Ellen hiding out in a barn (Hey, there's nothing like a Yeti on the loose to help rekindle one's marriage, eh?) and then they, along with the Sheriff and Tony, camp out in the general vicinity the snowbeast has been lurking to hunt it down. 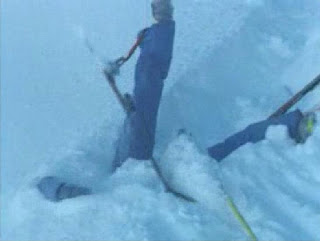 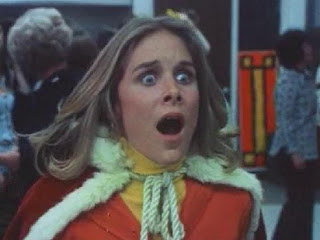 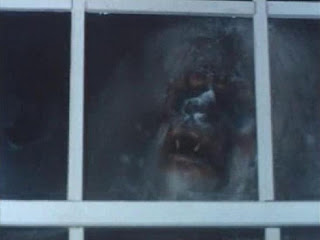 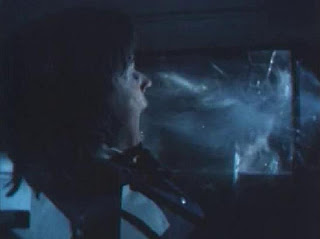 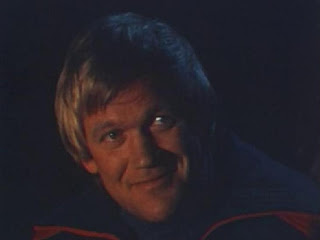 Big Foot and JAWS-style movies were both hugely popular in the late 70s, so this production is really a no-brainer. Instant success! The story's predictable as can be, the ending isn't all that exciting, they really overdo the skiing footage and POV camerawork, the monster costume (which is barely even seen) is average and there are frequent freeze frame fades to red (commercial time!), but this is passable brainless entertainment, the location filming is good and most of the acting is decent, with Svenson especially likable in the lead. There are also a few amusing moments in here, such as when the monster kicks a pile of logs and sends them rolling down the hill to overturn our heroes' truck and camper! It was film at the Crested Butte Ski Resort in Colorado. 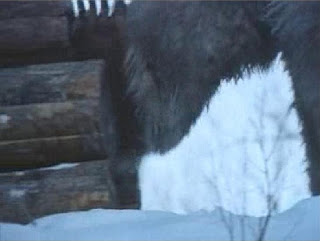 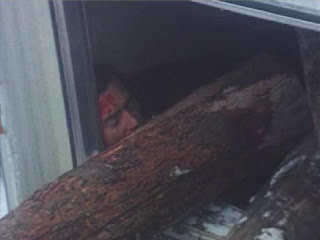 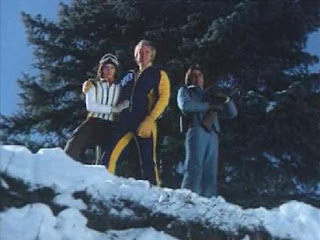 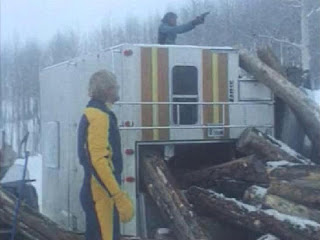 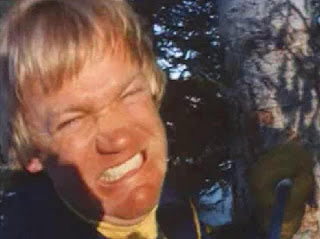 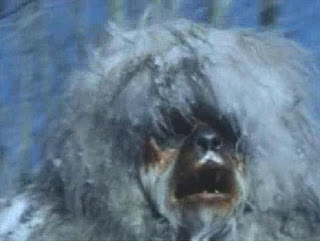 There were multiple VHS releases (from Goodtimes, WorldVision Home Video and others) and now - as a public domain title - this is even easier (and cheaper) to find than ever before.