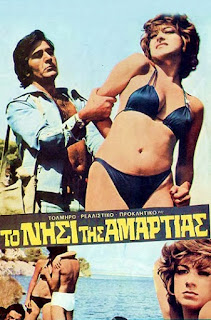 
A movie with such alternate titles as "Violent Rape," "Hostages of Lust" and "Island of 1000 Rapes" sure has its work cut out for it, doesn't it? While this gormless piece of strutting macho pap from sun-soaked Greece does have rape, hostages, lust and an island, it fails at being thrilling, compelling or the least bit believable, which softens all of its sleazy content considerably. A pair of criminals - impotent, troubled blonde Stamatis (Giorgos Stratigakis) and Charles Manson look-a-like Stefano (Petros Zarkadis) - escape from prison and hide out in some rocky cliffs near the ocean until the police are forced to temporarily call off their search. They watch from some overgrown weeds as a woman strips off and goes for a nude swim and then watch some stud named Dimitri (Yannis Petrakis) have awkward sex with a blonde in the water and then have even-more-awkward sex with the girl's bitchy nympho sister Aliki (Lia Flessa) on his boat, which ends with the two getting into an argument and him throwing her off into the water! The thugs follow the guy and girls back to their rich family's vacation home and decide that would be the ideal place to both hide out for a bit and get their hands on some much- needed money. 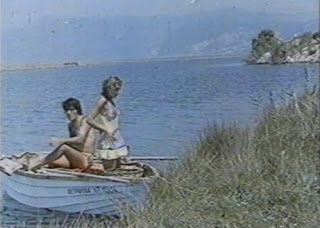 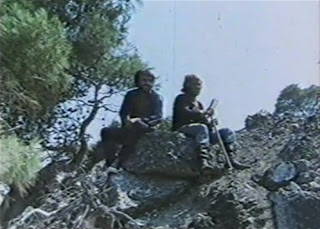 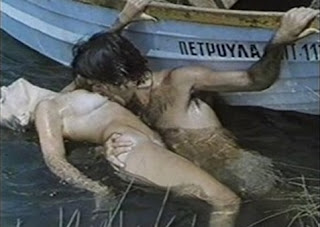 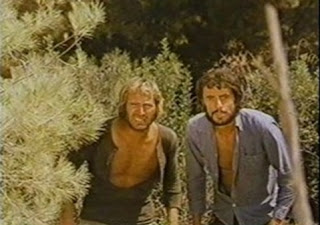 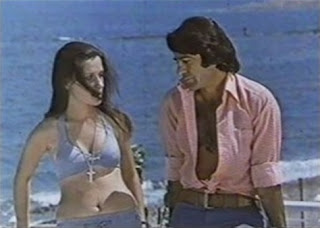 This falls into that sub-category of "terror films" made in response to the success of THE LAST HOUSE ON THE LEFT (1972), all of which feature criminals kidnapping, terrorizing and usually raping and murdering members of well-to-do families, only this time the violence is almost completely de-emphasized in favor of the sex. Once the escapees get their hands on a gun and a knife and start holding the family hostage they don't even really actually terrorize them. One of the girls gets slapped and a few of the guys are tied up and that's pretty much it until the very last scene. 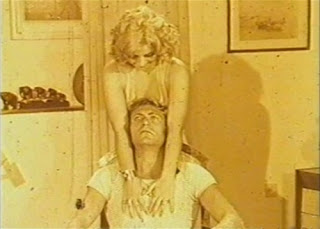 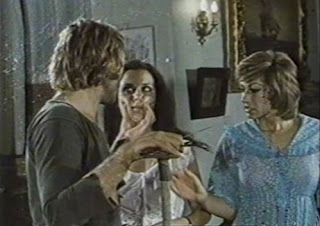 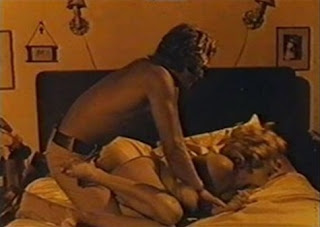 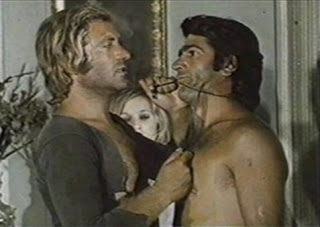 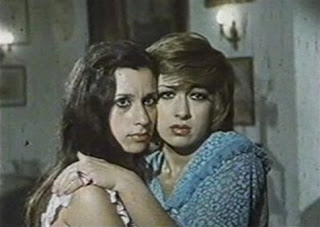 The Stamatis character has frequent orange-tinted flashbacks about his cruel, slutty, large-breasted ex-lover / sister Katia (Mary Moshoviti), who runs around all over the place naked, makes him scrub her ass with a sponge while laughing at him and flaunts her trysts in his face because he can't get it up until he finally loses it and shoots her dead. This all leads up to a jaw- dropping climax (probably the film's only truly interesting moment) where Stamatis finally gets his mojo back by making an unwelcome rear entry on one of the ladies, followed by him beating his chest like Tarzan and leaping and clicking his heels together in celebration (!?) 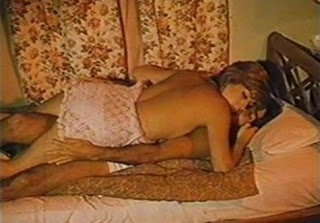 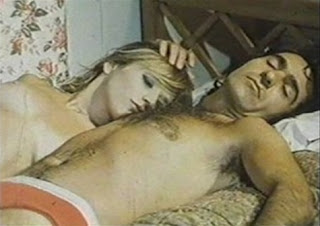 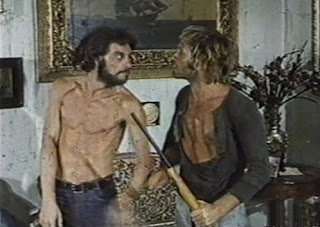 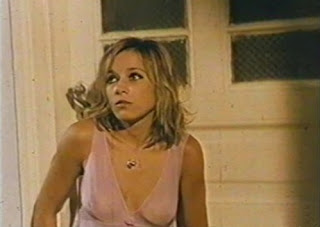 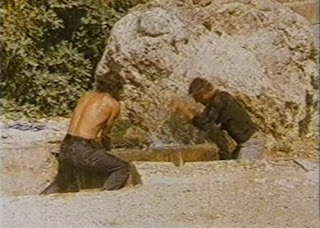 Because of the "1000 Rapes" alt. title I thought I'd have to get out my calculator to keep tabs on the depravity I was about to see. And while I figured this new title would be a huge exaggeration (I mean, 1000 rapes in 80 minutes is kind of impossible, right?), I didn't figure the movie would have just one rape scene which is debatable as rape to begin with and over in a matter of about 10 seconds. All of the rest of the sex is non-violent and consensual and that's what takes up the vast majority of the run-time. The sex itself is depicted in a rather strange and frenzied fashion with several instances of armpit licking, which must have been all the rage in Greece in the 70s. Most of the guys are butt ugly, though several of the female cast members are hot and show graphic full frontal nudity throughout. That may explain why this was seldom released outside of Greece and doesn't appear to have ever been dubbed for release in any other country. The good thing is the movie isn't hard to follow at all even if you don't understand the dialogue. 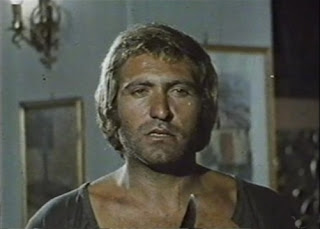 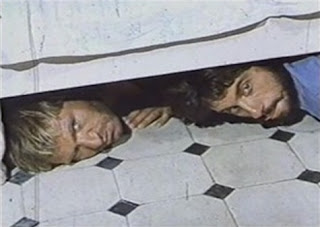 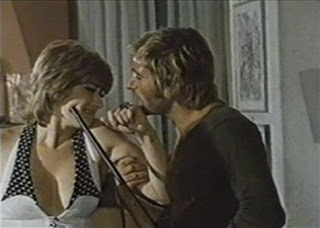 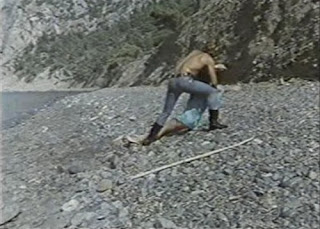 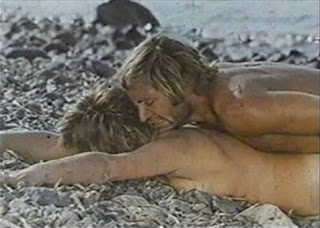 Years for this title's release date conflict depending on where you look. IMDb states it was released theatrically in Greece in 1973 but I've seen other sources claim 1974 or as late as 1976. The film is listed on the Canadian Régie du cinéma website out of Québec where it was filed under the title Hostages of Lust in 1976 and received an 18+ rating. That site claims the release date in Greece was actually 1974. There's now a DVD on the bootleg circuit that says 1976. The only legit home video issuing I'm aware of was a Greece VHS release on the Video City International (VCI) label in 1985.