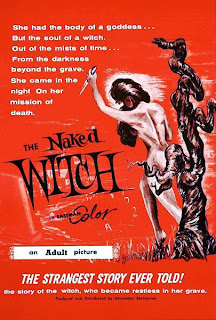 There were two different "adult's only" films titled The Naked Witch making the exploitation rounds in the 60s. The first was this very-low-budget effort shot in Texas (as early as 1957 [says IMDb] or as late as 1961 [the credits copyright]), which marked the genre debut of the usually-awful Larry Buchanan (who shares credit with producer Claude Alexander). The poster promised nudity (i.e. "an ADULT picture") and proclaimed it "The Strangest Story Ever Told!" Well, we'll see about that here in a minute. The other Naked Witch was an equally-cheap production filmed in Staten Island in 1964, which marked the genre debut of Andy Milligan, whose reputation for quality films rests in about the same gutter as Buchanan's. Milligan's movie was released as is in 1964, but was reissued three years later with 20 minutes of newly-added soft-core sex footage under the title The Naked Temptress and with the great new tagline "She made Fanny Hill seem as innocent as Mary Poppins!" Personally, I'd choose to watch a Milligan movie over a Buchanan movie any day of the week, so it figures that no known prints of Milligan's movie are still in existence while Buchanan's is an easy to find public domain title. 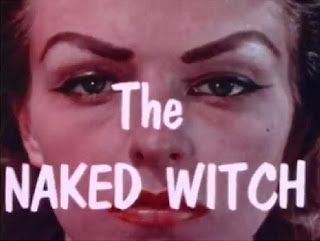 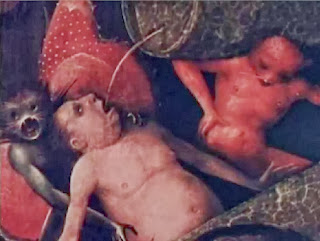 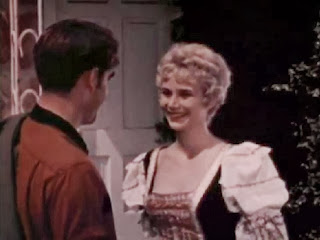 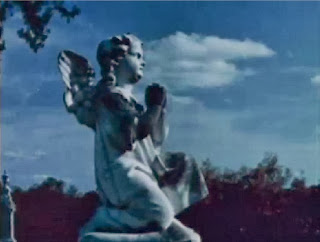 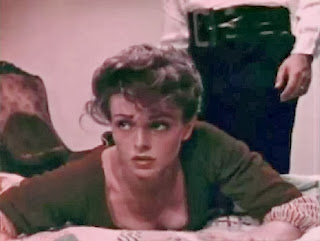 Running just short of an hour, The Naked Witch opens with 10 solid minutes of filler describing what a witch is ("They could turn their victims' minds into nightmares of hell!"), what a black mass is ("The most depraved orgies of filth and obscenity conceivable to the human mind!") and then a brief history of witches starting back in the Dark Ages. Gary Owens (later of Laugh-In fame) narrates as we get to see lots of (admittedly cool) old paintings of witches from "the great master artists." This is followed by a Shakespeare quote ("This is the very witching time of night when churchyards yawn and hell itself gives out contagion to this world") and then we're off... Well, to more narration as our whiny, droning clod of a hero (Robert Short) drives through the country. Known only as "The Student," he's writing a thesis on the early German settlers in Texas and goes to the small, isolated village of Luckenbach during their annual singing festival. Luckenbach has held onto its traditional Germanic roots over the years and is a simple farming village seemingly trapped in time. 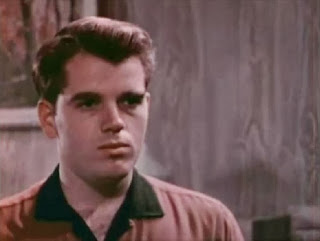 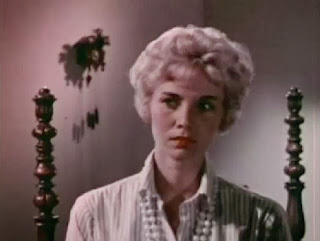 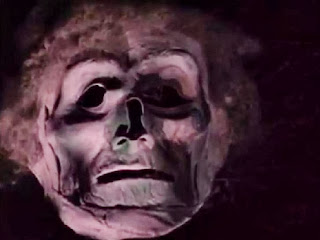 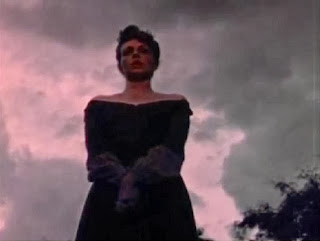 The Student soon meets Kirska Schoennig (Jo Maryman), a young blonde who agrees to put him up at her parents' inn while he's in town. The older locals, including Kirska's father Hans, refuse to help and hush up any time the word "witchcraft" is uttered, but Kirska sneaks him a book about the early settlers in the area so he can brush up on the local legend of "The Luckenbach Witch." Over a hundred years earlier, a widow (Libby Hall, also in Buchanan's Common Law Wife [1963]) was betrayed by her married lover Otto Schoennig, who proclaimed her a witch and had a stake driven through her heart. She was buried in an unmarked, shallow grave but not before proclaiming that she'll be back to avenge herself on the Schoennig family. The Student finds her grave, digs it up and discovers the widow's mummified corpse. He removes the stake from her heart and then runs back to the inn afterward. The Widow regenerates and then sets about getting her revenge by stabbing victims through the heart with the same stake she had driven into hers. 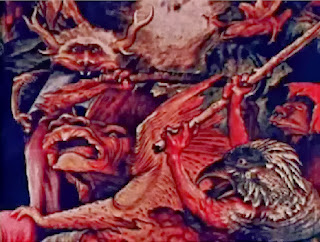 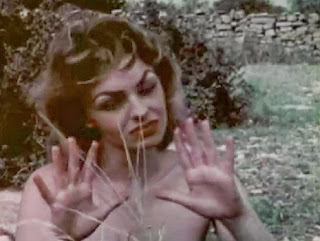 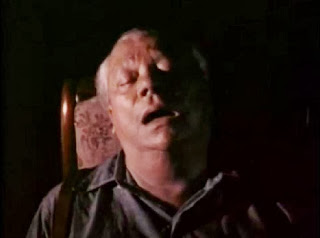 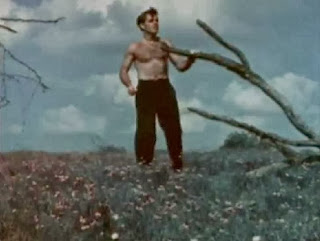 So let's go ahead and cut to the chase. No one who's going to watch this really cares all that much about the story. The real question is: Just how naked does the witch get? And the answer is: Not very. Though she emerges from her grave in the nude and makes a dash for the inn in the nude, it's too dark and shot at such a long distance you can't even really make anything out. She actually shows more of what she's got later on during a moonlight swim in a pond, though again the lighting is dark. During one sequence where she threatens to go full frontal, a thick black smudge line was added to the film to conceal her naughty bits. Other than that she runs around in a black, torn negligee that she stole off of Kirska. Despite having not seen the film, I can almost say with certainty that Milligan's effort probably delivered more of what audiences wanted to see back in the day. 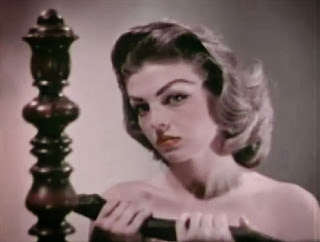 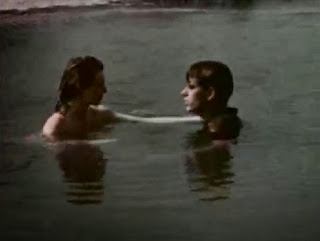 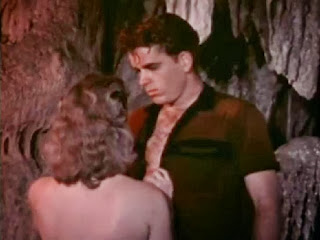 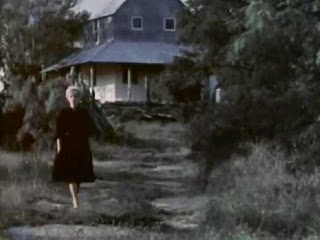 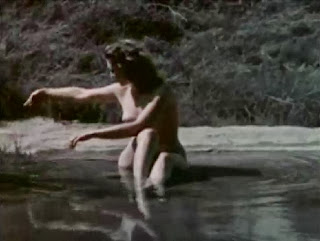 Buchanan would continue to make low-budget films throughout the next three decades; mostly trial movies, monster movies and conspiracy movies. I've yet to see anything by him I'd deem good. S.F. Brownrigg gets a credit for sound. Something Weird offers this on DVD, where it's paired with Crypt of Dark Secrets (1976).