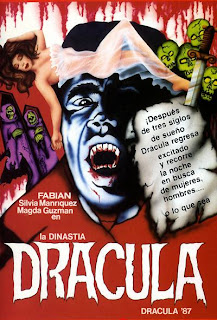 In 1595 during the Holy Inquisition, a caged Doberman pinscher is led through a village to the base of a crumbling convent. After a monk throws holy water on it, the dog transforms into a man; Duke Antonio de Orloff, who's been condemned to death for practicing demonic acts and vampirism. Antonio is stretched out on a table, gets a wooden stake driven through his heart and is then buried in a shallow tomb inside a cave. Antonio's female disciple, who can also transform into smoke and then a dog, shows up and prays to Satan to reunite them in three centuries so they can reign together in darkness. 300 years pass and the creepy, regal Madame Kostoff (Erika Carlsson) arrives in Mexico via ship from some unspecified country in Europe. She brings along a coffin that she refuses to let be inspected by the port authority but her intermediary manages to get her past them. The wealthy Madame rents a large mansion out in the country, lets go of the entire staff save her nosy coachman Andres (Roberto Espriu) and then sets about achieving her true objective: getting possession of the Sycamores Estate and being reunited with Antonio (his tomb is on their property). 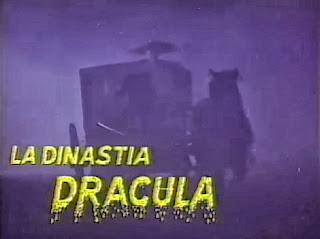 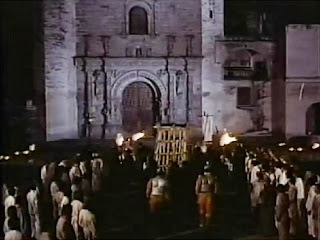 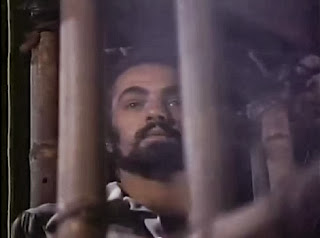 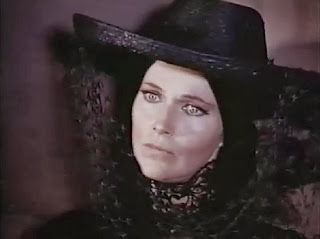 The Sycamores hacienda and surrounding land have been passed down from generation to generation for the last 300 years so the current owners; the Solorzanos (Rubén Rojo and Magda Guzmán), aren't going to budge when it comes to selling it. Still, Madame Kostoff insists on seeing it and claims her companion Baron von Helsing will be there in a few days to see it, too. Inside the coffin Madame Kostoff brought along there is, of course, a vampire. And not just any vampire, but Baron Dracula (Roberto Nelson), who needs to feed on the surrounding villagers to rebuild his strength and shows no real preference on victims. Men, women and little children alike all fall prey. The Solorzanos' attractive young daughter Beatriz (Silvia Manríquez) happens to be dating village doctor Ramiro Fuentes (top-billed Fabián Aranza), who has a mystery to solve when bodies start turning up drained completely of blood and with puncture wounds on their necks. 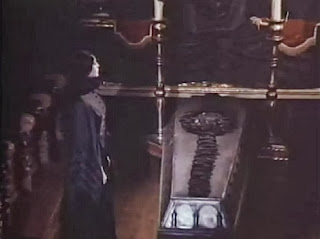 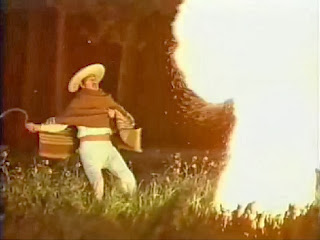 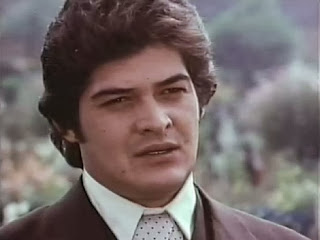 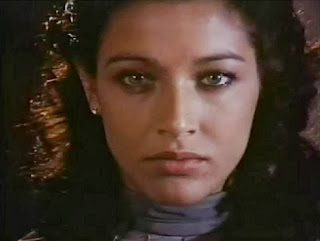 Dracula shows up at the home under his Van Helsing alias and charms the family with his intelligence and class. Still, it's not enough to get them to sell the property. He then decides to hypnotize Mrs. Solorzano, lures her out to the garden and then bites her. She dies and is entombed, but manages to escape as a vampire herself, while Dracula sets his sights on Beatriz. He and Madame Kostoff are actually there to revive the Duke of Orloff on Walpurgis Night. Meanwhile, Dr. Fuentes and initially skeptical local priest Padre Juan (José Nájera) try to get to the bottom of things. In a touch likely influenced by The Exorcist (1973), the doubting priest ends up having to save the day at the finale; entering Orloff's cave tomb not armed with a stake, but with a crucifix, holy water, his faith and prayer. 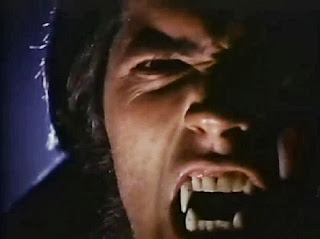 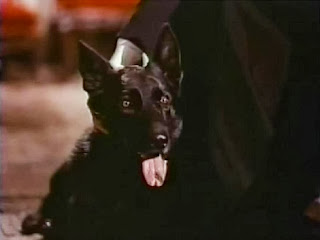 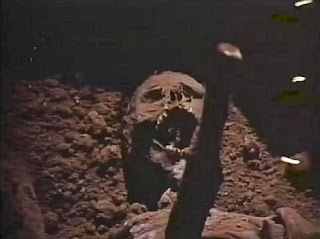 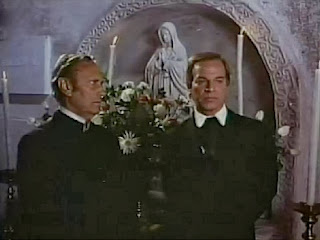 La Dinastía de Dracula takes a very old school and restrained approach to its time-worn vampire themes and it could easily play on TV with no cuts. There's no nudity or sex, no profanity and very little blood and violence. The special effects - rubber bats on strings; reversing the film for the smoke and fire sfx, etc. - are also pretty primitive, making it all the more clear why this never merited a release on VHS in America during the 80s where it would have had to compete with the likes of The Hunger (1983), Fright Night (1985), The Lost Boys (1987), Near Dark (1987) and numerous other big-budget films. The editing's a bit janky at times and the story line is certainly nothing new or original either. Still, it's made with reasonable production values and general competence and gets some mileage from its settings, some decent camerawork and a strong cast. All of the lead actors are pretty good; with Aranza and Manriquez likeable leads and Nelson making for a pretty decent bloodsucker. Best of all though is Carlsson; who's terrific as the vampire's stern, oddball black-clad companion. 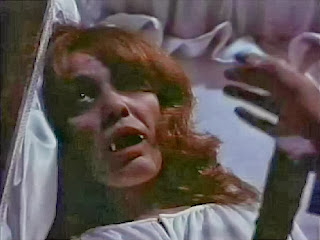 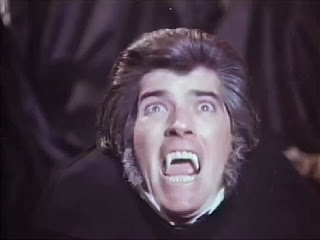 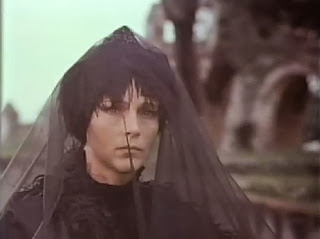 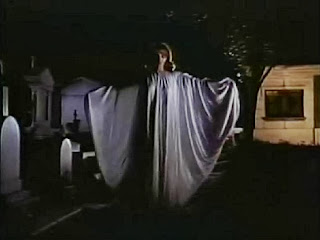 German-born director Crevenna was extremely busy in the Mexican film industry from the 1940s until his death in the mid 1990s and amassed over 150 directorial credits during his career which puts him up there with William Beaudine and Jess Franco as one of the most prolific directors of all time. Some of his other genre films include Yambao (1957), The New Invisible Man (1958), Bring Me the Vampire (1963), House of the Frights (1963), Adventure at the Center of the Earth (1964), The Beasts of Terror (1973), The Whip vs. Satan (1979) and numerous entries in the El Santo wrestling series. He had even been nominated for the Palme d'Or at Cannes for his drama Talpa (1956). 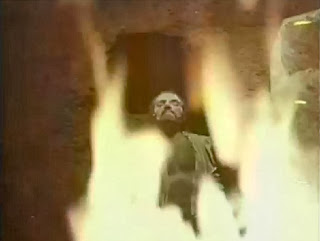 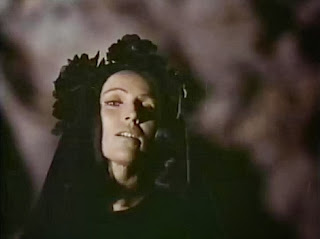 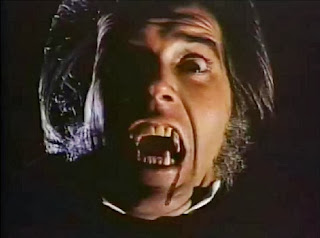 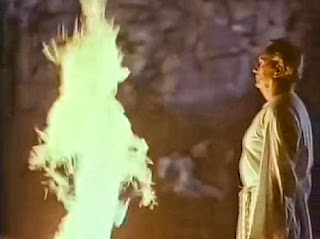 Various online sources list this as being either a 1980 or 1981 release, though the copyright date is 1978. The VHS copy I viewed was from Eagle Video out of Mexico.

This is also available on DVD from Germany. The picture quality is quite good, but alas, it has a German dub only. Strangely, the cover looks like Jack Palance:

I've seen that box before and thought the exact same thing about the guy on front being patterned after Palance. Maybe because he had played Dracula himself a few years before this one was made?

That sure could be ! Now, according to the ever (un?)reliable imdb, Palance's Dracula was not released in Germany BUT the painting used for the German DVD cover is basically a Dracula screenshot with a hood & knife added . Maybe the painter saw Bagdad Cafe and got inspired ?