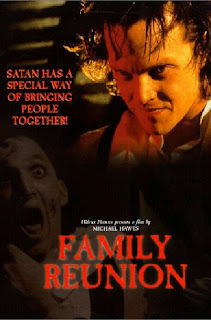 
Around Christmastime every single year Tom Andrews (Mel Novak) has the same nightmare. In it, a cult of devil worshippers are about to sacrifice a baby named Matthew when an armed posse of townsfolk bust in and shoot them all to death with a rifle. Tom, along with his psychiatrist wife Kathy (Pam Phillips), his bitchy teenage daughter Erin (Kaylin Cool), his prankster son Billy (A.J. Woods) and his reluctant, chain-smoking father Henry (John Andes), who has a heart condition, load up their station wagon and plan on setting out to visit Kathy's parents for the holidays. But first, Tom decides to swing by the small, abandoned town of Sutterville because Billy really wants to see an honest-to-goodness ghost town. On the way there, they pass a few cops who've just arrested a strange young man named Clarence (Ken Corey) who's just used his telepathic powers to assault one of them. A brief discussion with Officer Mel (Brad Kelly) reveals that Sutterville hasn't really been occupied since 1948, when 40 years ago the townspeople were reputed to be involved in black magic and thirteen coven members were killed... just like in Tom's dream. 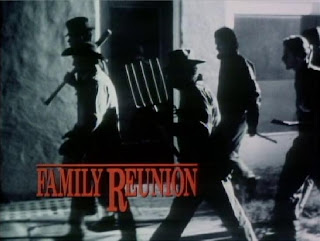 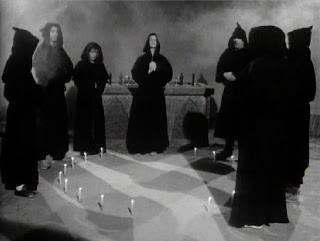 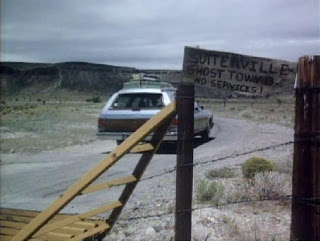 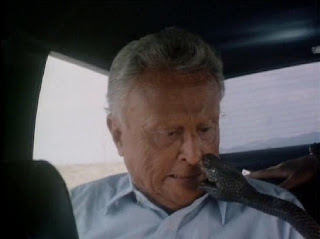 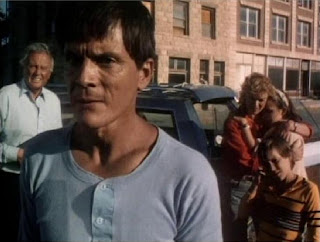 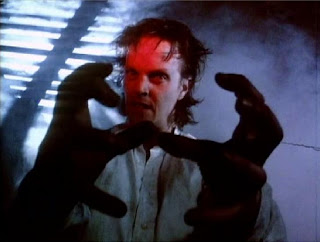 Because of the vagrancy problem and his family getting restless from the drive, Tom decides to turn his car around and skip on Sutterville. Unfortunately, Clarence uses his powers to make the accelerator stick on the car, which delivers the family to the town, anyway. A ghost girl shows up to inform little Billy that his "... Grandpa is to blame" and gives him a pentagram necklace. Erin finds herself trapped inside their car with a rattlesnake. Grandpa Henry is awfully defensive about something and Tom gets bad headaches and starts snapping at his family members. Their luggage disappears and someone steals the battery out of the car, stranding everyone there. Meanwhile, at the nearby police station, the officers who've arrested Clarence discover his fingerprints match those of someone born in 1925 and who supposedly died in 1948. Clarence uses his powers to cause havoc. He knocks a policewoman hanging Christmas lights off a ladder, makes the entire station shake and kills his cellmate (an obnoxious skinhead) and paints "Merry Christmas" on the walls with his blood. After forcing officer Charlie (special guest star Jack Starrett) to shoot himself in the head, Clarence steals a motorcycle and heads back to Sutterville... just in time for a "family reunion." 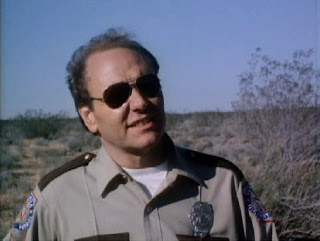 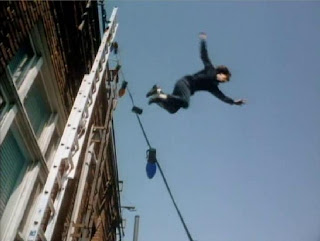 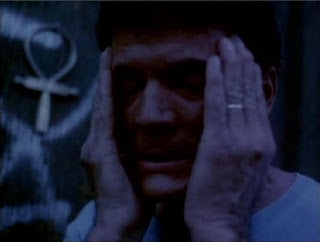 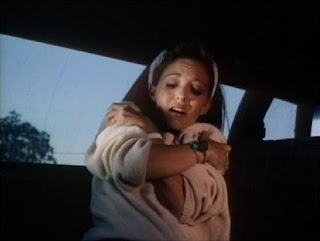 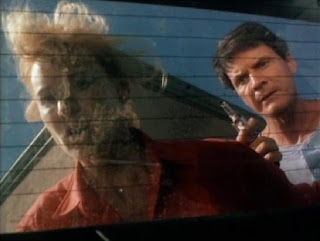 Judging by the fact there are currently less than 30 votes for this on IMDb, it appears that not many people have actually seen this one. Poor distribution over the years may explain that. It's not terrible. Actually, the production values are quite good and it's rather slickly made. Usually these unseen movies are extremely cheap, but this one appears to have had a reasonable budget. The director does a nice job setting up some of the horror scenes and with the desolate desert atmosphere, plus uses an excellent shooting location for the ghost town. The biggest problem is that the writing is dull and the plot is extremely predictable. About half the movie seems to be the family standing around outside talking and the scenes at the police station with Clarence using his powers to cause various problems are far more interesting and entertaining than the scenes with the family. The film also gets sloppy as it starts to reach its conclusion and doesn't do an adequate job really explaining things. The fate of the grandfather character is also strangely left up in the air, as he just seems to disappear at the end. 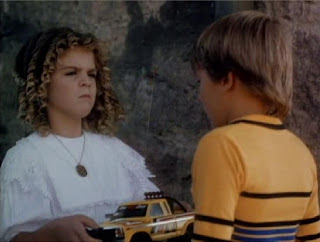 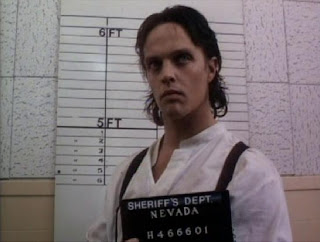 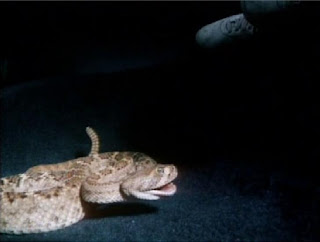 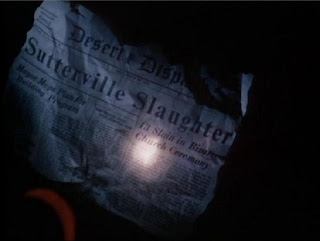 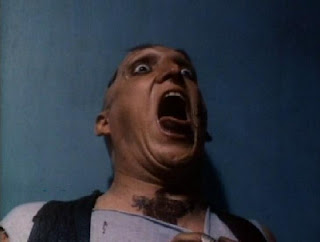 The acting isn't great, but it's not awful either. Corey, in particular, does a good job in his role. You can tell the director / writer Hawes was strongly influenced by CHILDREN OF THE CORN (1984); the Stephen King adaptation that evokes glowing nostalgic praise from some people but in reality pretty much sucks. For starters, the abandoned rural ghost town in the middle of nowhere, but also the youthful, creepy Satanist dressed in Amish garb. Instead of "He Who Walks Behind the Rows," the cult here want to call forth "He Who Shall Lead Us Into Battle." And there are other similiarities. 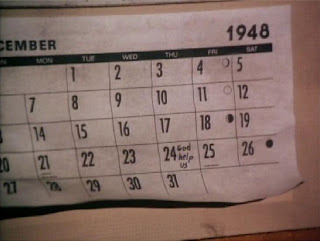 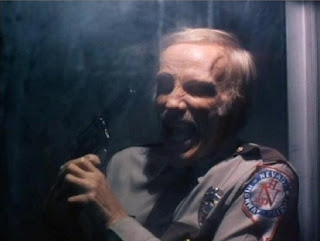 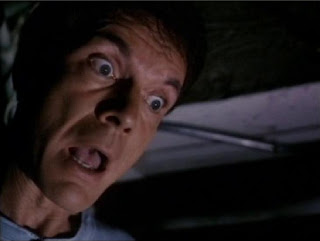 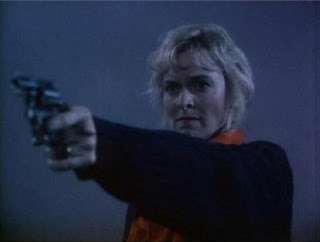 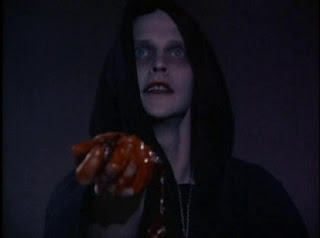 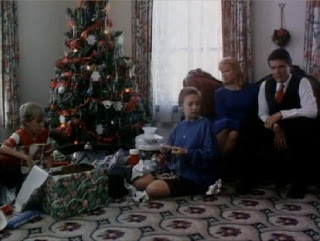 First Look issued this on VHS many moons ago and in 2000 it was released on DVD by Image. Apparently nobody cared either way.

I love the fact that someone actually took the time to write an elaborated review for this unknown little flick. I saw it a while ago and I found it on YouTube recently.
I agree that it is not great by any means and it drags a lot, but it manages to stay on the decent side, somehow. Not memorable, but worth the watch.

I expected a lot worse based on how little known it is. Even though you can tell they were obviously inspired by Children of the Corn it's actually a bit better IMO.