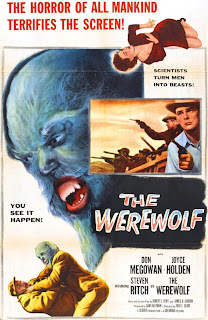 
A Sam Katzman production, this was the first American werewolf movie in around a decade. Unlike the famous Universal Wolf Man series and its offshoots of the 30s and 40s, which relied on a supernatural curse to explain the werewolf, the mythos here have been updated to the atomic age. After some brief narration explaining lycanthropy to us mere mortals, a confused, distraught-looking man (Steven Ritch) wanders into a bar, orders a drink, warms himself by the fire and then leaves. One of the other patrons notices he has some money on him, so he follows him outside and tries to hassle him. Big mistake there, as he ends up dead after the altercation. An old woman who witnesses the crime screams, getting the attention of those in the bar. Some of the men decide to track down the killer through the snow. Strangely, what start as boot tracks abruptly turn into wolf tracks... except these wolf tracks appear to be bipedal. Yes, the small wintery town of Mountaincrest is now gonna have a werewolf to contend with. After a deputy (Harry Lauter) is bitten, Sheriff Jack Haynes (Don Megowan) decides to take precautions to prevent any more attacks: hunters are forbidden from hunting, a roadblock is set up to monitor who enters or exits town and bear traps with fresh meat are put out in strategic spots. 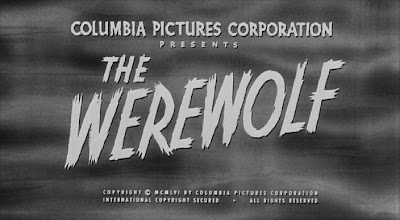 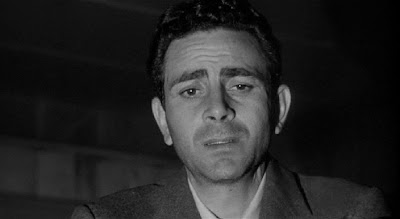 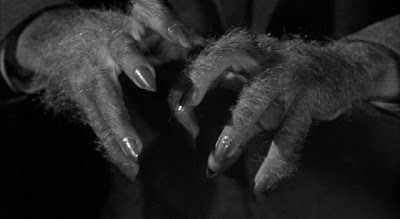 The killer shows up to a clinic run by Dr. Jonas Gilchrist (Ken Christy) and his assistant / niece Amy Standish (Joyce Holden). He confesses that he doesn't know his own name, doesn't know what he's even doing in Mountaincrest and may be responsible for the previous night's killing. When the doctor tries to give him a sedative, he freaks out and runs off. The man obviously has a reason to be distrustful of the medical community. As it turns out he was involved in a minor auto accident days earlier and was sent to Dr. Morgan Chambers (George Lynn) for help. Instead, he was used as an unwilling test subject in the doctor's radiation experiments, which have turned him into a beast. Dr. Chambers, along with his colleague Dr. Emery Forrest (S. John Launer), decide to head to Mountaincrest in an effort to destroy the monster they helped created (in order to cover their own tracks). We learn that the werewolf is a gentle, mild-mannered family man by the name of Duncan Marsh and that his wife Helen (Eleanore Tanin) is out searching for him. The Sheriff organizes a posse of hunters to track the beast down but Dr. Gilchrist and Amy implore him to capture the man instead of killing him since he seems mentally ill and suffers from amnesia. 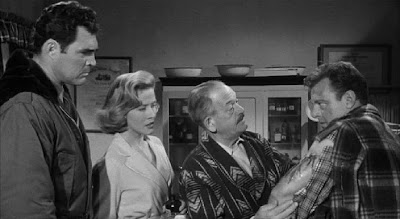 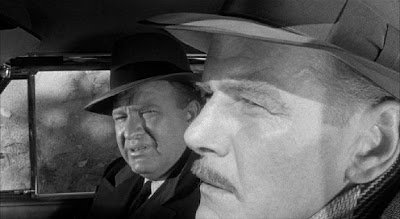 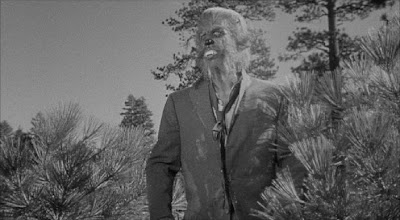 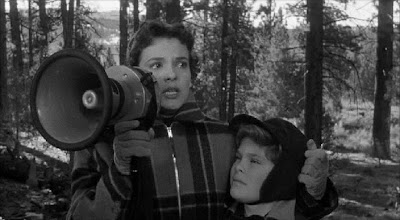 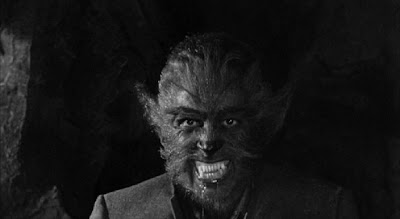 Upon learning that the "monster" has a wife and child, the Sheriff has second thoughts about his original plan to shoot it on sight and he and the townsfolk concentrate their energies on capturing him instead. A bear trap eventually injures the were-man and he's reuinted with his family and placed in the security of the city jail until he can be transported to a major city for medical help. Dr. Chambers now has just one last chance to strike before he's exposed. He and his colleague use chloroform to knock out the deputy and break into Duncan's cell, with plans of shooting him dead. Instead, they're in for a surprise when they realize Duncan isn't sleeping and has already transformed. After making mince meat of the men responsible for his predicament, Duncan escapes into the snow, with the Sheriff and a posse of hunters hot on his trail. Only this time Sheriff Haynes doesn't have the luxury of a more docile approach. 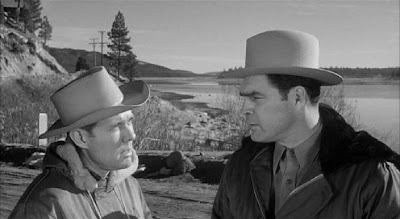 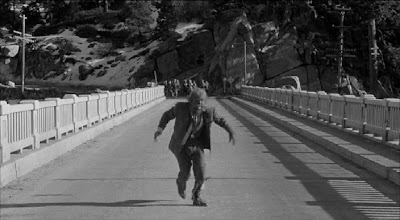 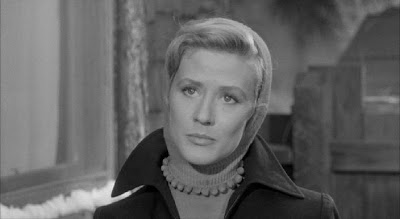 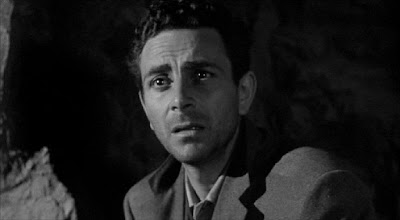 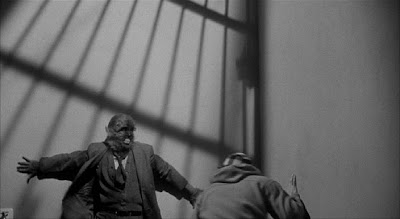 The science behind the creation of the werewolf is weak, the ending feels a little rushed and some - though certainly not all - of the acting is a little on the wooden side (the cast is very earnest at least), but I still quite enjoyed this. It throws all common werewolf mythology right out the window: There's no transformation by full moon, no curse and no silver bullets, and the lyncanthrope here is as vulnerable as you and I to the elements, injury and death. Unlike older, similar films, this also utilizes very nice, real outdoor locations in the forest and around a lake, dam and a rock quarry. What it does maintain from the Universal films is the sense of tragedy. The movie exhibits a nice humanity when it comes to its creature and how those in the small town try to deal with this dangerous threat in the right way. Ritch does a terrific job in a sympathetic turn as the Wolf Man, and there are some other nice supporting performances, particularly by Tanin as his wife. 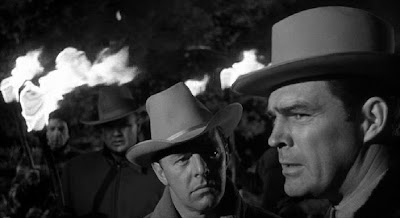 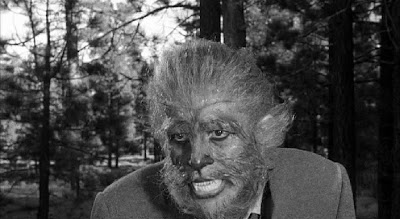 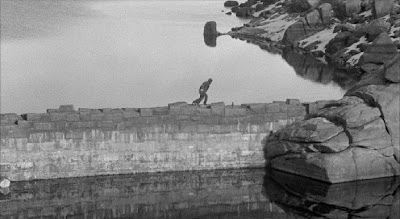 The Werewolf didn't make much of a dent back in its day when it was released on the bottom half of a double bill with the director's EARTH VS. THE FLYING SAUCERS (1956) and was unreleased on a home viewing format for nearly 50 years. Sony finally released it in 2007 as part of the Sam Katzman Collection, which also included the abovementioned Flying Saucers and THE GIANT CLAW (1957) as well as the inferior ZOMBIES OF MORA TAU (1957).