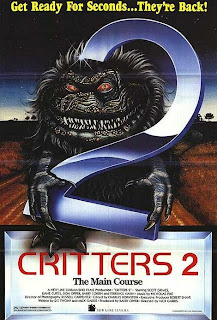 
If you recall, the final shot of CRITTERS (1986) was of some eggs left behind by those pesky little "space porcupine things" before their spaceship was blasted out of the sky. Two years have passed and the Brown family has since moved to the big city, slow-witted Charlie the town drunk has finally found a purpose in life by going to space to become an alien bounty hunter, Sheriff Harv (Barry Corbin replacing M. Emmet Walsh) was voted out of office and has become a bitter hermit and former dispatcher Sally (Lin Shaye) has found a new job as reporter for the Grover's Bend Gazette. Young Bradley (Scott Grimes), known in those parts as "The Boy Who Cried Critter" since there was no actual proof of the alien's prior visit, has clearly picked the wrong time to return to town to visit his health-food-addict Nana (Herta Ware). The eggs remain in the barn after all that time... and they're about ready to hatch. Somewhere in space, bounty hunters Ug (still with the identity of rock star Johnny Steele and still played by Terrence Mann), Charlie (Don Opper) and the identity-shy "Nothing Face" get word about the eggs and are ordered by their commander Zanti to return to Earth to exterminate the critters. 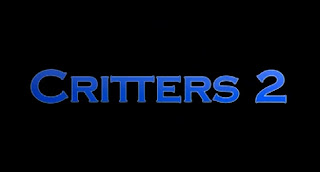 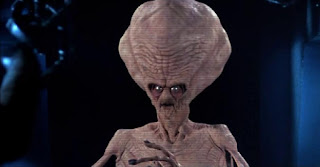 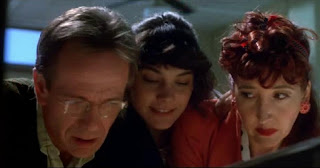 A shady antique's dealer (Douglas Rowe) gets his hands on the eggs and sells some to Nana. It's Easter time, so the eggs are all painted and distributed around town and some are even going to be used for the church's upcoming egg hunt. It isn't long before they start popping open and "hundreds" of baby crites are infesting the town, quickly increasing in size the more they eat. The antique's dealer and his dog make for nice appetizers. Next up is the grumpy new Sheriff, who's forced to dress up as the Easter Bunny, ends up getting a pant load full of the little monsters and leaps through the church window during the middle of service. Megan (Liane Curtis), daughter of the newspaper editor (Sam Anderson) and a budding reporter herself, finally gets Bradley to admit to what happened two years earlier and the two try to get Harv to help them out. Just in the nick of time, the bounty hunters land on Earth. They find a Playboy magazine on the ground so "Nothing Face" aka Lee can transform into one of the centerfolds (Roxanne Kernohan), complete with a staple in the stomach. And off to "Kill Crites" they go... 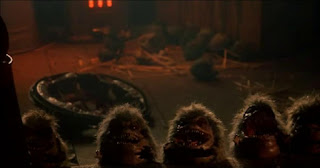 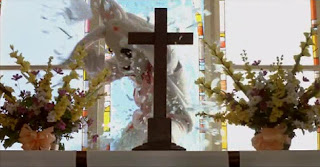 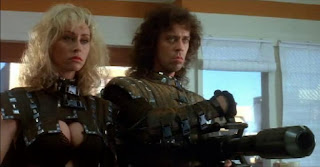 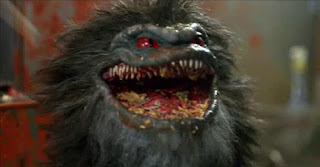 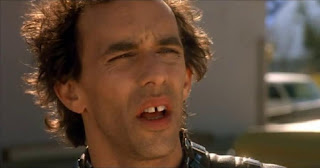 The "man-eatin' dust mops" invade the Hungry Heifer fast food restaurant and get their money's worth on the all-you-can-eat lunch buffet before getting blasted to bits. One gets his toupe shot off and another is deep fried in hot oil. The Crites chuckle, say things like "Bitchin" and "Cheeeeesburgers!" and all combine together to create a giant Critter ball at the very end which can roll over people and skin them alive. Since there are so many of the things to contend with, the townsfolk (who congregate that evening in the church just like in the same year's BLOB remake) decide to lure them all to a local hamburger plant to try to blow them up. It's all done with a lighthearted touch and has another "heartwarming" ending to ensure a PG-13 rating despite the fact there's about as much gore and gunk, profanity and nudity as many R-rated films. 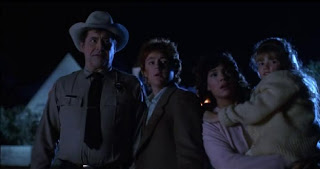 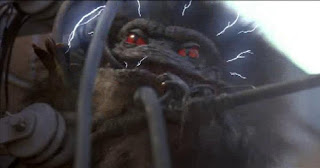 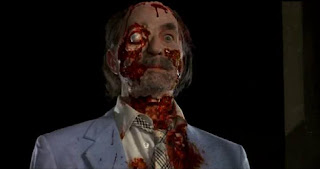 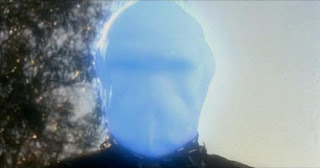 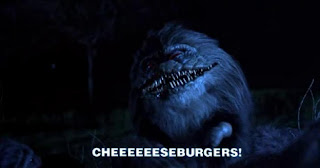 Critters 2 (subtitled "The Main Course" on the poster only) is a watchable though lesser follow-up. One noticable improvement over the first is that much of the film takes place in the daytime and thus the monsters are much easier to see. The cast is OK, the monsters get more face-time here, there's a higher body count (not difficult to match the two deaths in the original film), the Chiodo Brothers (Charles, Edward and Stephen) provide fun effects and there are a few amusing moments (such as when the faceless alien attempts to transform into Freddy Krueger). Unfortunately, most of the humor is juvenile and takes center stage over everything else. The humorous dialogue ("Who are we gonna call; Critter Busters?") is often cringe-worthy and it also resorts to "comic" sound effects, such as "boing!" or a bowling-ball-knocking-over-pins sound when a big Critter mows over a few people, for cheap laughs. 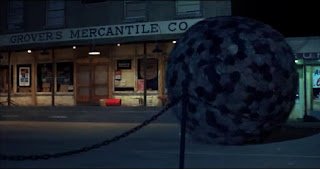 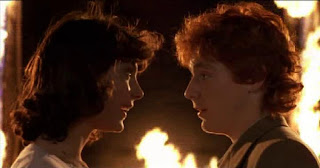 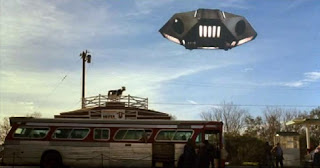