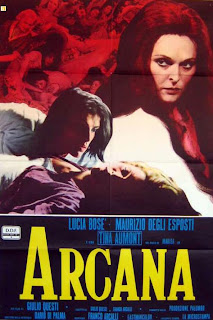 
First off, let me apologize for the lousy screen caps. The copy for this very obscure film I had to view - which had been recorded off the Italian TV channel Teleitialia sometime in the 1980s - was in dreadful shape. Someone was kind enough to create English subtitles for this copy, and that was the only way I was able to see it in English. Things begin with a gathering of people all looking for the apartment of a widowed clairvoyant named Rose Tarantino (Lucia Bosé). Rose conducts sessions with multiple patients in which they all sit in a healing circle, are hypnotized and then reveal all of their problems and unfulfilled desires, at which point she uses "magnetic waves" and the magical touch of her son (Maurizio Degli Esposti) to help them. Rose also conducts private sessions with clients, including palm-readings and tarot card readings. Each time, she leaves a little information obscured and encourages the client to return many more times. You know, cause more visits equals more money. A hoax? Yep. Rose even mocks her clientele behind their backs over dinner. Rose's son / helper (who is never named) is getting a bit fed up with the arrangement and his mother's frivolous spending of the money. He'd prefer to just live off of his deceased father's retirement checks. 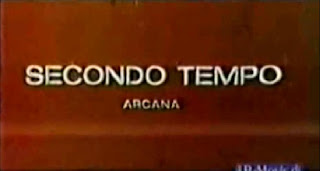 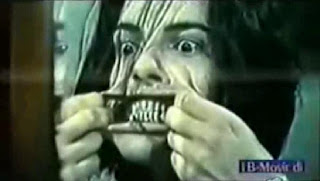 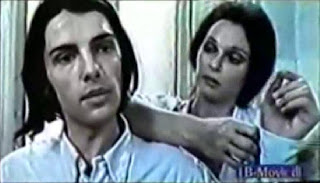 Over dinner, Rose's son informs her that many clients who've stopped by their place are "doomed" and seems to know the fates of many of them. She warns him not to interfere with their lives, but he doesn't listen. The disturbed young man has already been dabbling in witchcraft and steals pictures from client's pockets and purses to cast spells on them. During one scene, he makes scary faces in front of the mirror then puts on a dress and pantyhose over his face. And things just get weirder and more perverse from there. When the son goes into town to cash his father's check, he witnesses both an armless man and a legless man get hauled off by the authorities for being crooks. He then visits a beach, which is littered with trash and animal bones and pulls some teeth out of a donkey skull, which are rumored to have special powers. When he returns home, he strips off his clothes and walks around in mom's high heels naked while she sniffs his dirty laundry (!) The son is so spoiled that he makes his mother bathe him, dry him off and then dress him. And when he gets scared, he comes and snuggles with mommy in bed. Seems the two are rather... close. 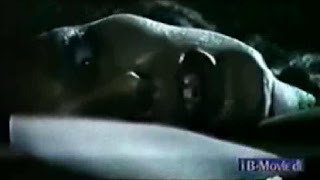 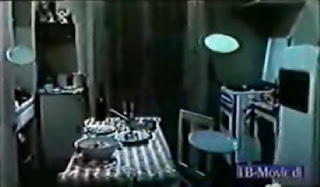 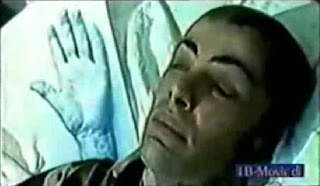 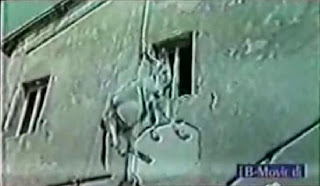 We learn that Rose's mother had been a powerful witch. Dishes levitate and circle around in the kitchen, cards flip over and move by themselves and flowers starting rapidly wilting. Rose has a nightmare where her son comes after her with a knife, which turns out to be a premonition. The son gets a crush on one of their clients, Marisa (Tina Aumont), who's engaged to be married to Mario. The son gouges out the eyes on a photo of Marisa's fiance, then sneaks into his mother's room that night, ties her to the bed and starts slicing her nipple with a butcher knife, demanding she tell him how to make a talisman that will make Marisa fall under his spell. She eventually relents and her son uses a charm to have his way with Marisa while she's having a seizure. It doesn't quite make her fall in love with him, though. She's still in love with Mario and is planning on moving in with him and marrying him. I suppose because of the spell, she keeps coming back to have her cards read, which keep spelling death. 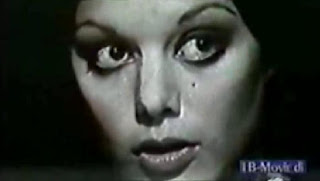 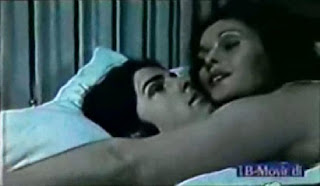 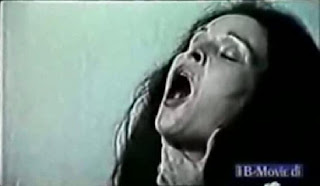 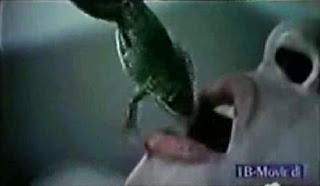 This film has a fairly strong and intriguing first half before collapsing under the director's senseless "surreal" indulgences. The son sneaks a snake into one of his client's homes, which causes the family to have incest. A guy wanders through a field playing a violin. Peasants tie a donkey up and pull it up into the air. A family dances and sticks pins into a voodoo doll made of bread. A woman spits up frogs. The son starts stringing up common household items around town and make an army of obedient children bite a guy. There are constant incest overtones and a flashback of the father getting his legs cut off in a subway accident. And during the big WTF anti-climactic finale, the Tarantino home fills up with clients while Rose keeps busy in the kitchen giving Marisa an abortion. At least that's what I think she's doing. The clients start acting weird, start rubbing themselves, lick the walls and then die. A skipping female dwarf (!) arrives to deliver Marisa's wedding gown and starring naming off internal organs and body parts (?!) Gunshots are heard, a mob fills the streets and then a black dog appears. Ummm, yeah, OK... 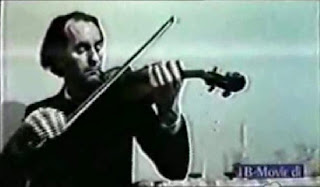 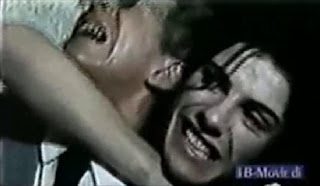 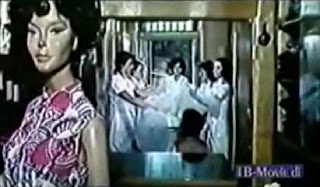 It's quite easy to see why this was barely released in Europe and was never released in America. There's no real market anywhere in the world for this confusing, frustrating film. Bosé and Degli Esposti give effective performances under the circumstances and there's interesting use of stop motion photography for a few of the effects. The original run time is 111 minutes, but some versions have been cut down by as much as 25 minutes. The version I watched was 103.

Questi also made DEATH LAID AN EGG (1967), which has its fans. Arcana was apparently released on DVD by Video Search of Miami in 2011. Though I can't vouch for the quality of their print, it HAS to be better than the one I just watched.

I thought this one was rather great myself. And obscure rather than senseless. I actually prefer films like this where the symbolism isn't lifted wholesale from Freud or Jung, the revolutionary aspect inherent to surrealism is so much better served by the genuinely unhinged.

It isn't perfect of course, dragging a little in the final block. And I'm not really a fan of this kind of political allegory. But I'd still rate it in the top bracket of weird cinema of its era.

I probably shouldn't have said "senseless" because I'm sure this film makes perfect sense, at least to Questi. Having a little insight into the director and his intentions may have made a world of difference here. I usually need a guiding hand to help me decode symbolism, so perhaps I'll read up on the director and this movie and then give it another shot with that knowledge. Hope to track down a better-quality copy though!

Just watched a decent quality boot, and found the film rather fascinating. I'm not sure its possible to make sense of everything in the movie (in fact, the titles at the beginning come right out and claim that it will not be possible), but I do feel that Questi & Arcalli - referencing Italy's historical embraces of fascism and anarchism - are attempting to make a statement about how easy it is to dupe/hypnotize the public into believing/doing/following just about anything/anyone. For instance, early on, the boy's mother indicates her belief that her mother was a witch so powerful that she could make a donkey fly, yet - in the end - her death is bookended by scenes of villagers accomplishing exactly that without using any magic at all. I'm sure there are other readings, but that's what came to my mind.