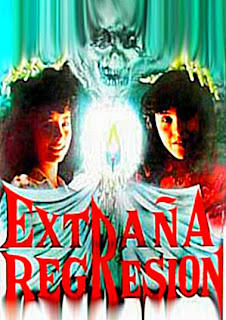 When you think of vintage South American horror, you might conjure up visions of masked Mexican wrestlers battling Aztec mummies, Brazil's Coffin Joe torturing his underlings (which basically includes everyone aside from himself) or even possibly the wacky monster sexploiters from Argentina's Emilio "Curious Dr. Humpp" Vieyra. Colombia doesn't even really factor into the equasion, aside from being a great place to film an Italian cannibal movie. But as it turns out, even they had a genre filmmaker to call their own: Jairo Pinilla Téllez. Téllez began making documentaries before branching out to do other genres and had a real leaning toward fantasy-driven horror, regardless of the fact there was no real market for horror in his home country at the time he was making these things. After already having such films as FUNERAL SINIESTRO (1977) and 27 HOURS WITH THE DEAD (1981) in the can, Téllez discovered that typically low-budget Spanish-language films were flopping in his home country, but American films were bringing in the big bucks. Because of this, he decided to film his next few movies in Spanish, but then have them English-dubbed. He then added Spanish subtitles to try to trick audiences into thinking they were actually American. Apparently a stickler for detail, Tellez also made sure to drop other hints into his films that might indicate they were American, such as using American currency. Well, trying to make a wad of one dollar bills look like a substantial sum of money! 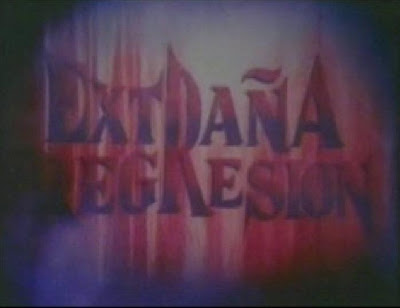 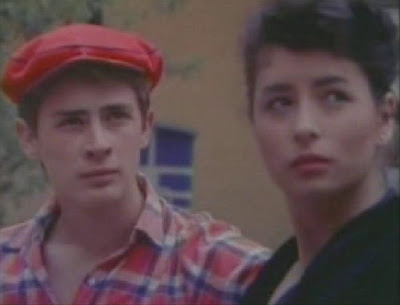 After the tragic loss of her father, medical student Laura Mendoza is driven to music for comfort. That worries her mother Bertha, who wants her to concentrate more on her class work than her piano playing. Regardless, Bertha (who owns a lucrative jewelry store) has set aside some money and expensive jewelry for her daughter's upcoming graduation, which she keeps in a safe. Jealous, Laura's sociopathic cousin Rodolfo and his sister decide to break into the home and steal it. When their aunt returns home prematurely, Rodolfo beats her to death with a log. He and his sister flee and the crime goes cold. When his sister tries to blackmail him for a bigger portion of the money, Rodolfo decides to kill her too, and stages it to look like a car accident. Even worse, since Laura is now orphaned, Rodolfo and his father Gonzalo will soon be moving into Laura's home. Could things get any worse for poor Laura? Well yeah, actually they can. And do. 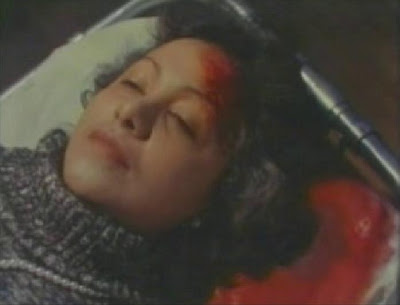 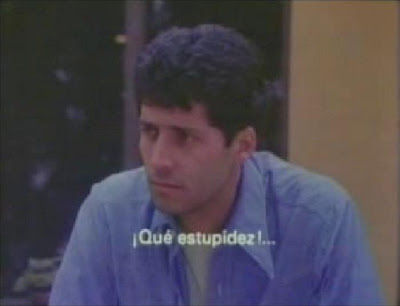 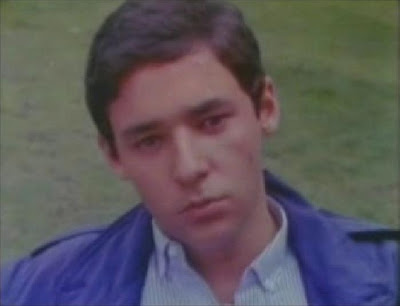 During a class, the professor and students discuss spirits, cryogenics, miracles and Jesus' resurrection, "Do you mean that a corpse in good condition can be revived by pumping the blood through the body with a machine?" asks one. The wheels start turning. One of the students thinks they should try invoking the spirit of Laura's mother to tell them who murdered her. Unfortunately, a visit to a psychic proves unfruitful. Laura, in conjunction with a handful of her peers and her reluctant boyfriend Ray, then decides to conduct a controlled experiment of their own. They'll kill Laura so that her spirit can speak to her mother's spirit and find out who killed her and then revive her in three days. It's just one more reason why religion has absolutely no place in the classroom! Late one evening, Laura, Ray and a handful of their other friends sneak into the school morgue, suffocate Laura with carbon monoxide and stick her in the freezer, hoping to thaw her out in a few days with knowledge that will put her mother's killer behind bars. Unfortunately, Rodolfo learns of their plan, cuts the power supply to the school (so the body will rot) and then rats them out to the police (so they'll be arrested). Because of this, they never have a chance to revive Laura. All involved in the experiment are later acquitted, however, when authorities learn that Laura wasn't exactly murdered, but a willing participant. Rodolfo on the other hand, is never caught or charged with anything. 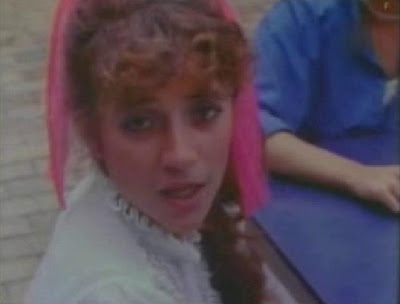 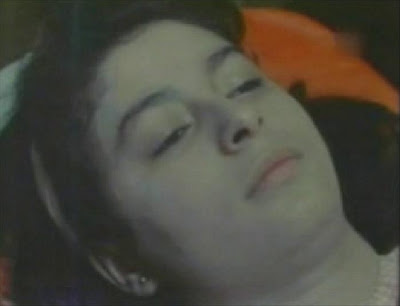 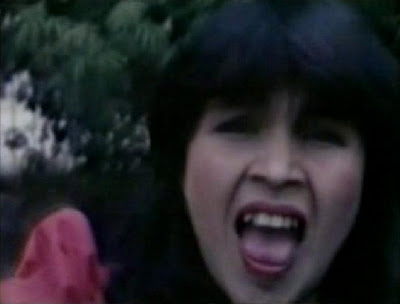 I suppose this is as good a time as any to mention that upon the hour Laura's spirit was supposed to return to her body, a family friend gave birth to a baby girl. The baby - named Karol - proves to be super-intelligent even as a toddler, stabs a piece of raw meat with a syringe and shows an aptitude for piano playing without having had any lessons. She also has the psychic gift of premonition and accurately predicts that her parents are going to die in a horrible plane crash. So why is she so strange and other-worldly? Well, because "Karol" is just a host body for Laura, and she's been put back on Earth in human form to right a few wrongs. As an adult now in college, "Karol" bumps into Laura's now middle-aged former boyfriend Ray (who is played by the director himself) and instantly falls for him. The pieces all fall into place as to who she really is... and when she finds out that Rodolfo is still living in the area, she's able to finally exact her revenge. 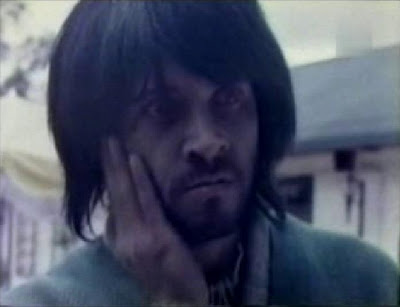 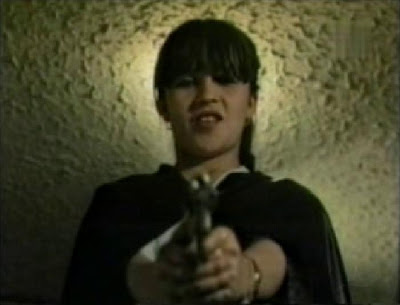 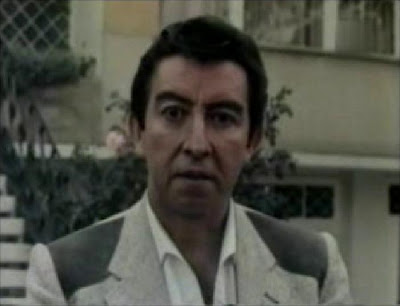 Being plot-heavy and packed with incident doesn't save this talky, unfocused New Age-y tale of reincarnation and revenge from being dull. The acting is bad enough as is, but the horrendous dubbing, hokey dialogue and brainless character actions only makes matters worse. Religion is a prevalent theme throughout, but what's shown here doesn't really adhere to any one particular religion; it's almost as if the director has decided to invent his own or doesn't want to commit to the belief system of just one. Very strange, but it's an interesting point of view and Téllez does end things with a great, haunting final shot that's almost worth slogging through the rest of the movie to get to. Almost. 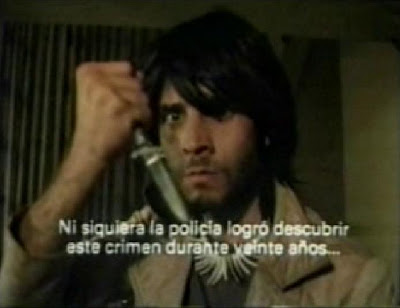 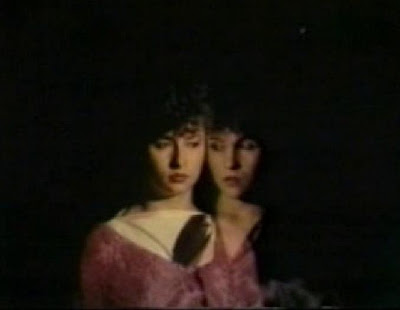