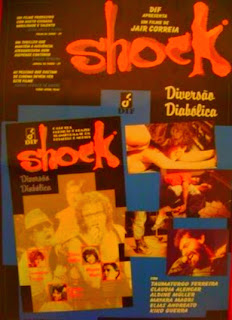 Early 80s slashmania in the U.S. and Canada ended up eventually infecting other countries. This one is from Brazil and was clearly influenced by the hundred or so North American slashers saturating the market at that time. There's a good reason you've probably never heard of it before. It's simply not that good. It also forgets one crucial element that makes these kind of films tick: blood. For the most part slashers are typically lacking in the plot department, so the more loaded down with gore they are, the better they usually are. Throw in some nudity and provide a high body count and you've usually got yourself some fine brainless entertainment for the evening. Have a sense of humor about how tired and overworked the subgenre is, and even better. While Shock doesn't bother with much of a plot itself, and throws in one gratuitous sex scene (which is a bit more graphic than what's found in most others of its type), it completely forgets about the red stuff. All of the kills are dull and repetitive. Everyone (aside from an unfortunate rat) is... strangled. Even worse, half of the movie is spent in one damn room! 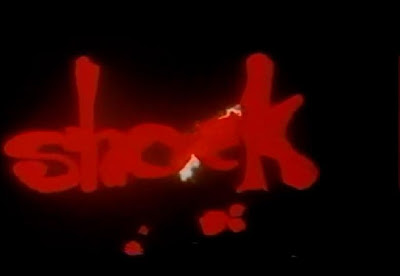 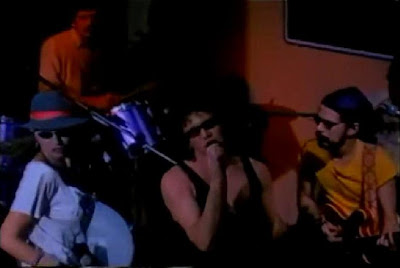 At a São Paulo hot spot, the patrons prove that the fashions, hairstyles and music were just as bad in Brazil in the 80s as they were up North. Twenty-minutes slowly pass and all we've basically gotten to see so far is people dancing horribly to a lame rock band. At some point, the action relocates to someone's home and we're briefly introduced to three couples. Shy, virginal teenager Sara (Mayara Magri) isn't wanting to put out for her boyfriend Gil (Taumaturgo Ferriera). He tries to convince her with the usual "sex is natural" speech, but it doesn't fly for the thick-eyebrowed prude. Gil smokes a joint and passes out. Suddenly, Sara gets in the mood, starts touching herself and then can't wake her man up (even offering him "fellagio" doesn't help). Interestingly, the film bucks the moral code found in some of these other films by making the most virtuous girl one of the first victims. Her boyfriend soon follows suit. As does another woman who gets strangled in her car. 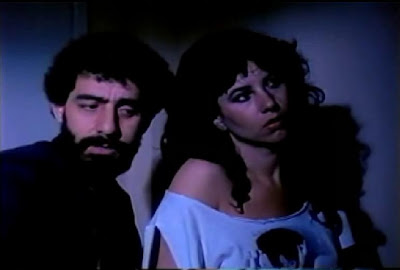 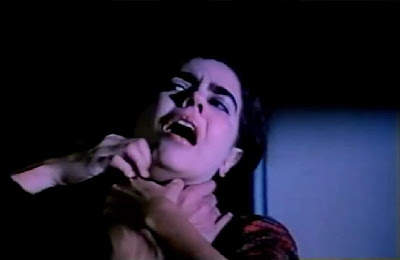 The other two couples consist of teens Stefana (Aldine Muller) and Lucas (Kiko Guerra), who *do* get to have sex, and Zamor (Elias Andreato), who is (I think) the owner of the nightclub and his girlfriend Lara (Claudia Alencar), a singer in the band we saw perform. [For the record, don't quote me on any of these character names; the film is in Portuguese and was never dubbed or subbed, plus the credits were too blurry to read...] After Lara discovers the body of her friend in the closet, the four barricade themselves in a bedroom upstairs. There they sit, bicker, wonder who the killer could be and behave like they're going crazy simply by sitting in a room for a few hours. The killer makes a ham sandwich and tries to annoy them by beating on the drums over and over again. Instead of just waiting it out in the room until morning, one of the guys attempts to leave and get the police. He doesn't come back and the police never show up. The other guy then goes downstairs for some idiotic reason and is easily killed whil a strobe light flickers. The psycho then heads upstairs where the two remaining girls are and discovers that... they've left the door wide open for him. 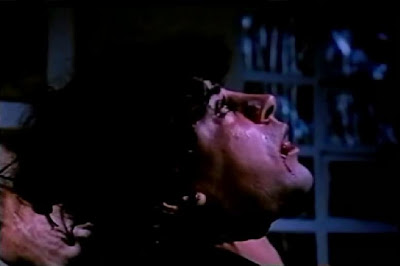 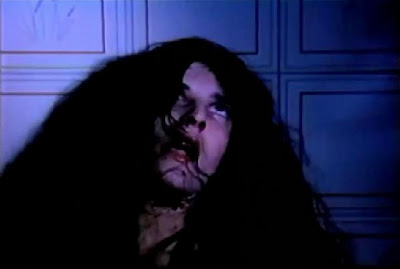 Now I must admit, I did like the ending, but it's not good enough to justify sitting through the rest of this bore to get to it. There about about 50 shots of the killer's black boots walking around, but we never actually get to see him. And I can't say that I really enjoyed seeing a real rat getting stabbed with a butcher knife, either. All in all, it falls pretty low on the slasher totem pole. Leg warmers, sunglasses at night and ripped off-the-shoulder sweatshirts don't even help matters. 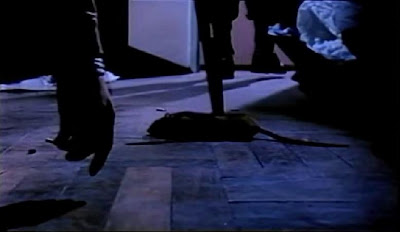 It was never released in America... and I seriously doubt it ever WILL be.

Hi, I disagree with you.
I think Shock: Diversão Diabólica is a very interesting movie.

Probably for the lack of knowledge of portuguese language, you couldn't undestood entirely the movie.

It's main point is the period of the military dictatorship. The great end means, the killer and the police wears the same boots, and the suspect they caught and blame for the murders uses other kind of shoes, that's why Claudia Alencar character freaks out at the end, the suspect is innocent, he is a subversive, someone they just want to frame for anything, like her and her friends, they are spendable, the police don't care, just want to get rid of anyone with ideas of opposition.

One of the best thing about the movie, is the good dialogues and monologues, a department 98 percent of slasher movies falls short.
They talk about, freedom, simpathy and the role of women in the society.

The "hero" is not so brave when the situation gets worst.

The woman are the main characters, Aldine Muller's character is not just a slut who "deserves" to die (like in Friday the 13th and other hypocrites movies), she's strong, self-assured, positive and takes cares of the others. It's a character that is impossible to find in a american slasher movie for instance.

And Shock: Diversão Diabólica doesnt try to copy the american style of slasher, it's a lot more similar to italian thrillers (Giallo). Which were copy by american and canadian cinema.

Let's not forget that who invented the formula were the italians (Mario Bava mainly, Giallo) and germans (the krimi movies), than British cinema, Canada (Black Christmas) and than America.

Thanks a lot for your post! You're 100 percent right that not knowing Portuguese prevented me from getting to know the characters and such. If an English dubbed version pops up I'll give this another try with an open mind. And I hope anyone who comes across this also reads your post for another point of view. :)

I usually trace slashers back even further than the Italian giallo and German krimni to Hitchcock's Psycho, with its POV camerawork, plus the fact Janet Leigh's character does something "bad" and gets "punished" for it (a concept repeated for most gialli, krimni and slashers). There are a few pre-Psycho movies too that were obvious influences, such as The Spiral Staircase (which Black Christmas obviously borrowed much from) or the Swedish film Mannequin in Red (which is quite similar to Bava's Blood and Black Lace). The 80s American and Canadian slashers really just mainstreamed what had already been done to a wider audience.