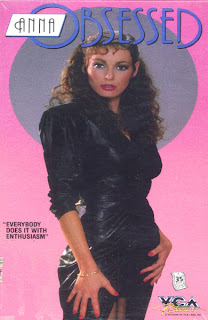 Directed by:
Martin & Martin
Businessman David Carson (John Leslie) is having a hard time pleasuring his wife Anna (Constance Money), who’s getting fed up with his inability to satisfy her and threatening to have an affair. Meanwhile, the “Long Island Rape Killer” has already attacked, sexually mutilated and killed four suburban women and a child over a two month period of time. Neglected Anna starts receiving strange dead air phone calls and is raped by an unseen assailiant, which leads her into the arms of mysterious but understanding and compassionate photographer Maggie Ronson (Annette Haven), who she just recently met at a train station and herself has frequent nightmares of a nude woman walking upstairs. David also begins an affair of his own with his new secretary (Suzanne McBaine), who takes breaks during her work day to pleasure herself right at her desk. Enter Jamie Gillis for a cameo. The unhappy married couple eventually decide to try to get their relationship back on track with help from Maggie, foreshadowed with a feast of meatballs and breadsticks dipped in cheese fondue on the carpet. Meanwhile, the panty-sniffing, newspaper-clippng weirdo is sneaking around the neighborhood peeking in windows and seems to be targeting Anna as the next target.
As far as hardcore goes, not too bad. There’s a good plot/sex ratio, a stylish (though ubrupt) finale and above average (for porn) acting from Leslie and Haven. Money, on the other hand, isn't much of an actress even by porn standards and seems highly sedated throughout. Most of grisly stuff occurs offscreen, though there’s a little violence at the very end.
★★1/2
Posted by The Bloody Pit of Horror at 8:33 PM