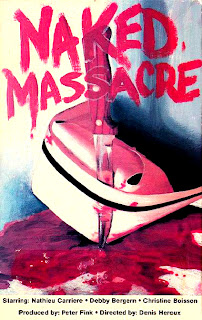 
Cain Adamson (Mathieu Carrière) is one of many mentally scarred young Vietnam veterans. He's ended up in Belfast for the time being while waiting for a transfer back to the U.S. but it's certainly no relaxing vacation. Belfast happens to be going through their own violent religious war. Through the clouds of smoke that often fill the streets, Cain wanders around aimlessly and alone. He has no friends, he's running low on cash and he's forced to sleep in a crowded homeless shelter and beg for food. As if suffering the horrors of Vietnam wasn't bad enough, now he has to be careful not to get shot down just walking the streets and barely survives a church bombing. In addition to the war and being laid up in a dangerous place, Cain also has problems on the home front. His wife has cheated on him with one of his best friends; an army buddy. She's also gotten pregnant from the affair. Already rattled from his experiences in Vietnam (where he was discharged for trying to commit suicide) and bad news about his personal life (he has no one to even return home to), he continues to be rattled in his new surroundings. It becomes too much to bear. 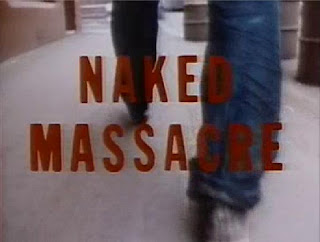 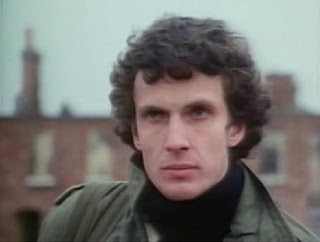 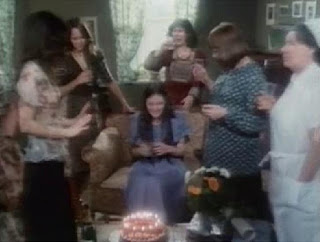 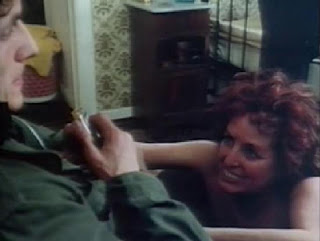 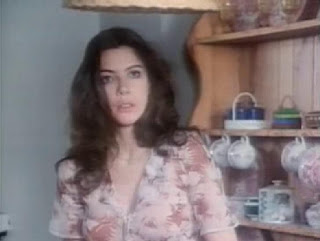 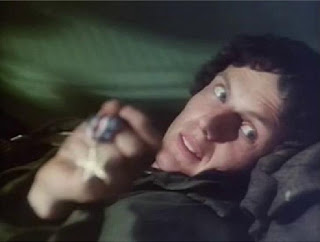 When Cain accompanies an over-the-hill hooker back to her home, he forces her to dance while he plays "Oh, Susannah" on the harmonica and then kicks her in the head when she asks is he's gay. It will be a sign of things to come. As he goes to and fro, he frequently passes a nice home where eight young nurses live. One day, while the girls are giving a birthday party for Eileen (Andrée Pelletier), he wanders into the kitchen and meets Amy (SWEET MOVIE star Carole Laure), who he thinks looks like his wayward wife. Amy's sort-of the matriarch of the clan; the one the rest of the girls go to when they need advice. Noticing he's behaving strangely, she offers him food, which he accepts, and even some money, which he refuses because he says he's not a beggar, in hopes he'll leave. It works... for the time being. 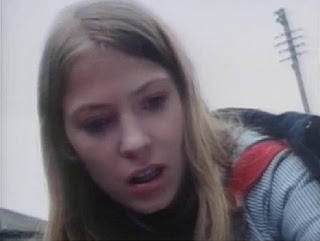 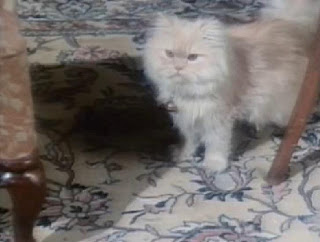 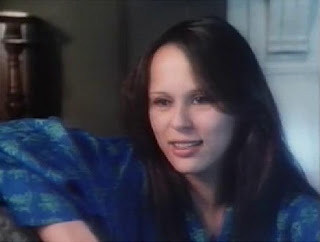 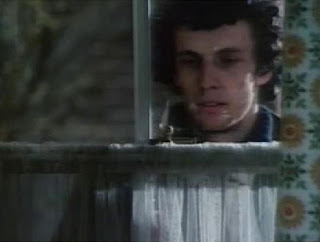 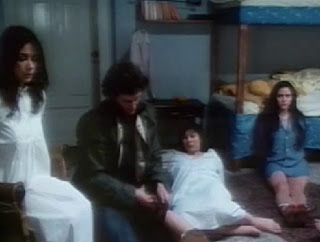 Later that same night, Cain sneaks back into the house through a window, where Christine (Christine Boisson) is about to confess her attraction to fellow nurse Jenny (Leonora Fani). He pulls a switchblade on them, has them round up the other six and then takes them all into a bedroom. There, he ties them up, tells them to be quiet and no one will be hurt and insists that all he really wants is enough money to get back to America. The girls willingly offer up their purses, but soon come to the realization that's not all he wants. Before he drags Amy out of the room, she tells the girls to do whatever he asks of them. She won't be back, and neither will any of the other girls who Cain takes out of the room.

Luridly re-titled Naked Massacre for the U.S. release, this was originally called Born for Hell (a tattoo the killer has on his arm). Under whatever title it tries to have it both ways by being exploitative and violent, then shoving an obvious message about "The spirit of uncontrolled violence at loose in the world today" at the end. I certainly don't mind the fact this tries to have a message, especially since that message is illustrated throughout; not only in the nurse slayings (clearly inspired by the 1966 Richard Speck nurse killings [which are directly referenced here]), but also constant images of death, destruction and war on both the Belfast streets and on TV screens. That said, most people aren't going to watch this for any deeper meaning. They're going to watch for the naked massacre. Good news for them that there's both plenty of naked and plenty of massacre. 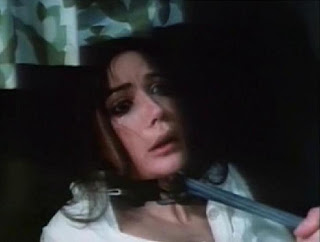 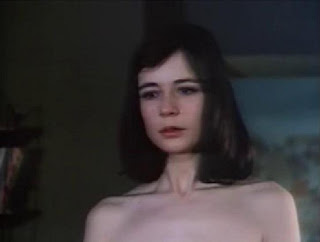 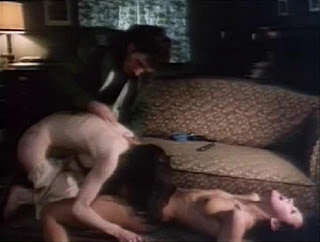 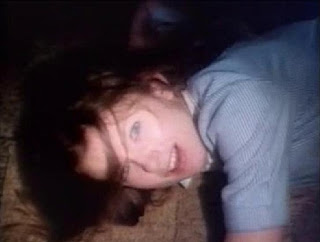 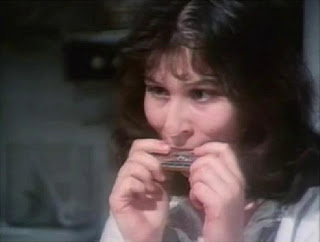 Cain strangles, stabs and forces the women into various uncomfortable sexual situations. During the film's nastiest sequence, he brings the lesbian and the girl she has a crush on downstairs and tries to force the two to get it on while he watches. When one girl refuses to go down on the other, he shoves her head in her crotch, pulls down her pants and slaps her ass with a belt over and over again before putting the switchblade in her hand and making her stab her friend. Another girl is raped and choked with a belt before being killed and, after watching her friend die, another of the girls goes crazy and kills herself instead of letting Cain do it. These scenes are pretty taut and disturbing.

German-born actor Carrière's performance suffers because of the bland voice actor doing his English-language dubbing. Italian actress Ely Galleani (BABA YAGA) and Debra Berger (the daughter of actor William Berger) play two of the other nurses. It was an international production with Canadian, French, Italian and West German backing (actors from all four of those countries participate) and is currently an easy-to-find public domain title available on many bargain sets. 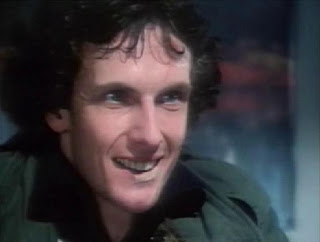 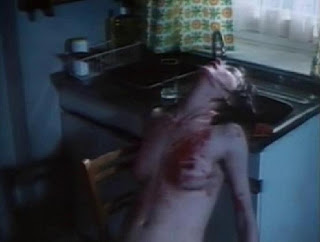 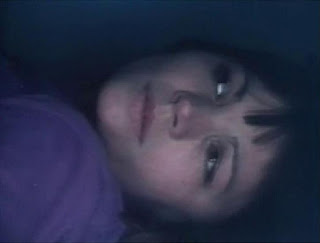 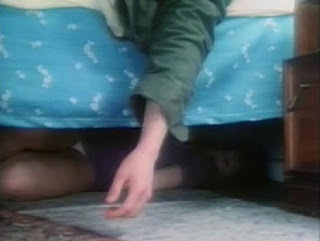 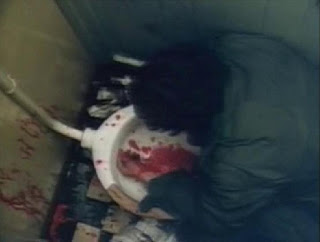 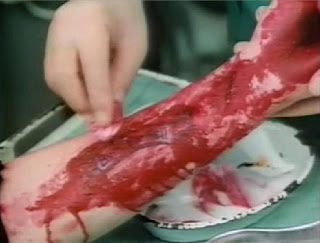 The Montreal-based director went on to produce THE LITTLE GIRL WHO LIVES DOWN THE LANE (1976), Claude Chabrol's BLOOD RELATIONS (1977), the Oscar-nominated ATLANTIC CITY (1980) and others, and directed the anthology THE UNCANNY (1977).