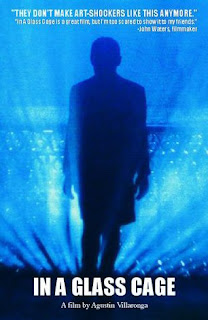 Directed by:
Agustí Villaronga
A former Nazi doctor (played by Günter Meisner), who tortured and sexually molested young boys in a concentration camp, is confined in his home to an iron lung. One of his victims (David Sust) shows up for revenge. This was banned in several countries and has been called one of the most disturbing movies ever made. It's beautifully made, very well acted (especially by Sust) and thought provoking. Not released in America until 1992. I'll do a more in-depth view when I get a chance.
★★★1/2
Posted by The Bloody Pit of Horror at 6:50 PM