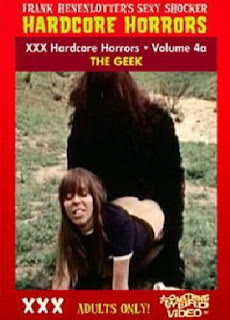 
This trailblazing 1971 "adult" feature was the first (and only?) Bigfoot porno movie. It's so good that the director, the producer, the writer (?) and none of the actors wanted to take credit for participating in it. Think you've been bored out of your mind before with needless padding? Just wait until you watch the first fifteen minutes of this one. Trees. Glorious, beautiful trees. I hope you like trees because you'll be seeing about ten long, wobbly shots of them right off the bat set to the most generic elevator score imaginable. And fields. Hope you like those, too! I hope you like fields where ugly hippies in the most hideous fashions of the day walk in single file lines. Now let's insert a blurry title card and then one informing audiences it was filmed in two different states (Oregon and Washington) and two different countries (the U.S. and Canada). After watching the entire production, I honestly never picked up on any kind of location change, unless you count the tacked on shot of a bear cub running through a field. There's also a forward with enough spelling and grammatical errors to keep English majors busy for a few days. "In the wild untamed regions of the Northwest part of our Continents strange stories have been unfolding for two hundred years. There is a legend of a mammoth being. Part animal, part human. It's grotesque form has on occasion been seen by some. Others scoff at it's existance. Yet, all respect it - They call it the 'Sasquatch' We call it - 'The Geek' 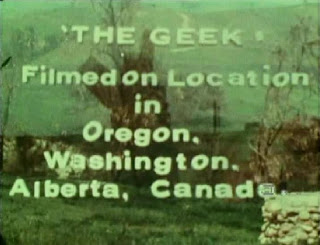 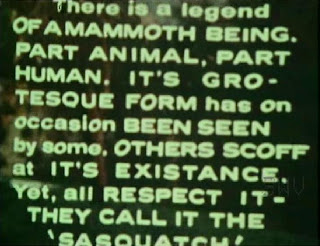 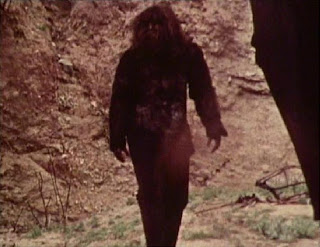 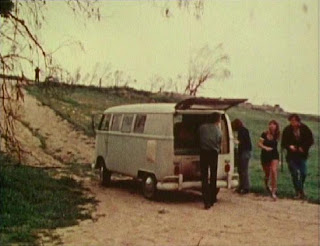 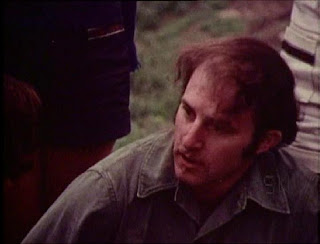 A narrator then informs us that people have been disappearing in the American Northwest. He thinks an elusive creature covered in "coarse, black, matted hair" that's as dangerous as a grizzly bear may be responsible. Six hippie types (three guys, three gals) show up in a van to go on the Bigfoot hunt. They get out, grab some gear and walk... and walk some more... and walk up a muddy trail... and walk across a field... and then walk up an embankment... A girl gets a rock in her shoe and has to stop to take it out. They find some Bigfoot footprints on the ground. I'm sure this review is every bit as boring to read as this movie is to watch. There's eventually a little hardcore action (two scenes). None of the people are particularly good looking. While the women are average, the men are downright unattractive. The film has almost no dialogue, but what little there is was obviously dubbed in later. 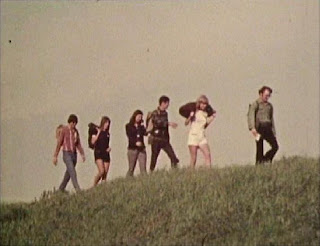 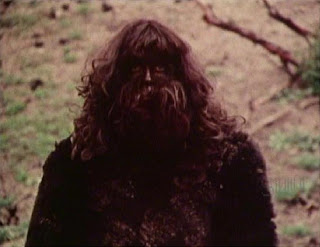 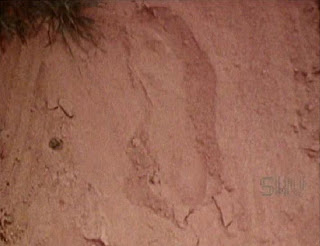 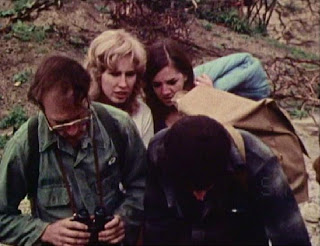 Bigfoot finally appears on the scene and, low and behold, it's easily one of the worst costumes you'll ever see. Imagine a guy with his face painted brown who's wearing a curly brown wig, a brown ZZ Top length beard, shaggy brown rugs wrapped around his torso and arms (with exposed hands) and brown slacks. Well, the creature doesn't really get to do a whole lot until the end other than walk around and grunt. But during the stirring conclusion, one of the girls walks up to it with her arms outstretched, apparently expecting a handshake. Instead the monster sniffs her, throws her on the ground, rips off her pants and then "rapes" her doggy style. The "rape" itself doesn't look like it bothers the victim a whole lot. Bigfoot then beats up the three guys and exits stage left as one of the guys says "Some day I'm gonna get that filthy animal!" The end. 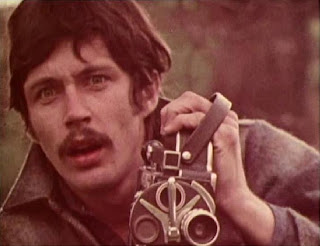 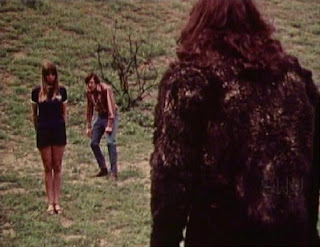 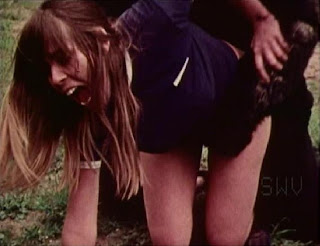 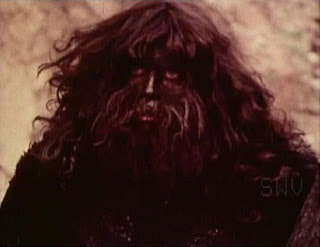 It only runs 50 minutes and apparently didn't see the light of day until 1981. A shortened version (running about 15 minutes) which is missing the human hardcore sex scenes and trims out part of the Yeti rape scene is available as an extra on the Something Weird release of GODMONSTER OF INDIAN FLATS.

there is WILD IN THE WILDERNESS (1987). "national perspirer" reporters on the trail of the "big-pütz" monster (a guy in a cheap gorilla costume). far as i remember, a good try at ZAZ-style comedy on no budget. same team also did TV-spoof GENITAL HOSPITAL (1987), where i seem to recall some guy in a hockey mask chainsaws through a wall at one point...

I should have known there'd be more than one!